It”s hard to believe that 2010 is already over. As it’s our annual tradition, here is our month-by-month look back at the year that wasn’t, yet.

Remember how shocking it was in the middle of the month when a fluke heat wave took hold of the Kanawha Valley? Temperatures went form being in the low teens to the 70s and 80s in a matter of days. Little did we know that the weather would be fantastic for the rest of the year, never wavering more than ten degrees from 75 Fahrenheit until Christmas Eve, when things cooled down enough for us to get an inch of snow in time for the holiday.

In movie news, James Cameron announced his next film will be an epic, described as “Avatar” on “The Titanic.” It will take 20 years to complete, and cost four billion dollars to produce.

DC Comics announced “Bruce Wayne Reborn” a new mini-series that will reintroduce the original Batman, who was sort of killed off in the “Final Crisis” mini-series, to the DC Universe. Superman will return from his exile on New Krypton (where he’s been for the last year) and in a new series, Superman and Batman will both be killed off again, as DC enters it’s fifth year of exploring the idea of a “world without Superman or Batman.”

A world-wide audience is scandalized when during the half-time performance by The Who at the Super Bowl, a wardrobe malfunction exposes one of Roger Daltry’s breasts. An instant campaign is begun as outraged politicians rush to protect “the children” from the trauma of seeing 60-year-old man boobs.

Al Quaeda operative, Abdul Al Boobul Emir, is arrested on a flight to Cleveland when it is discovered that he is wearing a condom bomb. The plot was foiled when Emir found that he just couldn’t bring himself to light it.

Apple unveils an exciting new product that wasn’t ready for the Consumer Electronic Show: The IMAX Nano, a handheld device that brings the excitement of a large-format theater to your pocket.

Elon Woods signs an endorsement deal with Trojan, for their new line of exploding condoms. Her catch phrase from the commercial, “That’ll learn ‘im!” becomes a world-wide phenomenon.

A shortage of green pigment makes for the worst St. Patrick’s Day ever.

The Nielsen company reveals that nobody ever really watched “Jon And Kate Plus Eight.” They faked the numbers just to mess with us.

Pearl Jam announces a reunion tour. When it’s pointed out that the band never broke up, they hastily arrange to dissolve the band for the specific purpose of reuniting. At an Easter celebration, Sarah Palin declares Easter to be her favorite direction.

The government reveals that they participated in a massive cover-up of all the UFO activity in 2009. However, it is revealed that the “Norway Spiral” was in fact just a reflection of some kid aiming a laser pen down into a flushing toilet.

A special Mother’s Day event at The Charleston Town Center, where grown children can be photographed with their mothers, is ruined when off-duty Charleston police officers, working as mall security, wade into the crowd, beating and arresting anyone with a camera. A video game based on the Balloon Boy hoax is released. It goes on to become the worst-selling video game of all time.

A Nitro man wins a record 300 million dollar Powerball payoff, but Governor Manchin is distraught when the winner opts for the annuity, rather than the lump-sum payoff. With the sudden tax windfall pulled out from under him, the Governor cancels plans for a massive party tent, stretching from Belle to Charleston’s West Side.

The “Hallelujah” sculpture in front of the Clay Center comes to life, and proves to be quite charming, eventually landing a talk show on the ION Network.

DEVO performs at The Mayor’s Concert during FestivAll. The event goes over so well that the band is brought back to perform with the symphony later in the year.

The president meets with Dick Cheney to discuss the former vice president’s endless criticism of his administration. Republican spokesmen rush to the cable news channels, declaring that “President Bush would never have met with such a shady character.” The Fourth Anniversary episode of Radio Free Charleston consists of two old guys wearing Pokemon masks playing Ping Pong, while a midget plays the flute in the background. This is the first and last time that the show is guest-directed by David Lynch.

A new NASA probe reveals the existence of Hot Wheels on Mars. And they’re genuine Red Lines, too!

July 17th is a perfect day, where nothing goes wrong, nobody is stressed out, and everyone just has a nice time.

A world-wide hamster revolution takes places, as the cute furry rodents get fed up over being replaced by Zsu Zsu Pets.

A sudden economic downturn produces a stunning revelation: You can make soup by boiling an iPhone.

An independent film, “Two Guys Painting A Dog” takes off at the box office, eventually earning over $750 million. Much of the buzz for the film is generated by the infamous “monkey on the refrigerator scene.”

Amy Winehouse appears on the Jerry Lewis MDA Labor Day Telethon. A frightened Lewis refuses to exit his dressing room until Winehouse is out of the building.

Dogs suddenly develop the ability to tap-dance. In a related story, YouTube experiences a server crash, due to the upsurge in tap-dancing dog videos.

The Yankees win the World Series again, thus restoring order to the universe.

Bill Gaither disbands the Gaither Vocal Band and forms a new punk band with Steve Jones from the Sex Pistols and Paul Simonon from The Clash.

Stephen Sondheim and Andrew Lloyd Webber collaborate on a new musical about two guys who write long letters to each other about how they don’t have any ideas for new musicals.

It is announced that Velveeta Cheese is made of people.

Tragedy at Macy’s Thanksgiving Day Parade, as the new Trojan Exploding Condom Balloon bursts into flames and falls into the crowd. A spokesman for Trojan says, “It’s an exploding condom balloon. What did you expect?”

The Elections are swept by a third party–The Trekker Party–who sieze control of both the House and Senate. Their first rule change: Filibusters must be conducted in Klingon. 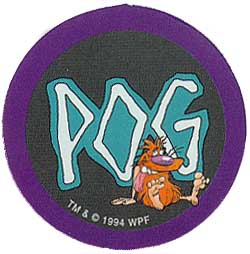 Trey Parker and Matt Stone, having run out of targets for satire, start using South Park to make nasty personal jokes at each other’s expense.

The United States switches to a new Pog-based economy. Inflation runs rampant, and by the end of the year a gallon of gas costs more than 20 Slammers.

The word is shocked one morning as Santa Claus wrecks his sleigh, and it comes out that he has mistresses all over the world. Claus was badly bruised when Mrs. Claus reportedly beat him with an oversized candy cane. As more details emerge, it became clear that the elves knew about it all along. Pastor Rick Warren and members of The Family lend council to Santa, in exchange for a large fee and a list of the mistresses.

After declaring that he only planned to do 25 episodes of Radio Free Charleston in 2010, Rudy Panucci says “Screw It” and takes the show daily.

Well, that was 2010 in review. Come back next week for Sunday videos, Monday art, RFC 91 and a back-to-normal PopCulteer.