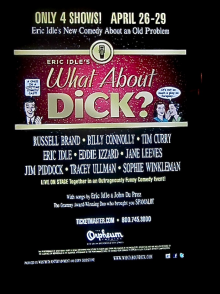 This week we’re devoting the PopCulteer to a review of a digital download. In April of this year, over four nights at the Orpheum Theater in Los Angeles, Eric Idle staged his original play, “What About Dick?” with an all star cast of Brit expatriates performing a fairly undescribable but hilarious evening of conceptual comic theatre.

Rather than go for television or theatrical release, “What About Dick?” is a digital download that combines the best of those four performances. The plot is indecipherable. The best I can come up with to explain it is that “What About Dick?” combines elements of Monty Python with the stream of consciousness storytelling of The Firesign Theater into an hysterical hybrid where even the cast members have a hard time keeping a straight face. 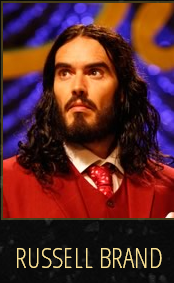 The cast members in question are quite notable. Aside from Eric Idle, “What About Dick?” stars Tim Curry, Russell Brand, Eddie Izzard, Tracy Ullman, Billy Connolly, Jane Leeves, Jim Piddock, and Sophie Winkleman. Many of the performers take on multiple roles.

This is facilitated by the oddball presentation where we essentially have a stage play presenting a vintage radio broadcast of an original radio play. The result is a much lower budget for the production and some very funny strange situations, such as when Eddie Izzard’s character, Depak Obi Ben Kingsley, is involved in an in-depth discussion with another character, also played by Izzard.

Eric Idle describes “What About Dick?” as “Oscar Wilde on acid or like ‘Downton Abbey’, only funnier.”

We have the radio performers struggling to tell a story that jumps back and forth in time and involves upper-crust British nobility, a cursed piano, and, in a flashback, the invention of a sex toy.

Much like classic albums by The Firesign Theater, the story rambles, but in a most hilarious way. Populated by Python-esque characters, the narrative spans three continents and forty years. Though it promises to tell the story of the decline of the British Empire as seen through the eyes of a piano, it never really quite does. 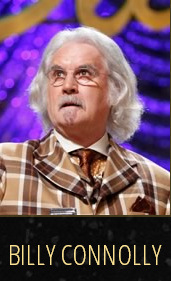 One of the most entertaining bits of this production is that the cast members find the material as amusing as the audience does. Billy Connolly in particular delivers his lines as Inspector MacGuffin with an accent so thick that everyone onstage is reduced to tears or other forms of bodily moisture.

Tracy Ullman kills as the slightly crazed Aunt Maggie, but also has a memorable turn as an ill-fated, lower class mystic who tells people’s fortunes by reading their butts. 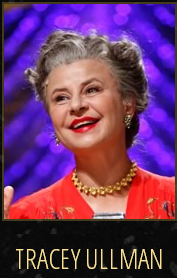 The cast was clearly hand-picked by Idle to best handle “What About Dick?” and there are too many other memorable fall-on-your-ass laughs to list here without providing a transcript of the entire play.

This is not a production for the easily offended or for people who enjoy an evening of theatre but expect it to make any kind of sense. It’s basically ninety minutes of very funny British accents, saying very silly things, and cracking more than a few dick jokes. 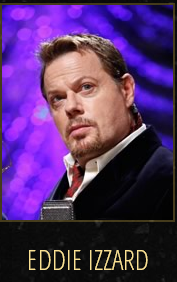 Idle’s “Spamalot” collaborator, John DuPre, provides incidental music and a few musical numbers and also leads the onstage orchestra. The sound effects guy is also onstage, which makes for quite a few funny sight gags as he confuses some of the sound effects.

“What About Dick?” is a must-see for fans of Monty Python and cutting edge British comedy. Since it’s not likely to be staged again, at least not with as impressive a cast, the digital download is your best way to go. The best part about “What About Dick?” is that being a digital download, which requires no packaging, parking fees, concession stands, gas money, or sales tax, it’s a very affordable six bucks. 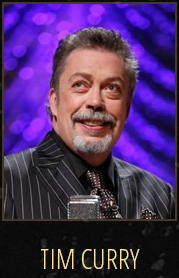 That buys you a completely DRM free download which you can move from computer to computer or burn to DVD or view however you wish on any media device, with no restrictions. Louis CK did this last year with a stand-up special and wound up making more money than the budget for an entire season of his show on FX. Clearly, this could be the wave of the future. You can purchase and download “What About Dick” at this website.

At one point, I considered including “What About Dick?” in the PopCult Gift Guide (which kicks off next Monday), but since it is a digital download and not a wrapable object which you can toss under a tree, I decided to simply recommend it wholeheartedly in this week’s PopCulteer.

Next week in PopCult, you can look forward to our regular features, plus a new episode of Radio Free Charleston, plus the PopCult Gift Guide, which will run weekdays for two or three weeks.