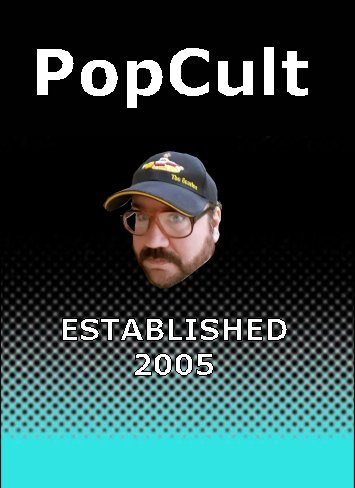 The PopCult Blog began in 2005 as part of The Charleston Gazette‘s “Gazz” multimedia website.  One of the inaugural “Gazzblogs,” PopCult became nationally-recognized while retaining much of its local interest.

Since day one, Rudy Panucci has been the sole author of PopCult. Charged with covering anything related to pop culture, Rudy used his experience as a disc jockey, speech writer, comic book writer, artist and editor, animation columnist, action figure expert, toy industry consultant, trading card expert and life spent as a student of comedy, cool stuff and weirdness to create a unique and personal blog that covered the fringe aspects of pop culture with no small amount of nostalgia, wonder and bewilderment.

Rudy always credits Douglas Imbrogno, at the time the guiding light of The Gazz, with unleashing this blog on the world (and for giving the blog its name).

Over time the Gazette lost interest in The Gazz. Other Gazzblogs petered out. The Gazz section of the newspaper became just a regular weekend section, and the paper merged with its rival, The Charleston Daily Mail, then went through a bankruptcy and was rescued somewhat by HD Media.  Unfortunately, The Charleston Gazette-Mail is facing the same issues that every print newspaper in the world is up against, and began shedding award-winning reporters and editors, and more importantly, advertisers.

While The Gazette has graciously played host to PopCult, they never really seemed to be too enthusiastic about it. No efforts were made to monetize it, and the last time the blog was mentioned in print was in 2015 for its tenth anniversary.

In November, 2020, The Gazette-Mail redesigned their website, and the new design did not have any links with which to navigate to The PopCult Blog. While the author does not assign malice to this action, it was a good motivator for him to back up all his posts for the previous fifteen years and set up an independent website to host the blog. You’re reading that now.

For the time being, the this blog will be maintained on both sites, but eventually The Gazette-Mail is bound to pull the plug, so here we are.