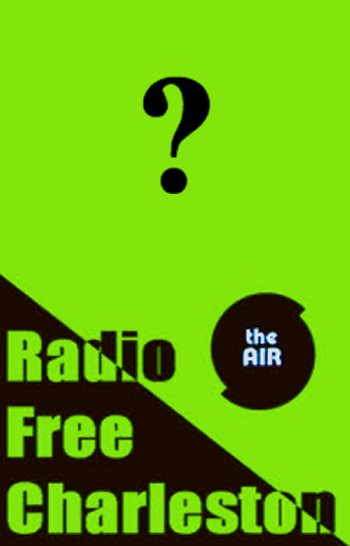 Tuesday on The AIR  we deliver a mysterious sort of  brand-new episode of Radio Free Charleston. It’s three hours of  local music that you have to discover on your own. You simply have to move your cursor over and tune in at the website, or you could just stay on this page, and  listen to the cool embedded player over at the top of the right column.

We have a new Radio Free Charleston at 10 AM and 10 PM Tuesday.  This week we aren’t going to tell you exactly what’s on the show. What happened was, I found a bit of a gem on an old hard drive. Back in early 2015, when RFC was on Voices of Appalachia, the internet radio station that eventually became The AIR, I put together a four-hour block of local and regional music for the station to use in case of an emergency.

This programming block had everything from vintage RFC material dating back as far as 1989 to audio from our video years to unreleased demos and other cool surprises. As far as I know, this block of local music never aired.

I have never done a “mixtape” episode of Radio Free Charleston V 5 until now. I took the four hours, cut it down to three, and only announce at the top of the show. In fact, when I recorded the intro, I mistakenly thought that I only had a three-hour block of music. I had to do some trimming, so I may bring you the remaining hour or so next week.  In this show you will hear artists like Three Bodies, Under Social, Go Van Gogh, Pepper Fandango, John Radcliff and many, many others.

It’s a change of pace, and I thought the folks who tune into RFC for the local music might appreciate a full show of it. We’ll be back to our normal free-format approach next week.

You can hear this episode of Radio Free Charleston Tuesday at 10 AM and 10 PM on The AIR, with replays Wednesday at 9 AM, Thursday at 3 PM. Friday at 7 PM, plus Saturday afternoon, and again at Midnight, and then one more replay Monday at 11 AM.

As is now the norm, I’m also going to  embed a low-fi, mono version of this show right in this post, right here so you can listen on demand.