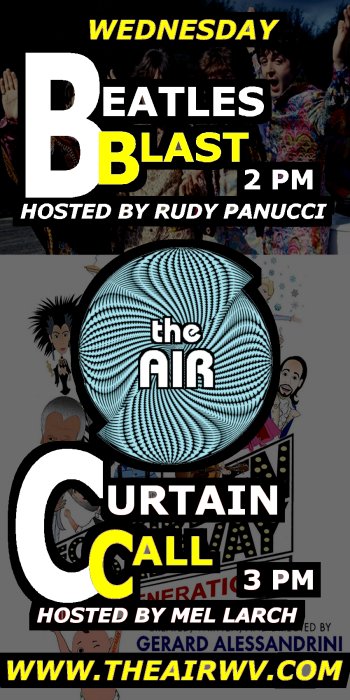 Wednesday afternoon The AIR brings you brand-new of Beatles Blast and Curtain Call!  You can tune in at the website, or on this embedded radio player…

At 2 PM, your humble blogger returns with a full hour of music that shows off The Beatles’ friends and family. You’ll hear tunes that the Fab Four play and sing on with their buddies, plus songs from their offspring, spouses and other family members. We even have a song that Ringo plays drums on that was recorded earlier this year.  Check out the playlist.

Beatles Blast can be heard every Wednesday at 2 PM, with replays Thursday at 10 PM, Friday at noon, and for this weekend, nothing on the weekend due to our RFC Labor Day Marathon, exclusively on The AIR. 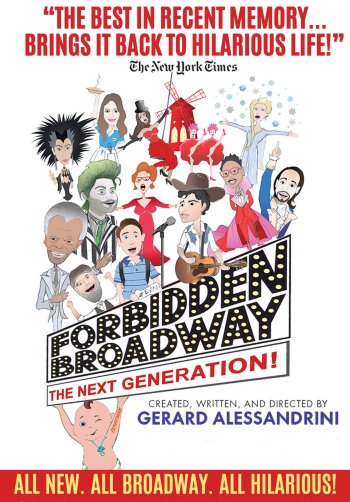 At 3 PM Mel Larch devotes the entire hour of Curtain Call to this year’s new incarnation of Forbidden Broadway.  Forbidden Broadway is an off-Broadway revue that takes the biggest hits and brightest stars of the Great White Way and makes merciless fun of them. Since the show was conceived, written and directed by Gerard Alessandrini back in 1982, it has been revised over a dozen time, keeping the parody fresh and picking new targets for its wicked satire.

The latest iteration of the show, Forbidden Broadway: The Next Generation, ran back in January and February at The York Theatre Company, and before fate stepped in to make every theater go dark, this version of the show took its potshots at Hamilton, Hadestown, Dear Even Hanson, Waitress, Frozen, Fosse-Verdon, Judy Garland, Bette Midler and more.