Fightful.com Does A Run-in With A Magazine 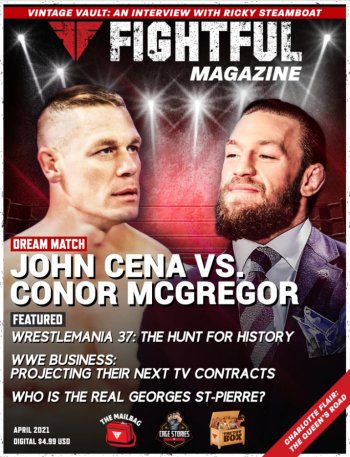 Longtime PopCult readers probably know that I enjoy watching professional wrestling. I don’t write about it a lot here, because it’s something I watch to get my mind off of work, and I don’t want to turn it into work. I do cover it occasionally, since it is such a big part of pop culture.

Since I got hooked back in 1998 while watching RAW so I’d know what action figures I was writing about for Toy Trader Magazine,  I’ve enjoyed the world of scripted athletics and, especially over the last few years, I enjoy following the business end of things and I really like to follow some of the deep inside goings-on in the industry.

There are some great news sources for this, predominantly Dave Meltzer and Wade Keller, but recently Fightful.com has emerged as their equal, with a well-assembled team of younger reporters and correspondents who do an amazing job keeping track of and sorting out the news, rumors, speculation and revelations of the sport.

Canadian web entrepreneur Jimmy Van owns the site, and he made a very wise choice picking Sean Ross Sapp to be his editor-in-chief. The charismatic Sapp has assembled a very talented team of writers and podcast hosts like Jeremy Lambert, Denise Salcedo, Robert DeFelice and others, and they put out a great product, covering a business that now requires almost constant supervision, with fresh major wrestling shows to report on happening every day of the week, all year long.

The explosion in wrestling lately has made it nearly impossible for one person to monitor every wrestling show that has a national cable outlet, and that doesn’t take into account the many YouTube based shows, indie shows, international feds and programming on streaming services.

For example, Pluto.TV now has three entire 24/7 channels dedicated to professional wrestling, and they don’t have WWE or AEW. 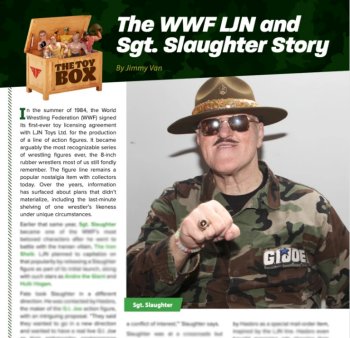 Fightful does a tremendous job covering all this stuff, and even covers MMA, which I don’t keep up with myself. It’s great that Fightful covers it, but there are only so many hours in a day.

The point is, Fightful.com is a terrific source for all your wrestling news, with articles, podcasts, plus they offer exclusive features on their Fightful Select subscription service, to which I will subscribe as soon as they go independent from Patreon (I bailed on Patreon over a billing dispute a few years back, and just don’t trust the service any longer).

Now, I’m not just kissing Fightful’s butt for the sake of plugging them, not that there’s anything wrong with that, but this week–just in time for Wrestlemania– Fightful debuted the first issue of Fightful Magazine. The first issue is digital only, and it’s a mere five bucks for an instant download. Luckily for us old folks, future issues will also be available in print form.

The premiere issue is a fun, 45-page affair, loaded with informative articles which are not so topical as to be rendered useless by the Fightful.com website. There is no “breaking news” here, just great and informative wrestling journalism. 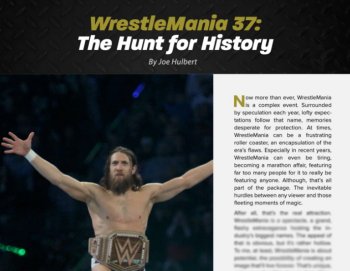 There’s a terrific profile on Charlotte Flair, written by Molly Belle. Brandon Thurston, from Wrestlenomics Radio, offers an in-depth look at WWE’s potential future TV rights prospects. Taeler Hendrix offers up a profile of Taya Valkarie, who is likely to turn up in NXT next week as “Franky Monet” Jimmy Van, himself, turns in a really cool article about a rare Sgt. Slaughter action figure prototype.

And that’s just the tip of the iceberg. Fightful Magazine is a fun and informative treat for die-hard wrestling fans, and I look forward to being able to purchase print copies in the future. It’s cool to see something new coming to print media, and also great to see Fightful covering deeper topics than they get to explore during their regular week of posting scoops and hot news.

You can order the first issue of Fightful Magazine HERE, and if you’re not feuding with Patreon, sign up for Fightful Select HERE.