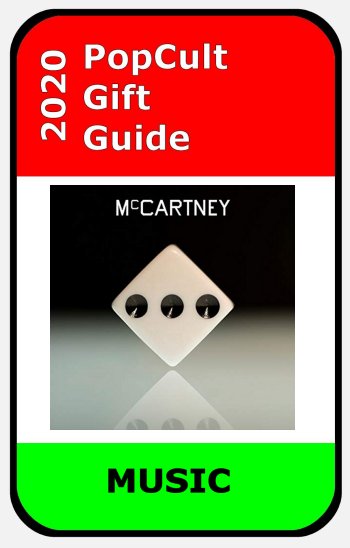 Next up for Beatles Day in The 2020 PopCult Gift Guide we have brand-new music from Sir Paul. This is another pre-order, due out on December 11, of a brand-new Paul McCartney album, recorded during the pandemic lockdown–or “rockdown” as McCartney calls it–and it’s the third in a series of albums where almost every instrument and voice is performed by McCartney himself.

Paul McCartney will release McCartney III on December 11th. Paul hadn’t planned to release an album in 2020, but in the isolation of “Rockdown,” he found himself fleshing out some existing musical sketches and creating new ones. Before long an eclectic collection of spontaneous songs would become McCartney III: a stripped, self-produced solo work marking the opening of a new decade. Built mostly from live takes of Paul on vocals & guitar/piano, overdubbing bass, drums, etc. atop this foundation.

2020 marks 50 years since Paul McCartney released his self-titled first solo album. Featuring Paul playing every instrument and writing and recording every song, McCartney’s effortless charms have only grown in stature and influence over time. The chart-topping album would signify not only a creative rebirth for Paul, but also as a template for generations of indie and lo-fi musicians seeking to emulate its warm homespun vibe and timeless tunes including ’Maybe I’m Amazed’, ‘Every Night’ and ’The Lovely Linda’.

In 1980, 10 years from the release of McCartney, Paul wrapped up the decade of Wings with the surprise release of his second solo album, the electronic-tinged McCartney II. Once again featuring Paul entirely on his own, McCartney II would come to be regarded as a leftfield classic, with classic cuts such as ’Coming Up’, ‘Temporary Secretary’ and ’Waterfalls’.   Hard as it is to believe, it’s only been two years since Egypt Station went #1–and it was only last year that Paul’s Freshen Up tour played its last show before Covid hit pause on live music, a legendary blowout at Dodger Stadium in Los Angeles. 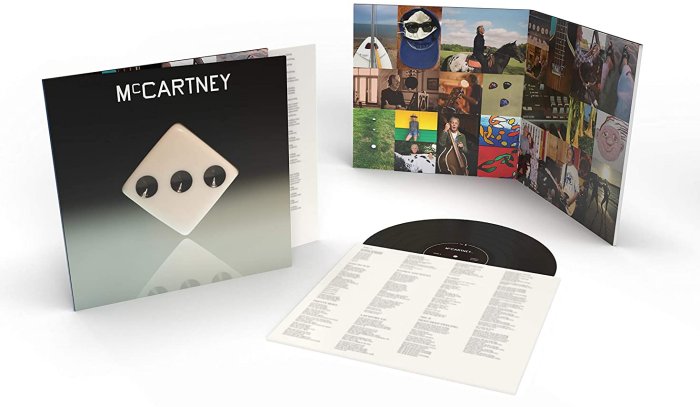 Recorded earlier this year in Sussex, McCartney III is mostly built from live takes of Paul on vocals and guitar or piano, overdubbing his bass playing, drumming, etc. atop that foundation. The process first sparked when Paul returned to an unreleased track from the early 90s, ’When Winter Comes’ (co-produced by George Martin). Paul crafted a new passage for the song, giving rise to album opener ’Long Tailed Winter Bird’—while ’When Winter Comes’, featuring its new 2020 intro ’Winter Bird’, became the new album’s grand finale.

This album will be the perfect gift for any fan of McCartney or The Beatles who will be excited to hear new music from the 78-year-old wunderkind. You can pre-order it from Amazon, or if your giftee is into colored vinyl, there are quite a few retailer limited edition exclusives in different colors like pink, red, green, yellow (sold out), white (independent record shops only), blue (Australia),and “Coke bottle” clear (also sold out already).

Here’s a short trailer for the album…