Hail To The King

Way back in 2005 I was championing the cause of Jack Kirby, the man who created or co-created a huge number of the most iconic comic book creatins in history. Without him there would be no Marvel Cinematic Universe, no major villain in DC’s upcoming Justice League movie, and no “inspiration” for George Lucas to put Darth Vader or The Force in the Star Wars movies.

Last year Disney settled with the Kirby family for what is reported to be tens of millions of dollars, but more importantly, Kirby will be credited fairly for the characters that sprang forth from his mind. This is what I wrote in PopCult nine years and eleven months ago… 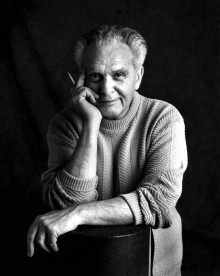 Okay, there are few things cooler in this world than the creative legacy of Jack Kirby (1917-1994).

This is the guy who co-created Captain America in the 1940s, and gave the comic book world loads of memorable characters like The Newsboy Legion, The Vision, Sandman, The Challengers Of The Unknown, among other classics. 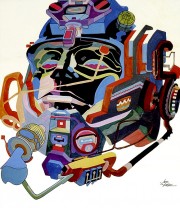 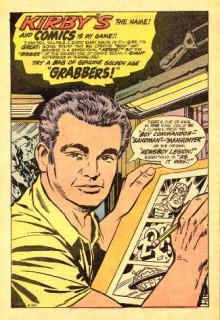 When he left Marvel to work for DC Comics, at an age when most cartoonists are contemplating retirement, he still had enough left in his tank to bring us classics like Kamandi, The New Gods, Mister Miracle, and Etrigan, the Demon.

Perhaps because he’s not the one whose uncle owned the company, Kirby gets a bit of a short shrift when it comes to things like putting his name on blockbuster movies based on his Marvel co-creations (Fantastic Four, Hulk, X Men), and his estate doesn’t even get paid royalties when Marvel reprints his classic work. Even when they do it in a coffee-table book called “Marvel Visionaries: Jack Kirby.”

DC treats Kirby better, but he’s responsible for so much of what makes up comic books today that he really deserves more acclaim. 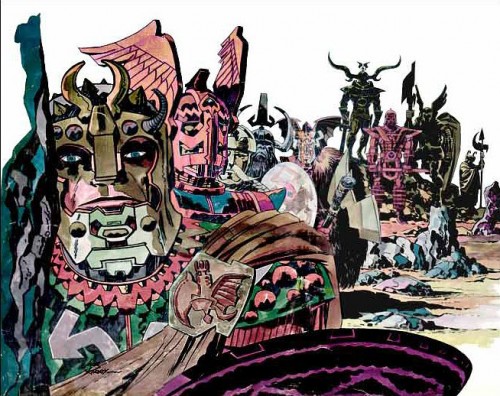 So, it’s really cool that Kirby now has a museum dedicated to his work. It’s about time the guy got the credit he deserves. This is a guy who was creating memorable characters from the 1930s to the 1980s. Most of the modern-day universes of both Marvel and DC Comics are deeply-rooted in Kirby’s concepts and creations. 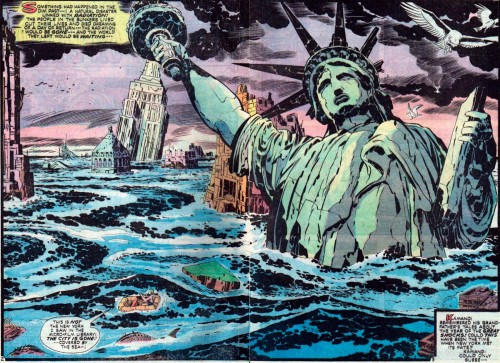 The museum is an online presence for now, with the stated goal of developing a traveling retrospective of Kirby’s work. Brought to life by Randolph Hoppe, Kirby’s daughter, Lisa, and John Morrow (publisher of JACK KIRBY COLLECTOR ,along with other great books and magazines that preserve comic book history), the Jack Kirby Museum is a long overdue honor for the man who almost single-handedly created the modern comic book. Check out the Kirby Museum here

It’s a good start when it comes to recognizing the plucky little Brooklynite, without whom we would not have two-thirds of today’s most recognizable comic book favorites. And think how cool it would be if the Avampato Museum at the Clay Center could sign on to host the traveling retrospective when it starts in 2007.