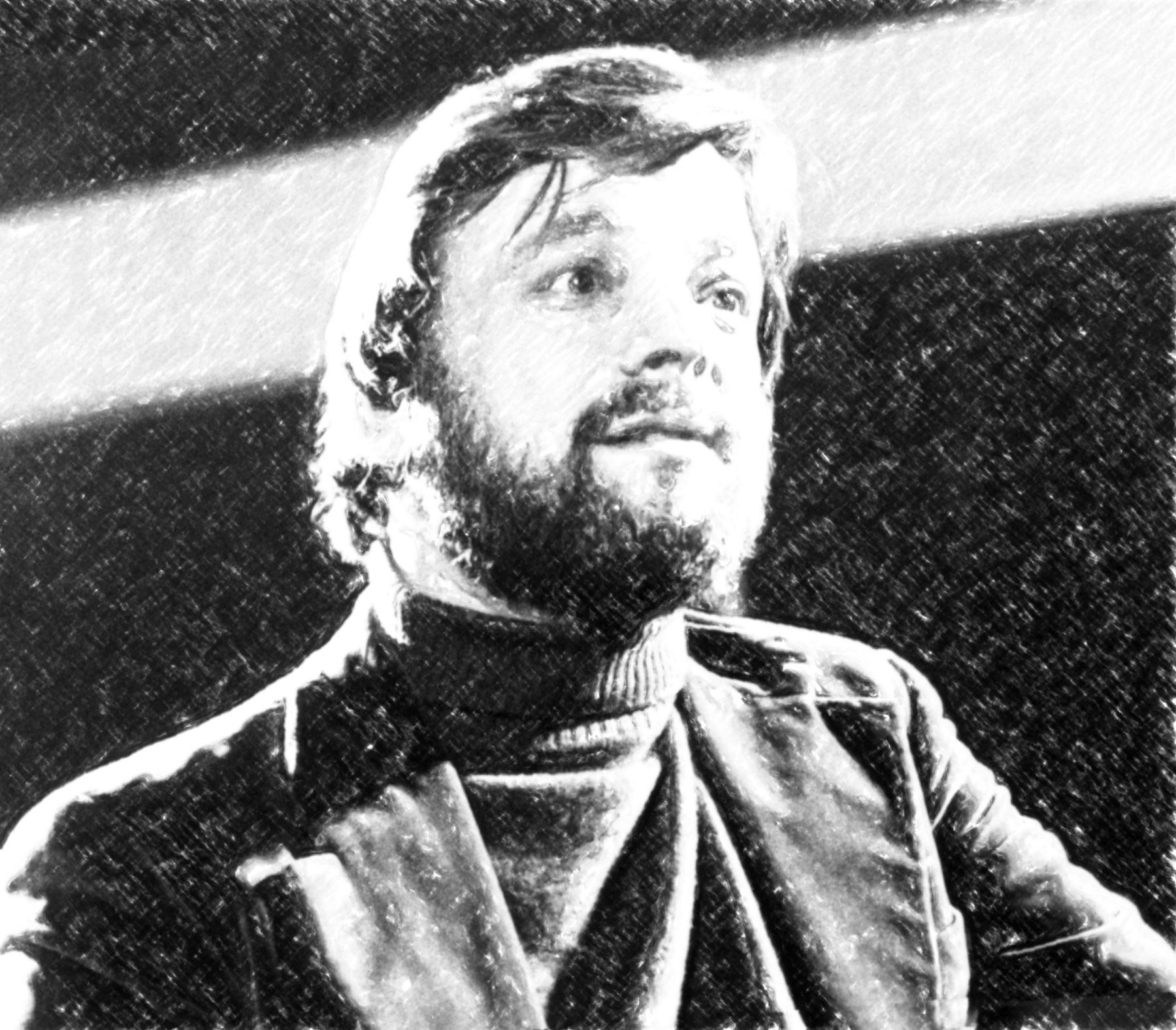 The world of musical theatre lost a Titan last Friday. Stephen Sondheim, the most important composer of Broadway Musicals died at the age of 91. Mrs. PopCulteer, Mel Larch, is devastated, and to pay tribute to the master, I decided to do a pencil sketch of him based on a photo I found online of Sondheim in the 1970s.

My Myasthenia Gravis has subsided to near-remission levels with the change of seasons, and I was able to draw this on a sheet of copy paper, using my trusty Blackwing Palamino pencil, which not coincidentally was also Sondheim’s weapon of choice when jotting down his lyrics. After scanning the drawing I cropped it digitally and cleaned up a few smudges.

Though the bulk of my exposure to the work of Stephen Sondheim came from my wife (in fact, I probably first laid eyes on Mel during a production of “Side By Side By Sondheim” at The Charleston Playhouse), I was well aware of his work before that. It felt necessary to pay tribute to a man who contributed so much to pop culture.

If you want to see this drawing larger, just click on it.

Later today we will be back with Day Twenty-one of The 2021 PopCult Gift Guide, and I believe today our theme will be random. PLus around 3 PM EST, we will have a third post today, but it’s a secret and you’ll just have to wait until then.

Meanwhile, Monday at 2 PM on The AIR, we bring you a recent episode of  Psychedelic Shack, followed at 3 PM by a recent edition of Herman Linte’s weekly showcase of the Progressive Rock of the past half-century, Prognosis.  You can listen to The AIR at the website, or on the embedded radio player at the top of the right-hand column of this blog.

Our friends at Haversham are sadly focused on reporting on recen developments with the Omicron COVID variant for their paying clients, so the fun radio stuff had to take a backseat again this week.

Psychedelic Shack can be heard every Monday at 2 PM, with replays Tuesday at 9 AM, Wednesday at 10 PM, Friday at 1 PM,  and Saturday at 9 AM. Classic episodes can be heard Sunday at 9 AM as part of our Sunday Haversham Recording Institute collection.

At 8 PM, we are going to present a special marathon of Mel Larch’s Curtain Call on The AIR. The first six hours will feature shows that pay tribute to Stephen Sondheim, including an early episode from 2016, a three-part special commemorating his 90th birthday, and a two-part show devoted to “West Side Story.” We wlll replay these six hours Wednesday in Curtain Call’s regular timeslot of 3 PM on The AIR.