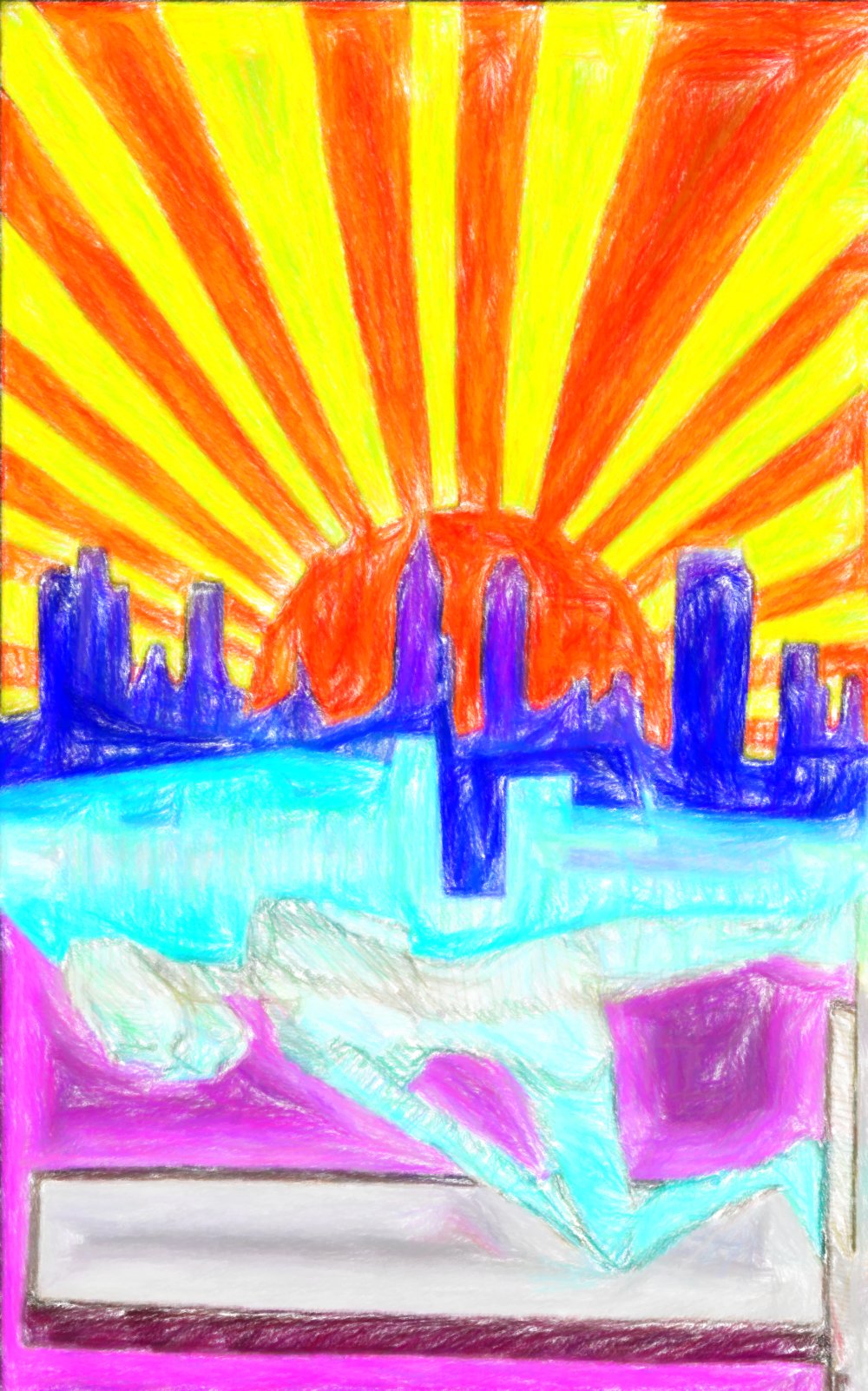 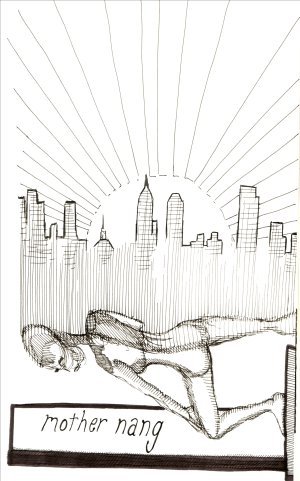 Twenty eight years ago I did a series of drawings to be considered for cassette insert artwork or flyers for the band, Mother Nang.  Some were used for flyers, but most sat unused in my sketchbook until I finally got around to scanning them a few years ago. This past weekend, I decided to print one out and colorize it using a medium in which I do not often work: Crayola Crayons.

The original drawing was meant to be printed in black and white, and to be honest, I don’t remember if this was a rough sketch or the finished piece. Sometimes it’s hard to tell.

The idea was to make a piece of art that didn’t have a set orientation. Either way you looked at it, some of it seemed sideways.

Even though I intended this to be in black and white, I decided to try my (very shaky) hands at putting color to it, and the result is what you see above. I’m not thrilled with the re-scan, because it lost some of the subtlety of the color.

You can see the original drawing to the right. Don’t bother clicking on it. It doesn’t get any bigger.

Meanwhile, Monday on The AIR, we bring are shrinking the Monday Marathon to six hours so that me may return to our original scheduling concept.At first, our big idea was to debut one of our specialty music programs at 3 PM, and then, the next weekday, we’d replay it at 7 AM.  When we started the Monday Marathon this was disrupted, and now we’ve put things back the way they were. So at 7 AM, you will hear a replay of last Friday’s edition of Sydney’s Big Electric Cat. At 9 AM you’ll get six hours of Radio Free Charleston, this week, and whatever we decide to drop in that space each week going forward.

At 3 PM on Prognosis, Herman Linte brings us a recent encore episode, and then that’s followed by a classic Prognosis and an evening of Psychedelic Shack and Radio Free Charleston. You can hear replays of Prognosis Tuesdays at 7 AM and 8 PM, Wednesdays at 9 AM, Thursday at Noon, and Saturday at 9 AM. But we’ll be tinkering with the schedule over the next few weeks, so don’t get too used to that.