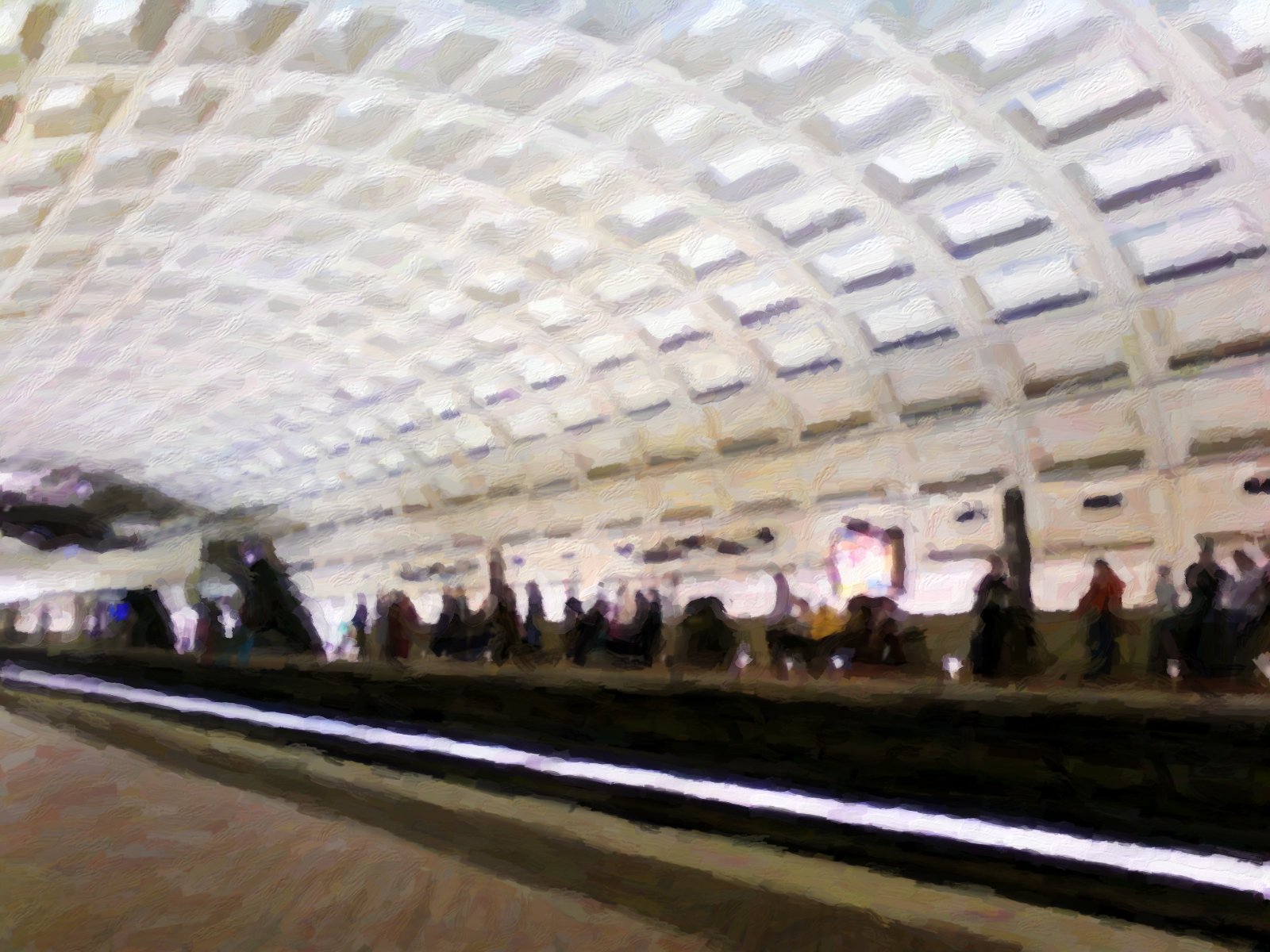 A friend of mine was recently in Washington DC, and posted photos of a Metro station there. It reminded me how cool I thought they looked, with the curved and contoured ceilings, so I dug up some old reference photos of a Metro Station from my first trip to our nation’s Capitol, some ten years ago, and tried my hand at some faux Impasto, using some really cheap and lumpy acrylics I had laying around. The combination of cheap paint, wonky fingers from Myasthenia Gravis, and the need to slip a piece of clear plastic between the still-wet art and the scanner gave the finished piece more of a smooshed quality than I’d hoped for, but it still came out sort of accidentally impressionistic, so I’m posting it here.

Meanwhile, Monday at 2 PM on The AIR, we bring you a new episode of  Psychedelic Shack, followed at 3 PM by a new edition of Herman Linte’s weekly showcase of the Progressive Rock of the past half-century, Prognosis.  You can listen to The AIR at the website, or on the embedded radio player at the top of the right-hand column of this blog.

Psychedelic Shack can now be heard every Monday at 2 PM, with replays Tuesday at 9 AM, Wednesday at 10 PM, Friday at 1 PM,  and Saturday at 9 AM. Classic episodes can be heard Sunday at 9 AM as part of our Sunday Haversham Recording Institute collection.

At 3 PM, Herman Linte offers up a new Prognosis, which spends it’s first hour bringing us tracks from new Prog-Rock releases and then devotes the second hour to 1970’s classics, including Rick Wakeman’s Journey To The Center of the Earth.

At 7 PM, stick around for a 12-hour marathon of New Wave Music with Sydney’s Big Electric Cat.