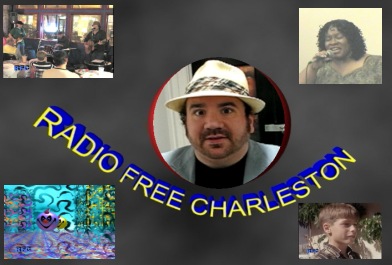 This week we are going back to March 2008 for “Fantastic Four Shirt,” episode 37 of Radio Free Charleston. This is a very special episode because it features two acts who were alumni of the original RFC radio program, but were just making their first appearance on the video version of the show. Lady D is, of course, Doris Fields,a legend of the West Virginia music scene. Blue Million was also an RFC radio vet–Their front-man, Alan Griffith, appeared performing solo on one memorable night, backing up me and The Stunning Janice as we butchered Bob Dylan’s “Like A Rolling Stone.”

Also on the this episode is an installment of “The Android Family,” and part four of Frank Panucci’s series of enlightening animation, this episode is called “Porky Bang.” Host segments were shot at LiveMix Studio’s Quarrier Street home.

You can read the production notes here.