Ringo and All That Jazz, Wednesday On The AIR 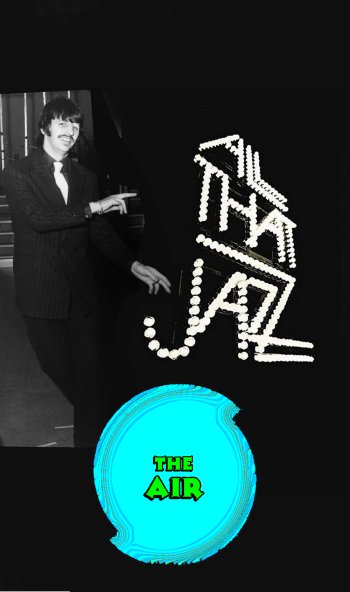 Wednesday afternoon The AIR brings you special brand-new episodes of Beatles Blast and Curtain Call!  You can tune in at the website, or or you could just stay on this page, and  listen to the convenient embedded radio player lurking over in the right-hand column of this blog.

At 2 PM, your truly returns to host a  Beatles Blast mixtape salute to Ringo Starr, who turned 80 years ago this past July. We bring you the highlights of his solo musical career ranging from his early singles through album tracks from every decade since the 1970s.

Beatles Blast can be heard every Wednesday at 2 PM, with replays Thursday at 10 PM, Satruday at 2 PM, and the following Tuesday at 9 AM.

At 3 PM on Curtain Call, Mel Larch  brings you three tracks from three recent solo albums by musical theatre stalwarts, Lauran Benenti, Tim Minchin and the late Nick Cordero. Then, in a minor departure, Mel brings you the entire soundtrack album from a classic movie musical that never made it to the stage, Bob Fosse’s All That Jazz,a thinly-veiled autobiography in the form of a movie musical. After the main title theme, you’ll hearclassic songs that he felt defined his life, like “On Broadway,” “There’ll Be Some Changes Made,” “After You’ve Gone” and “Bye Bye Love,” along with original songs, incidental music composed by Ralph Burns and more, all presented mixtape-style for the final 49 minutes of the show.