Stuff To Do Halloween

That’s the latest Radio Free Charleston Halloween show at the top of this post, just to get you in the spirit of the holiday. There’s a metric ton of stuff to do Halloween night, so we’re going to dive in with a couple of hot picks that you might not have heard about. The big show in town will be at The Empty Glass with their 16th annual Halloween Hootenanny. I told you all about it HERE.  However, there are a couple of alternatives if you don’t want to make the drive in to Charleston, or if you want a quieter evening of macabre reflection. 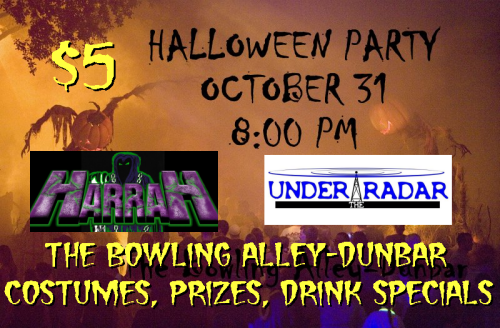 First up, we have HarraH, whom you can see closing the show in the above episode of RFC, performing with the reunited Under The Radar at The Bowling Alley-Dunbar, which is turning into one of the area’s most fun music venues. The party starts at 8 PM with games prizes and a costume party. Under the Radar kicks off the music at 9 PM with Harrah picking up and taking the show to midnight. Five bucks gets you in the door, and if the spirit moves you, you can bowl a few frames while rocking out.

There will be a screening of The Rocky Horror Picture Show at The Alban Arts Center in Saint Albans, starting at 8 PM. Details in this poster… 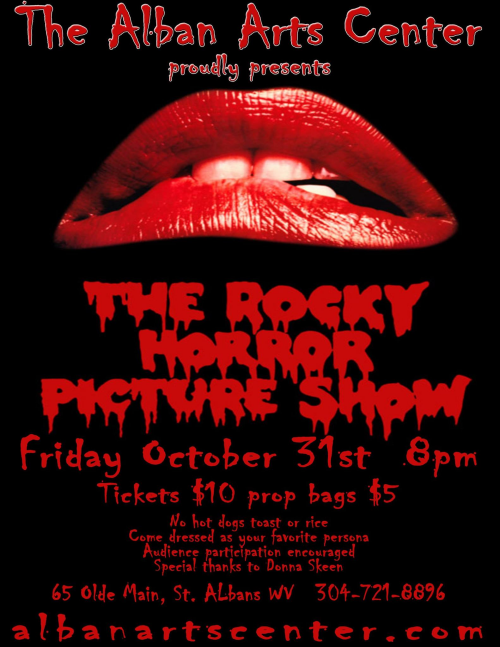 If you want something a little quieter, then head out to The Electric Sky Theater at The Clay Center for a free screening of the silent vampire classic, Nosferatu. Directed by F.W. Murnau and starring Max Schreck as vampire Count Orlok, this is the earliest screen adaptation of Bram Stoker’s “Dracula,” and what many film critics consider to be a “masterpiece of silent cinema.” The film begins at 11:30 PM, and as I mentioned, it’s FREE. You can’t beat that with a stake. 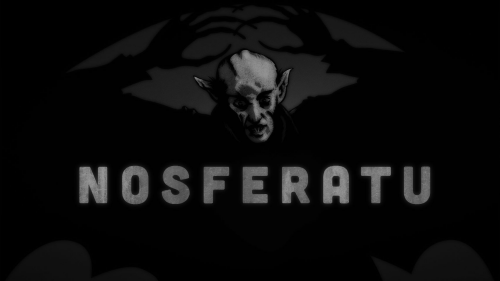 The PopCult Bookshelf will return next week. This week we were too scared to read anything.