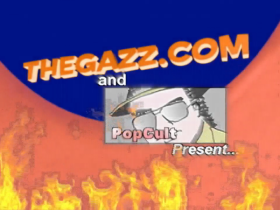 For our video viewing tonight, we’re dipping into the RFC vault for a treat from our early days, newly-polished for your happy enjoyment.

From August, 2006, this is the third episode of Radio Free Charleston, restored and remastered. This early edition of RFC features a solo performance by Eduardo Canelon, of Duo Divertido and Comparsa fame, plus a vintage video from Charleston legends, Three Bodies.

Also in this show, is the first installment of “Pentagram Flowerbox” by Third Mind Incarnation (restored to the show for the first time since 2007) and the short film, “The Alien Threat” by Frank Panucci. 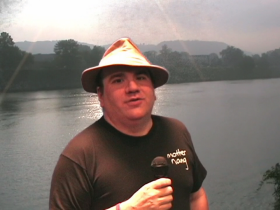 The third episode of Radio Free Charleston is a bit of a departure show for us. This is the only show where the host segments were shot against a green screen, It was our first to feature a pre-made music video, and this remastered edition includes the first chapter of “Pentagram Flowerbox,” once a recurring RFC cartoon by Third Mind Incarnation about Satan living in a trailer park that ran off-and-on in the first year of Radio Free Charleston. 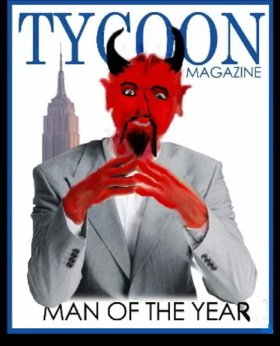 Following a dispute with the man behind Third Mind Incarnation, all the Pentagram Flowerbox cartoons were edited out of Radio Free Charleston’s archives. Peace was made last year, and the shorts will be reinserted into the show as we progress with the remastering process. The only catch is, Third Mind Incarnation wishes to remain anonymous.

The premise of Pentagram Flowerbox is that Satan moves into a trailer park so that he can be filmed for a reality TV show.  Third Mind Incarnation is heavily influenced by The Church of the Subgenius, and restoring Pentagram Flowerbox to Radio Free Charleston helps us recover some of our lost “slack” mojo. 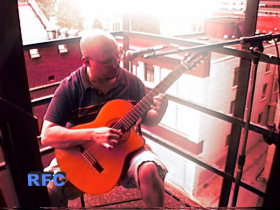 Hot Latin guitar from the master

The first musical guest in this episode, Eduardo Canelon, ran off to host a music camp before we had a chance to find out what the piece of music he performed was called. He treats us to a very cool, laid-back Spanish number, performed on the LiveMix Studio fire escape. In the many years and many appearances by Eduardo on RFC in Duo Divertido and Comparsa since this episode debuted, I have still not remembered to ask him what this piece is called.

The performance was directed by Brian Young, with camera by Brian and Greg Wegmann. Red tinting was added by Frank Panucci during the editing of the show. 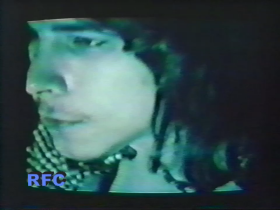 Our other musical guest is Three Bodies–no mean feat, since they hadn’t performed together in over fifteen years when this show was assembled. “Shingles And Tar” is a vintage music video, which was hastily assembled in the summer of 1991, the day before it was due to be shown at a film festival. I got a call from RFC Big Shot, Brian Young, and headed down to an editing bay at West Virginia State College with a handful of tapes of stock footage.

We combined the stock footage with a short film Brian had made starring Kris Cormandy, the lead singer of Three Bodies, and wound up with a decent little music video. As the night wore on, and the deadline loomed, we slacked off and ended the video with what may be a world record for the most nuclear explosions ever used in a rock music video.

For reasons of copyright and ox-mistreatment, this video was re-edited slightly when we included it in the show. We have not bothered to restore the video, since nobody really noticed. 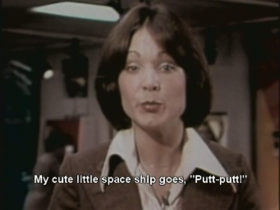 Part of the translated alien message

We wrap up the show with a public service announcement of great importance. There be aliens afoot, and this short film will make you keep watching your foots.

After we finished the show, we noticed that an unintentional theme had emerged. The show seems to be a bit hot. Perhaps subconsciously influenced by the record heat we’ve had in the valley during the summer of 2006., this episode of Radio Free Charleston has a recurring flame motif. In fact, the heat is the reason we used a green screen, instead of shooting on location.

We actually shot the host segments twice. The first time, we had audio problems that were insurmountable. This was actually a good thing, because I was experimenting with my “look” for the show, and the particular combination of facial hair and beat-up old fedora that I tried for the first shoot imbued me with a look not unlike that of a fat Jed Clampett.

So we rescheduled the host segments for two days later. When faced with the prospect then of shooting on a rooftop in 104 degree weather at two in the afternoon, my resistance to the idea of using the green screen melted away, and we absconded to the secret RFC studio. I prefer shooting on location, but I think the show looks all right this time. In many ways, this is our hottest show yet! We’ve got fiery Latin balladeering, a neighbor from Hell, lots of nuclear explosions, and an oppressive heat which we defiantly flip off by shooting in an air-conditioned studio.

Much in the same manner which we defiantly flip off Capitol High School’s principal, Clinton Giles, in our most recent episode. See, it all comes full circle. 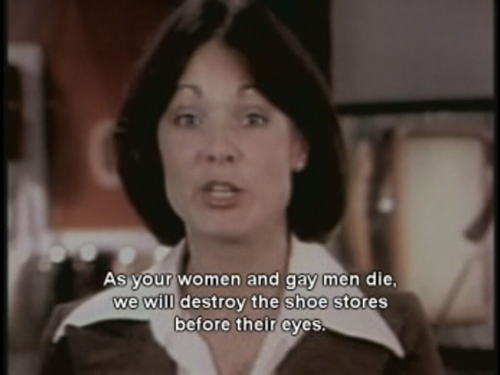 More of THE ALIEN THREAT