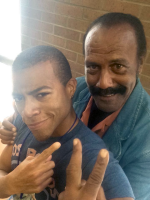 We’re running a bit late this week, but we have the first of many videos from the just-concluded ShockaCon horror and science fiction convention.

This video is of Friday’s panel featuring The Walking Dead‘s Moses J. Mosley, one of Michonne’s pets, and Jeremy Ambler, the noted walker from season two. They answer audience questions and 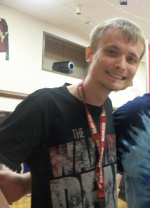 talk at length about how they came to be cast on The Walking Dead, going through Zombie School and what it was like on the set and going through the elaborate makeup process.

Over the next several days you can expect many more videos from ShockaCon, including a cool musical montage wrap-up. That will take the place of The RFC MINI SHOW, which will return next week.