Today in The 2021 PopCult Gift Guide we are going to run with the idea of suggesting early video gifts that can help get the Christmas grump on your shopping list embracing the holiday spirit.
These are all DVD or Blu Ray releases of classic and/or obscure Christmas shows. They may be available on streaming services or as digital downloads, but since those can’t be wrapped, I’m concentrating on physical releases.

All the links in the prices lead to Amazon, just to make life easier. I’m sure you can find these elsewhere if you don’t want to underwrite any more of Mr. Bezos’ space missions. 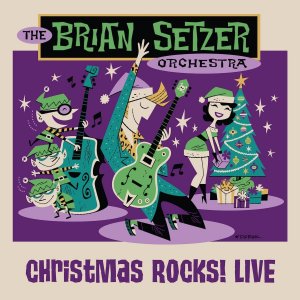 Christmas Rocks! Live was filmed in Santa Barbara at the Granada Theatre and features timeless Christmas classics like, Rockin Around The Christmas Tree , Jingle Bells , and Here Comes Santa Claus as well as hits such as Stray Cat Strut , Jump, Jive An Wail and Rock This Town.

What better way to get into the Christmas spirit than by Swinging in with a hot Big Band? 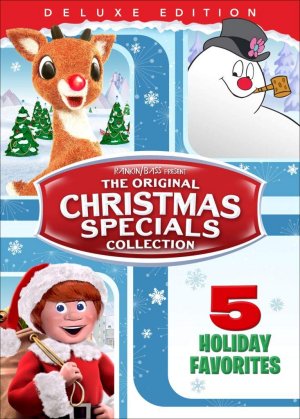 ‘Tis the season to enjoy the timeless holiday classics in The Original Christmas Specials Collection featuring five unforgettable stories. Produced by Rankin/Bass, Rudolph the Red-Nosed Reindeer, Santa Claus is Comin’ To Town and The Little Drummer Boy feature iconic “Animagic” stop-motion animation and Frosty the Snowman and Cricket on the Hearth are traditionally animated.

Starring the voice talents of Fred Astaire, Jimmy Durante, Mickey Rooney, Danny Thomas, Burl Ives and many more, these favorites also feature some of the most beloved songs of the season and are sure to entertain audiences of all ages for generations to come.

Here is your Christmas special nostalgia mega-fix, all in one package. Guaranteed to melt the coldest, Scrooge-like heart. 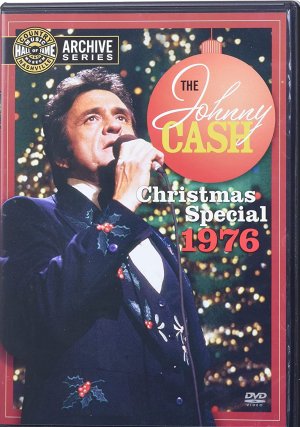 For the country music fan (or any fan of the Man in Black) who needs to be jolted into the holiday spirit, this collection of Johnny Cash Christmas Specials is manna from heaven.

From 1976 to 1979, CBS ran a Johnny Cash Christmas special every year. This boxed set collects them all, and they are equal parts classic Country music, corny comedy, top-notch musicianship and totally bizzaro 1970s showbiz weirdness.

Among the Christmas songs we also get a Sun Records reunion on one show, with Cash joined by Perkins, Orbison and Lewis, and in another show, Andy Kaufman unleashes the full force of his Elvis impersonation.

It’s a good way to shake someone out of their pre-holiday doldrums. 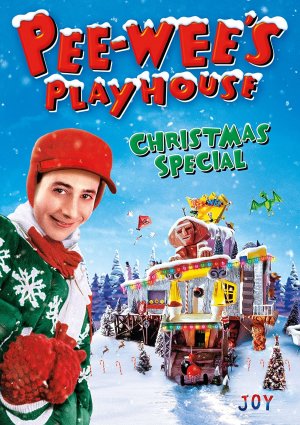 If Johnny Cash didn’t warp a person’s sense of reality enough to get them in the holiday spirit, then you have to pull out the big guns, and page Pee Wee Herman!

This stocking-stuffer-priced gem is Pee-wee’s Christmas Special “As You’ve Never Seen It Before: Beautifully Restored, Remastered and in High Definition!”

Join the whole Playhouse gang for one of the wackiest specials ever! With laughs for the whole family, this unique, triple Emmy nominated special offers all the imagination and charm of Saturday morning’s most outrageous TV series, which became a cultural milestone when it aired from 1986-1991.

Everything is going great for Pee-wee… until his Christmas wish list becomes so long that there won’t be enough presents for all the other kids in the world! When Santa Claus pleads for help, Pee-wee reluctantly learns a lesson about the true meaning of Christmas.

If Pee Wee doesn’t cure the pre-holiday blues, then your grumpy giftee might be beyond hope. You’ll have to resort to something out of left field.

The Honeymooners Specials: A Christmas Carol 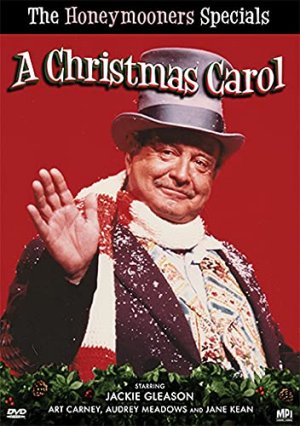 You may not have even known orremembered that this existed. I know I didn’t.

Ralph enlists Alice, Ed and Trixie to perform with him on stage after he agrees to supervise and star in the annual office holiday fund-raiser for a charity chosen by his boss’ wife.

Ralph ends up rewriting and reimagining Charles Dickens’ dramatic classic A Christmas Carol with comedic results when Ed serves as the inexperienced director.

Gleason is Bob Cratchit, and Carney does double duty as both Scrooge and Tiny Tim.  Chances are, everyone in the room will stare at the televsion, unable to look away, transfixed by the bizarreness of the entire production.

The fact that Carney returned to do this bit of classic TV comedy, light-hearted bizarreness after wining an OSCAR for Best Actor shows how much fun he must have had playing Ed Norton.

Between those five videos, you ought to find something to prompt the Christmas and Holiday spirit in even the Scroogiest of people.