The Beatles In COLOR, “Godspell” at Fifty, Wednesday On The AIR 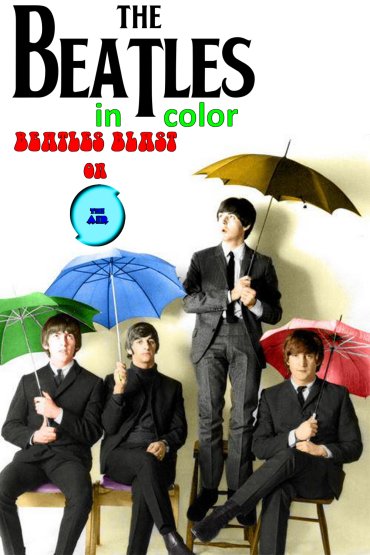 Wednesday afternoon The AIR brings you special brand-new episodes of Beatles Blast and Curtain Call!  You can tune in at the website, or or you could just stay on this page, and  listen to the convenient embedded radio player lurking over in the right-hand column of this blog.

At 2 PM, your truly returns to host a colorful  Beatles Blast mixtape. Stealing my own idea from this week’s episode of The Swing Shift, I decided to put together a show of Beatles’ tunes with colors mentioned in the title. Sure, it’s a gimmick, but it’s a fun one. We have music from The Fab Four, together and solo, plus some unusual cover versions plucked from the rainbow of Beatles songs. Check out the playlist…

Beatles Blast can be heard every Wednesday at 2 PM, with replays Thursday at 10 PM, Friday at 1 PM,  and Saturday afternoon. 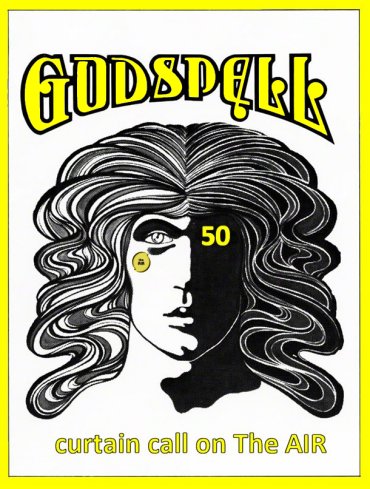 At 3 PM on Curtain Call, Mel Larch salutes the 50th anniversary of Godspell, the Jesus-y rock opera/musical that boasted a number of legendary performers among its many casts around the world.

“Godspell has always been a show that brings joy and hope to audiences.  It seems to me this year, we need it more than ever!  I hope this beautiful concert of Godspell helps to lift everyone’s spirits this holiday season,”  Stephen Schwartz.

Godspell is the acclaimed work conceived and originally directed by John-Michael Telebak with music and new lyrics by renowned composer Stephen Schwartz (Wicked; Pippin; The Prince of Egypt) which tells a series of parables leading up to the Passion of Christ. Directed by award-winning Michael Strassen (Billy; Assassins), the concert was recorded from the cast’s homes and edited together. This is a revival revamped for the modern age. With a driving message of hope and community, Godspell is the tonic that we need after a year of divisiveness and chaos.