We have a great show this week with music from The Company Stores, Jake The Restaurant and Farnsworth, plus we have a 120 second Art Show featuring Michael McKowen’s “The World of the Willing,” a movie trailer for Austin Susman’s “Killer Catfish of the Kanawha,” and a promo spot for ShockaCon 4.  This week marks ten years of PopCult, and since Radio Free Charleston is a huge part of this blog, we wanted to deliver a special show.

We open the show with a teaser clip for Austin Susman’s “Killer Catfish of the Kanawha,” a pointed satire of last year’s water crisis, which also provided the title shirt for this episode of the show. “Killer Catfish” is set to debut on YouTube on September 1.

We shot our host segments in front of Rebecca Recco’s “Power” mural, which can be found on Lewis Street, along the back of the Plaza East Shopping Center, between Appalachian Power Park and The Haunted Barn. We’ve been friends and fans of Rebecca for years, and it was cool to have such a colorful backdrop for our host bits.

Following the teaser for “Killer Catfish,” we have a quick promo spot for ShockaCon, from Scott Gregg, Stephen Hensley and company. ShockaCon 4 is coming up next month, September 18, 19 and 20. You don’t want to miss it. 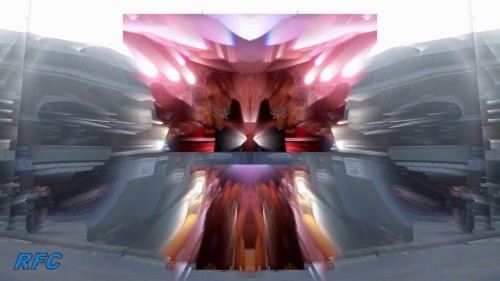 We start the music this week with The Company Stores, probably the hottest band in Charleston right now, with a killer CD and the year’s biggest Live on the Levee. We caught up with the band at the Empty Glass a few weeks ago, the same night that we recorded Time And Distance for our previous episode.

If you recall, we didn’t get board audio that night so we produced a “cheater” video for Time And Distance. This week, we do the same with The Company Stores song, “Bottom Out.” We blended footage of the band performing live with stuff we shot in Chicago and in Charleston, and except for the magic trumpet that plays the violin solo, you can barely tell that we cheated. It’s a fun clip.

The 120 Second Art Show returns to RFC after about five years of me forgetting to do it, with Michael McKowen’s “The World of the Willing.” This multi-media exhibition is on display at the Della Taylor Brown Gallery in the Davis Fine Arts building at West Virginia State University until September 18. You can see a longer version of this clip and read more about the show HERE. 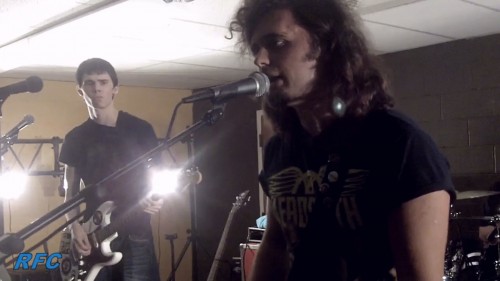 Just the day before we shot our host segment, we finally made it to The Cartref, the all-ages venue in Cross Lanes run by John Poole. It was a load of fun. We plan to record there again, and we got some great stuff Saturday night, including a tune by a new young band called Jake The Restaurant. Recorded live at The Cartref, we bring you Jake The Restaurant with “Keep Your Blues.” 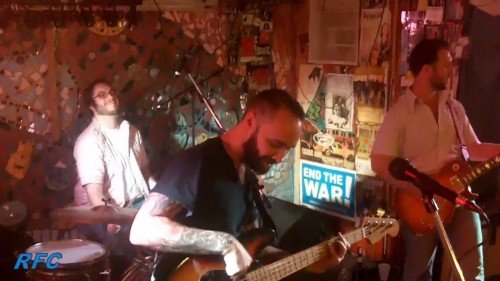 Playing us out this week we have our buddies in Farnsworth. About a year ago I produced a retro Beat Club style video for the band, and since then they have added the accomplished Aaron Fisher on bass guitar. As we exit this week, Farnworth plays “Already Winter,” a song from their debut album, recorded live (for reals) at The Empty Glass last month.