The Return of Convention Season 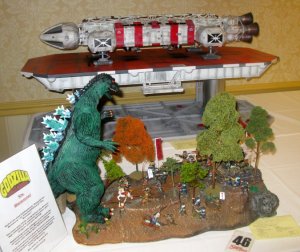 The pandemic is not quite over yet, but we are close enough to normal that a few brave souls are staging comic book, pop culture and horror conventions this summer.

Now, anybody who’s regularly attended such conventions in the past should be keenly aware of “con crud,” the unique cocktail of colds, flus, sinus infections and other easily transmittable ailments that an attendee stands a good chance of bringing home as an unwanted souvenir.

Since we are in the waning days of a pandemic, I hope that folks going to these shows are smart enough to still wear masks (even if you don’t technically have to) and wash and sanitize your hands and refrain from handshakes, hugging and molesting the cosplayers.

Of course, you should always refrain from molesting the cosplayers. They aren’t there to be abused by you. They’re there to stand in the way and block you from meeting the guy you drove eight hours to see right before he shuts down his booth and leaves.

This weekend we have two driveable conventions for Charlestonians to consider. 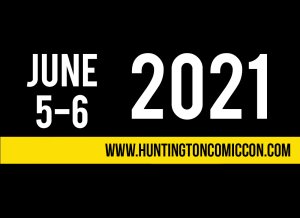 The one-year-delayed first Huntington Comic & Toy Convention is happening at The Mountain Health Arena, which us old folks still call “The Huntington Civic Center.” They have an amazing guest list, but according to their website, all tickets are sold out, so it’s a bit late to make plans. They are having a lot of free outdoor stuff in Pullman Square, so you could check that out if you want to. 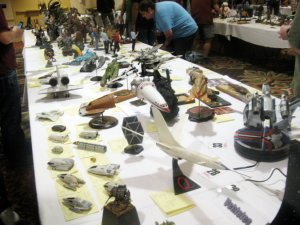 Now, in the grand tradition of Huntington’s defunct Tri-Con, the organizers decided to hold their convention on the same date as WonderFest USA, in Louisville. WonderFest USA is a long-running (nearly 30 years) Horror/Science Fiction and model builders convention. It hosts the largest model contest in the world and is also where the annual Rondo Awards are presented for excellence in horror. It always takes place the weekend after Memorial Day.

That’s where your PopCulteer will be going this weekend. Expect plenty of photos and maybe some video next week. We haven’t been since 2017, so this will be a nice homecoming for us.

Greg Nicotero, the Excecutive Producer of The Walking Dead will be on hand, as will artist William Stout, whose work I recently reviewed in Slow Death Zero. They also have actors from The Flash, Deep Space Nine and Lost In Space, plus producers, directors, special effects artists and writers from Star Trek, The Muppets, Creepshow, and more. 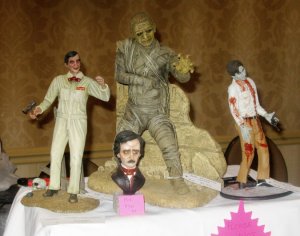 The real attraction is the model contest, drawing hundreds of entries from around the world that show off boundless creativity and artistry. The photos you see with this post are from previous years.

Plus they have a vendors room, where you can find all kinds of cool modeling supplies, posters, toys and other cool stuff.

Best of all, for us anyway, tickets are sold at the door only, so we don’t have to worry about it being sold out.

The big San Diego Comic Con is not happening as scheduled this year, and I haven’t heard any news about the New York Comic Expo, but it’s not like we were going to go to those anyway. The Marx Toy Convention in Wheeling will happen (and we will be there). MEGO Meet will not, since one of the organizers is based in Canada and they have yet to lift their lockdowns.

We will try to keep you updated about further local-ish conventions here in PopCult.