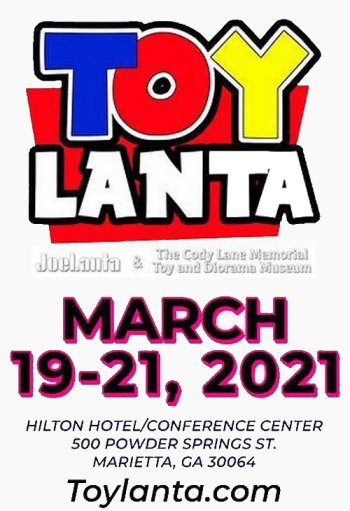 This post is a bit of an encore, reposted largely from last year, when it was part of VirtualToyLanta. Over the years  Radio Free Charleston brought you tons of footage of Radio Cult and friends that we shot at ToyLanta, and before that, JoeLanta. ToyLanta is the big toy convention that will return next weekend. You can read about it HERE.

Radio Cult is Bambi Lynn and Ricky Zhero, with Jay Jay Slotin on drums, and they tear through the hits of the 1980s and beyond, plus they have some pretty impressive originals, too. In the clip above, you’ll hear them do “Highway to Hell” and “I Love Rock N Roll.” Every year Radio Cult puts on a special Saturday night concert for the core JoeLanta/ToyLanta attendees. I believe that’s still in the works for this year, but I don’t know if they’ll be having guest musicans join in.

Above you see an RFC MINI SHOW starring Radio Cult. Below you’ll see a later RFC MINI SHOW with Radio Cult and guests, David Lane, Mike Gardner and Alex Massey. Below that, we have The Possum Kingdom Ramblers, which is a bluegrass supergroup with Bambi and Ricky, teaming up with Timothy Price and Jas Ingram, under the direction of Buddy Finethy. The Ramblers are seen performing on the dealer’s floor of JoeLanta.

Further on you’ll find some of the full Radio Free Charleston shows that have one or two songs from the band, some with surprise guests.

At the end of this episode of Radio Free Charleston, you will find Radio Cult backing up Mel Larch on a cover of Nirvana’s “Smells Like Teen Spirit.”

In this Halloween episode of RFC, you’ll find Radio Cult performing their original tune, “Saturday Midnight Double Feature” and you see the music video for “Godzilla” by The Possum Kingdom Ramblers.

At the very end of this episode of RFC you’ll find Radio Cult doing their cover of “Just A Girl,” from the very first JoeLanta that I was able to attend, back in 2013.