DC Collectibles has unleashed a ton of images of their upcoming product.  They’re collaborating with legendary make-up artist, Rick Baker, and musician/comics guru Gerard Way, plus they have Doomsday Clock action figures and plenty of other cool stuff in the pipeline for 2018.  This story is so good that we’re just going to run the press release with barely any editing. Check out the “sizzle reel” that shows off all the products right here… 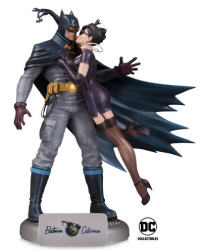 DC Collectibles, the award-winning line of collectibles from DC Entertainment, will celebrate 20 years of toy-making at this year’s American International Toy Fair in New York. To commemorate this milestone anniversary, DC Collectibles revealed huge plans for its 2018 lineup, including several high-profile collaborations such as a life-size bust of The Joker designed by one of Hollywood’s most celebrated special makeup effects artists, Rick Baker. 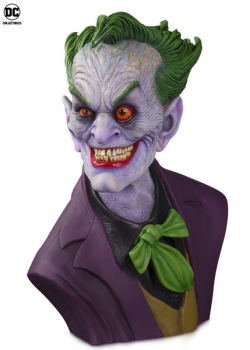 Best known for his work on Hollywood blockbusters such as An American Werewolf in London, Men in Black, How the Grinch Stole Christmas, Planet of the Apes, Gremlins 2: The New Batch, Star Wars, and the Thriller music video, among others, luminary special makeup effects artist Rick Baker has brought his monster-making talent to one of DC’s most iconic Super-Villains, The Joker.  The Joker Bust by Rick Baker is designed, sculpted and painted by Baker and features the same spine-chilling attention to detail that can be expected from the Academy Award winner. Measured at 22.5″ tall, only 200 of these limited-edition busts will be produced, and each will be numbered. Fans can bring home this high-end collectible from DC Collectibles in October 2018 at a suggested retail price of $1000.00.

“DC Collectibles is always seeking out interesting artists from different industries to bring their unique art styles to DC’s popular characters, and we are thrilled to partner with Rick Baker on this sculpture,” explained Jim Fletcher, executive creative director of DC Collectibles. “From the disturbing eyes to the sinister smile, Rick did a masterful job capturing The Joker’s psychotic demeanor.”

“When DC Collectibles approached me about this project, I jumped at the chance to do something with The Joker,” said Baker. “The Joker is one of the most notorious Super-Villains of all time, and I had a blast depicting his twisted and demented personality through this bust. The DC Collectibles team was great to work with and gave me complete creative freedom to bring my version of the character to life.” 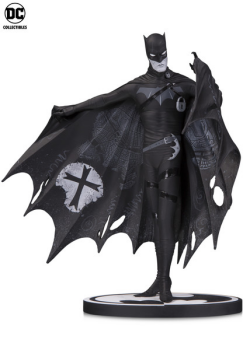 DC Collectibles has also tapped acclaimed musician and writer Gerard Way to design original iterations of The Joker and Batman for the company’s best-selling Batman: Black & White statue line. The eccentric character designs are based on sketches Way created for a past story idea and will now be brought to life as 7″ statues in 2018.

“I am extremely excited to have teamed up with the wonderful people of DC Collectibles to bring fans these visions of Batman and The Joker in physical and wonderfully monochromatic form,” said Way. “My ink and wash drawings of these two characters come from a pitch I had created, called ‘Kingdom of The Mad,’ which, in my opinion, is a very dark take on the characters– so seeing them in gorgeous black, white, and grey seems very fitting. I hope fans enjoy these different takes on the characters, and I am honored to now be a part of the Batman: Black & White family.”

“Our Batman: Black & White statue line has always been a great avenue to try new ideas and welcome new artists into the DC Collectibles fold,” said Fletcher. “Gerard’s indie art style is a perfect fit for this series and offers a fresh take on Batman and The Joker that we’ve never seen before.” 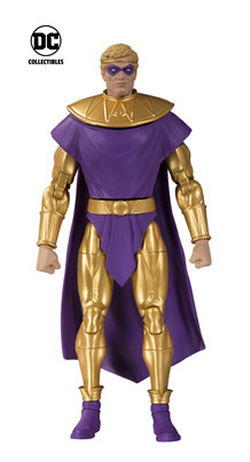 DC Collectibles will also debut new DOOMSDAY CLOCK action figures in 2018, based on Geoff Johns and Gary Frank’s critically acclaimed comic book series. The 7″ figures will release in sets of two and will include fan-favorite WATCHMEN characters Dr. Manhattan, Ozymandias, Rorschach and the Comedian, plus two new DC universe characters – Mime and Marionette-created in DOOMSDAY CLOCK.

Capitalizing on excitement for the upcoming DC Artists Alley designer vinyl line, DC Collectibles also revealed new variants for the Hainanu “Nooligan” Salque and Sho Murase waves of figures. Black-and-white editions will be offered for Nooligan’s standard designs of Batman, The Joker and Harley Quinn, and special holiday designs will be offered for Murase’s Poison Ivy, Harley Quinn and Catwoman characters. These new variants join the already-announced standard and black-and-white versions of the Chris Uminga wave that debuts in June. Uminga’s wave will be followed by Nooligan’s vinyls in September and Murase’s in November.

“The feedback for our upcoming DC Artists Alley line has been fantastic,” noted Fletcher. “The first few Chris Uminga figures have already sold out at the retailer level, and we can’t wait for them to hit stores this summer. We hope fans embrace the different variant editions for each artist and collect them all!”

Additional collectibles debuting in 2018 include new DC Bombshells offerings, such as a Batman and Catwoman Deluxe statue, a statue featuring The Joker’s Daughter and a Nurse Harley and The Joker action figure 2-pack. There will also be new character additions to the highly anticipated DC Essentials action figure line and best-selling DC Designer Series statue series. 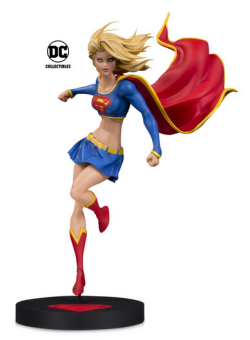 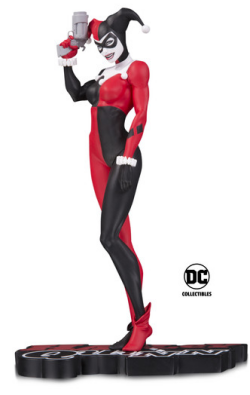