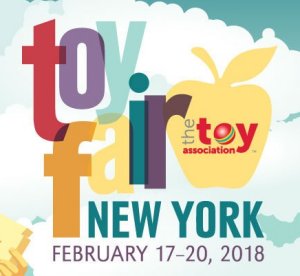 While we’re not at Toy Fair ourselves this year, YouTube is loaded with videos that are the next best thing to being there. Not Another Retro Channel has great videos that show stuff from NECA and MEZCO, two companies that have all kinds of great pop culture toys and collectibles.

NECA offers up cool horror-movie characters, with Re-Animator, It and The Fog making a big spash this year, plus they have toys anc collectibles based on Teenage Mutant Ninja Turtles, Crash Bandicoot, Pan’s Labrynth, Ash vs. Evil Dead, FRiday The 13th, Gremlins, Aliens, Predator, American Gods, Elf, as well as Marvel Comics and more.

MEZCO is another great company that produces Living Dead Dolls and the ultra-high-quality One: 12 collection of six-inch action figures.  New this year are figures from Thor: Ragnarok, Black Panther and Blade and the Netflix Marvel characters in the One:12 scale, plus DC, Popeye, and horror movie classics in that scale too.

MEZCO will also be releasing some really high-detail Kong: Skull Island figures this year and next. This video is just over four minutes and is also packed with great images…

Just a few hours ago Not Another Retro Channel posted a quick walk-through video of the McFarlane Toys booth.

Keep checking PopCult. We’ll be posting more Toy Fair news all this week. Not Another Retro Channel is sure update their YouTube page with more videos all week long, too, so give them a visit and subscribe.