Wrapping Up The Revamped Schedule Notes For The AIR

I want to thank my readers for indulging me in this week’s series of posts that put the spotlight on our sister internet radio station, The AIR. I fear I’d been neglecting my radio duties for the past two or three months, and I wanted to remind everyone that we’re still going strong.

In fact, you can tune in to The AIR at the website, or listen on this neat little embedded radio player…

Friday will see four hours of new music programming in the afternoon, but first we’ll tell you how we’ve revamped the weekend schedules.

As before, Friday morning continues to lead off with a replay of Prognosis at 7 AM, followed by Word Association with Lee & Rudy at 9 AM. Starting this week, The BS Crazy Show will follow Word Association at 9:30 AM.

This one-hour combo of Word Association and The BS Crazy Show will repeat at 9 PM, for those of you who don’t want to listen to these NSFW programs at work.

At 10 AM The AIR will broadcast The Best of The Real with Mark Wolfe. At 11 AM we’ll bring you two hours of The AIR Music Mix, which this week means two episodes of Beatles Blast.

Then at 1 PM we will debut the week’s new edition of Radio Free Charleston International. I’ll post this week’s playlist below. At 7 PM we bring you the two most recent episodes of Radio Free Charleston, followed by our 9 PM replays of Word Association and The BS Crazy Show, and then at 10 PM a replay of RFC International. Overnight Friday/Saturday will be continue to be  random surprises. The Third Shift is currently on hiatus, but will return to its regular timeslot as soon as Jay and Jerod put the show back into production.

Saturday will kick off with a two-hour block of comedy (starting next week), followed by replays of all of our afternoon music programming in one big block. This will be followed by an hour of The BS Crazy Show at 8 PM, and the newly-combined Empty Glass Presents Live and Local which will run from 9 PM to Midnight. Midnight Saturday, as always, kicks off the overnight marathon of Radio Free Charleston and Radio Free Charleston International.

Sunday Morning will see The Talk Block kick off the day for two hours, beginning at 9 AM. This will incorporate replays of classic episodes of Life Speaks to Michele Zirkle and The Best of The Real with Mark Wolfe, along with other talk programs from The AIR archives. At 11 AM we bring two hours of classic Radio Coolsville with DJ Betty Rock.

Sunday afternoons will bring our music shows: Radio Free Charleston at 1 PM; RFC International at 2 PM; Harrah’s Hard & Heavy at 4 PM and Beatles Blast at 5 PM. Then from 6 PM to Midnight we have a prime-time marathon of Mel Larch’s Curtain Call. And at Midnight, an overnight marathon of The Swing Shift.

I hope you’re enjoying our new episodes, and the plan is to keep dishing them up as long as possible. Now here’s those playlists I promised: 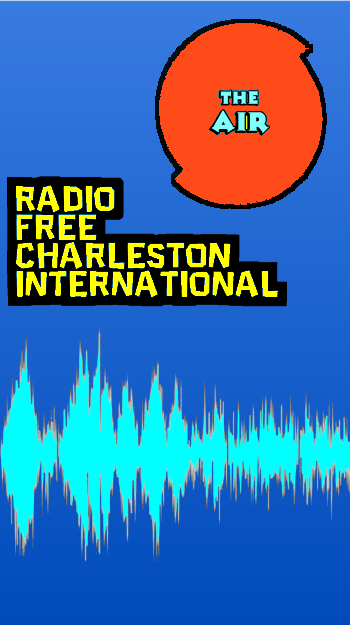 Radio Free Charleston International is the show where I play whatever I want, and you can hear RFC International Friday at 1 PM, with replays Friday at  10 PM, Saturday afternoon, Sundat at 1 AM and 2 PM and Tuesday at 11 PM, exclusively on The AIR. 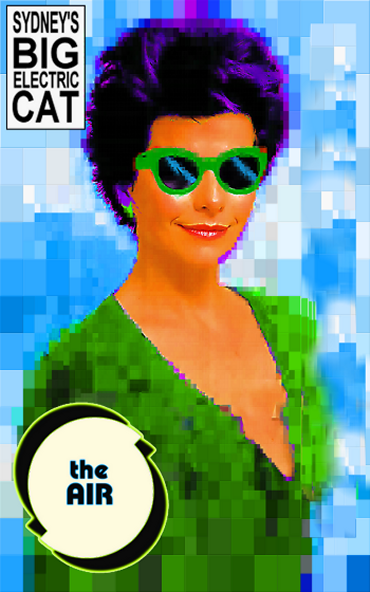 Joe Jackson “Is She Really Going Out With HIm”
Martha And The Muffins “Sinking Land”
ATF “Why Can’t We Be Friends”
Shriekback “Fish Below The Ice”
The Police “Demolition Man”
Frankie Goes To Hollywood “Rage Hard”
Hazel O’Connor “Black Man”
Heaven 17 “Who’ll Stop The Rain”
The Teardrop Explodes “Reward”
Little Nell “Do The Swim”
The Knack “It’s What The Little Girls Do”
Marianne Faithfull “What’s The Hurry?”
Men Without Hats “I Know Their Name”
M “Satisfy Your Lust”
The Stranglers “Duchess”
Television “Marquee Moon”
Flamin’ Groovies “Shack Some Action”
Richard Hell & The Voidoids “Blank Generation”
The Dictators “Seach and Destroy”
Talking Heads “Drugs”
The Crack “My World”
The Abs “Toes Stomped Flat”
Motorhead “Ace of Spades”
The Skids “Into The Valley”
Wire “Outdoor Miner”
The Saints “This Perfect Day”
Penetration “Don’t Dictate”
The Ravyns “Wraparound
Silcon Teens “Let’s Dance

Each week Sydney Fileen brings you two hours of the best music of the New Wave era. Sydney’s Big Electric Cat is produced at Haversham Recording Institute in London, and can be heard on Friday at 3 PM, with replays Saturday afternoon, Tuesday at 7 AM, Wednesday at 8 PM and Thursday at 10AM, exclusively on The AIR.

And that is this week’s PopCulteer. Thanks for reading and please check back for all our regular features. Next week should see the return of The PopCult Bookshelf and The PopCult Toybox, along with news of some upcoming local shows.