An Early Jump on Force Friday It’s a bonus PopCult toybox this week. As I told you about almost a month ago, Friday is the big day in the United States for the release of toys based on Star Wars: The Force Awakens. Force Friday actually just kicked off in Australia (don’t ask how they managed to be more than 24 hours ahead of us).

UPDATED 7 PM EDT: They’ve already had their first unboxing. You can watch all of the live stream events right here in PopCult…

That’s right, it’s the start of Force Friday on a Wednesay afternoon. A deluge of official Star Wars: The Force Awakens merchandise will officially hit store shelves worldwide. As I told you earlier, to mark the occasion, Lucasfilm is hosting dozens of worldwide stunts, including an 18-hour unboxing event that will unfold across 15 cities and 12 countries, highlighting the range of epic merchandise revealed in a rolling New Year’s Eve style celebration featuring top digital stars from the Maker Studios network.

The Star Wars YouTube channel will host the live stream and they have graciously made that stream available for embedding. The event kicked off with the first unboxing in Sydney, Australia at 7:45 a.m. local time on Thursday, Sept. 3 (5:45 p.m. EDT on Wednesday, Sept. 2), with the grand finale at Lucasfilm in San Francisco at 8 a.m. PDT (11 a.m. EDT) on Thursday, Sept. 3. Each of the 15 locations will reveal a new product inspired by Star Wars: The Force Awakens. The whole thing is an epic, eighteen-hour infomercial for the new Star Wars toys.

The global unboxing event will incorporate traditional toy unboxers such as the popular EvanTubeHD, channels featuring families such as Bratayley, lifehack specialists such as ExpCaseros, gamers such as AlexBy11 and Star Wars fans from around the world, including Chris Pirillo.  Here’s a list of the unboxings and their hosts, with all times EDT:

The global celebration culminates at midnight local time, when many retailers around the world will open their doors to fans to purchase Star Wars: The Force Awakens toys, collectibles, books, apparel and more.

From Starwars.com comes this list of other Force Friday events:

This Friday, there will indeed be an awakening…for Star Wars collectors everywhere.

September 4, a.k.a. Force Friday — the highly-anticipated midnight release of Star Wars: The Force Awakens toys, collectibles, gadgets, and more — is almost here. It will be the world’s first chance to own official product celebrating the next installment of the Star Wars saga, and several retailers have, to quote Admiral Piett, “something special planned.” Check out StarWars.com’s special event guide below and may the Force (Friday) be with you!

Amazon.com: Amazon.com is celebrating Force Friday by offering customers access to a variety of new Star Wars products, as well as deals on select Star Wars items. Customers can visit Amazon’s Star Wars Store to find a wide selection of new toys and games, including Amazon exclusives, deals, and much more.

On Thursday, September 3, the Disney Store on North Michigan Avenue in Chicago will play host to one of 14 live toy unboxing events happening around the world to reveal new toys. Starting at 8:30 a.m. CT, HobbyKidsTV, a family-friendly YouTube channel part of the Maker Studios network, will be broadcasting live from inside the Store, unveiling new products from Star Wars: The Force Awakens, available exclusively at Disney Store and DisneyStore.com.

On DisneyStore.com, fans can enjoy special Limited Edition product, as well as free shipping on all Star Wars items from September 4 – 6. 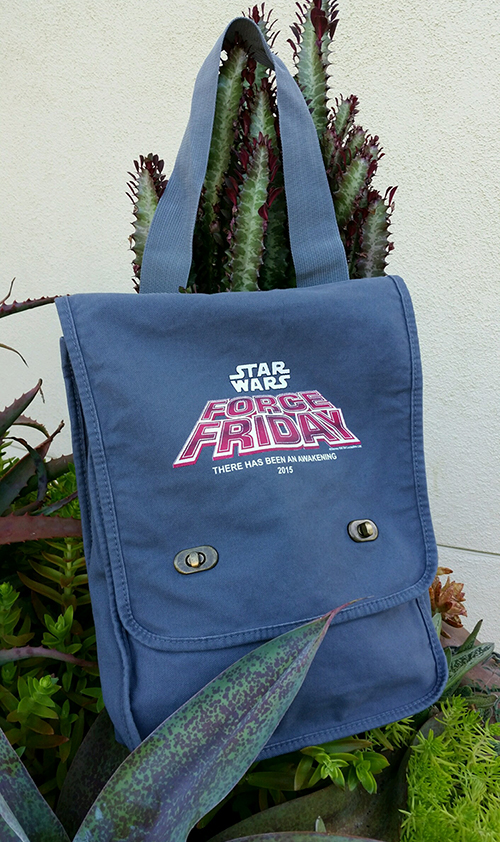 Target: A total of 207 Target stores will open at midnight on September 4, with all the new Star Wars: The Force Awakens items available and more. Visit Target.com/starwars to locate a store near you. But that’s not all.

In honor of Force Friday, Target has also launched Share the Force: an interactive experience that allows you to join fans around the world and share your Star Wars memories. Visit sharetheforce.target.com to add your memories today, and stop by select Target shops for Share the Force Saturday on September 5. There will be photo ops, giveaways, and much more!

Toys”R”Us: Toys”R”Us stores and ToysRUs.com have launched “Destination: Star Wars“ — a huge celebration and source for all things Star Wars on Force Friday! All Toys”R”Us stores will open at midnight, with special giveaways including a limited edition LEGO Star Wars Commemorative Brick and an exclusive Star Wars poster, while supplies last.

At Toys”R”Us Times Square in New York City, fans can join a Star Wars party that will rival any Ewok bash. Festivities begin on Thursday, September 3, when the store hosts Star Wars activities throughout the day, beginning at 9 a.m., including:

Walmart: Participating Walmart stores will also be opening their doors at midnight on September 4. New products from Star Wars: The Force Awakens will be available, along with some bargains that even Jabba would love: