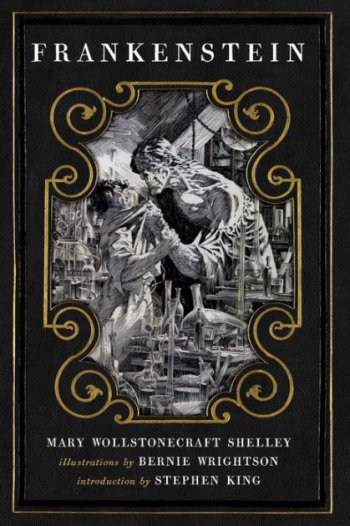 Mary Shelly’s Frankenstein is, of course, a ground-breaking literary classic. Bernie Wrightson, the co-creator of Swamp Thing and one of the greatest horror comics artists of all time, took seven years of unpaid work to create the fifty pen-and-ink illustrations that accompany this edition of the novel. Horror master, Stephen King even chimes in with an introduction, making this a must-have for fans of horror.

This is the fourth edition of the book that combines the original novel with Wrightson’s gloriously grotesque art, and it’s the smallest, measuring a mere 6 inches by 9 inches. The paper stock is not the bright white that Wrightson’s art deserves, but the earlier editions of this book are out of print, and selling for enormous amounts of money on the secondary market, so this is a relatively inexpensive way to add this to your library, with the added bonus of being able to fit it on a standard bookshelf.

I shouldn’t have to sell you on the original novel. It’s a gothic horror classic credited as the first real science fiction novel, as well as the first true horror novel. Since it was written, over two hundred years ago, it has inspired films, operas, musicals, comic books, comedies, television shows, countless toys and even a breakfast cereal. Many people who absolutely love the story have never read the original novel, and with 2020 being a year to stay at home, maybe this would be a good time to celebrate Halloween by reading this classic. 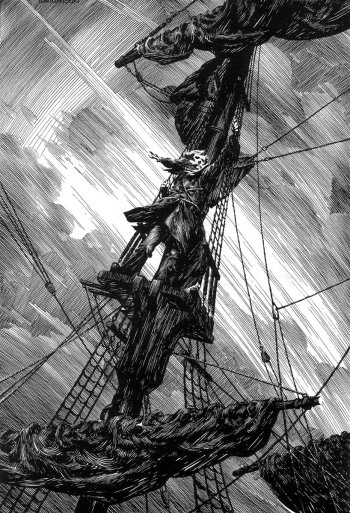 The selling point for this edition of the book is Wrightson’s art. Wrightson was already an in-demand illustrator who made his name working in the horror genre for DC Comics and Warren Publishing, and had branched out into the world of limited-edition art prints when he began working on this project in the late 1970s. It was originally published by Marvel Comics in 1983, and then 25 years later in an upgraded large-size edition by Dark Horse. Those are long out of print, so this is the most affordable way to add this project to your collection.

Movie producer and screenwriter Frank Darabont (The Shawshank Redemption, The Green Mile, Season One of The Walking Dead) famously paid over a million dollars for one of the illustrations in this book. A portion of that drawing is used for the cover of this edition.

While the small size and paper stock are not ideal for Wrightson’s impressive art, which was originally drawn more than four times the size that it’s reproduced here, you can still see the brilliance and beauty of his work. Stephen King completists will also want this edition for his introduction.

Frankenstein, illustrated by Bernie Wrightson, should be available to be ordered from any bookseller using the ISBN code, or you can pick it up at a discount from Amazon. 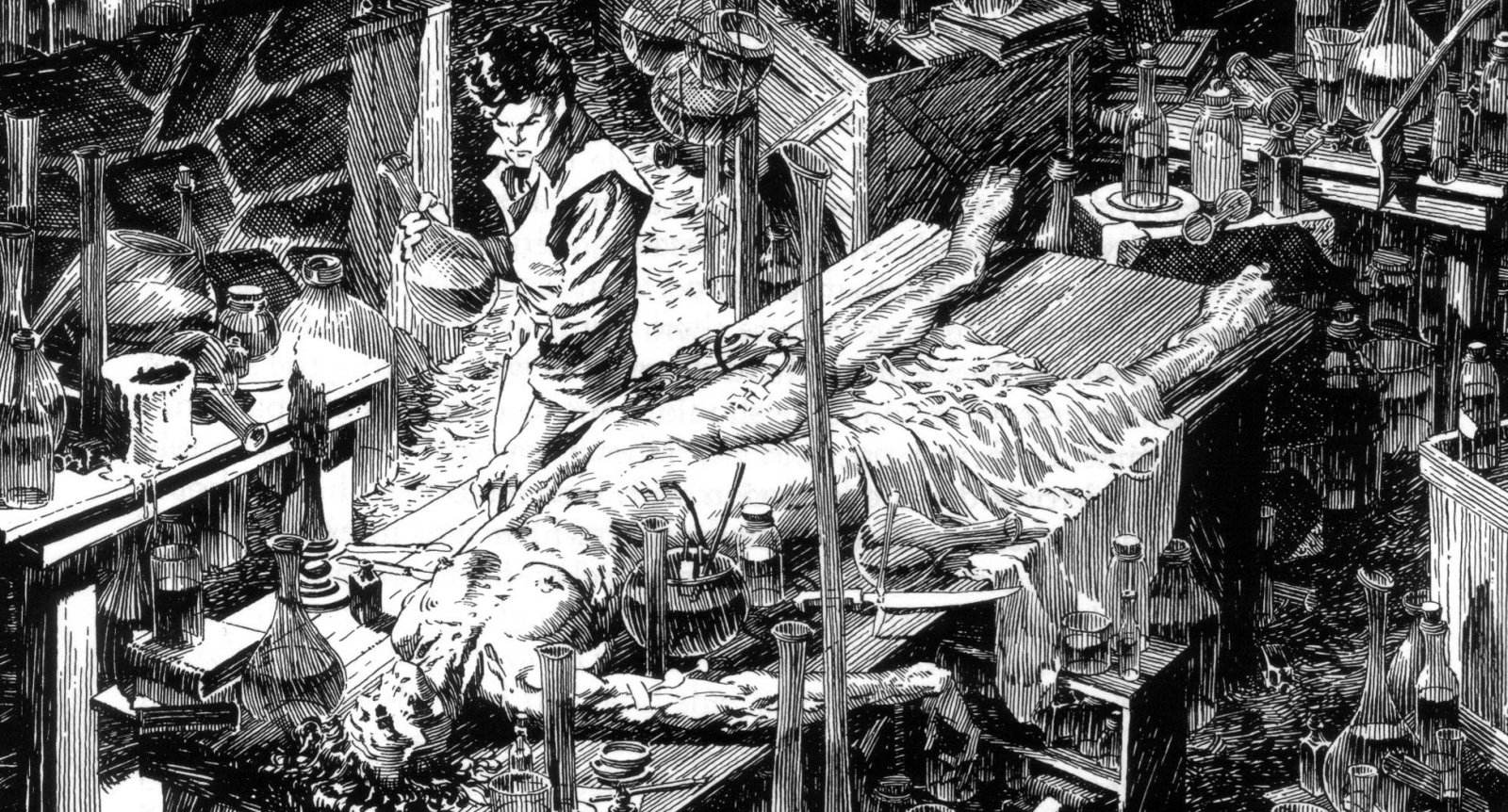