Our next BIG TICKET DAY pick came out several years ago, but has dropped enough in price at Amazon that it’s still just barely a big ticket item (just over sixty bucks) but since it includes 20 top-notch films, it breaks down to little more than three bucks per movie for what amounts to an instant movie collection of OSCAR Best Picture winners.

Best of Warner Bros 20 Film Collection: Best Pictures is on sale now at Amazon, and it’s a great collection of films for the beginning movie buff, or young film appreciation student on your holiday shopping list.

Included are 20 Best Picture Winners on 23 Discs. Broken out into 3 chapters:

Also included is a 24-Page Booklet.

To be honest, this collection includes several movies that rank among my favorites of all time, as well as a few that I’d rather rip my eyes out than watch again. That’s part of the fun. You can watch these films with a friend (or loved one) and discuss afterward whether or not it deserved the OSCAR. Was Chariots of Fire really better than Raiders of the Lost Ark? Was Gone With The Win really better than The Wizard of Oz, Stagecoach, Mr. Smith Goes To Washington or Wuthering Heights? With this set, you can loads of fun finding new classics you may have missed, and wondering why some were even nominated for the OSCAR in the first place. And it’s on sale at Amazon with the bonus of being in a box that should be easy to wrap. 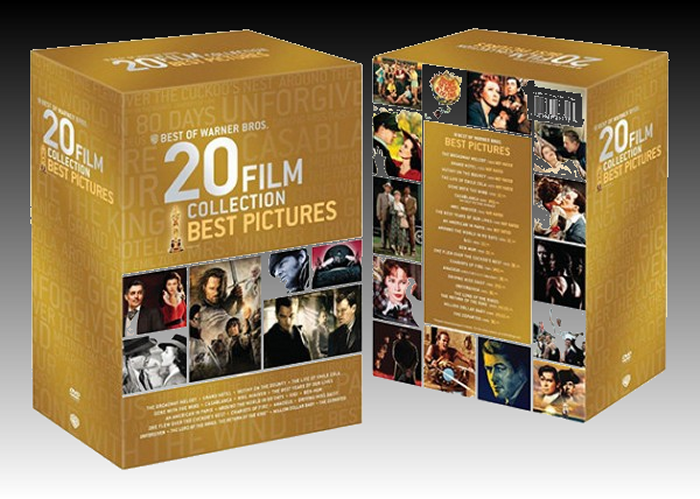