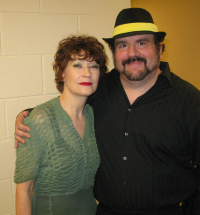 The show is a surreal trip through memories of Charleston, filtered through a haze of dreamy imagery. There’s a sort of fantasy nostalgia, with long-since-gone landmarks as the Holly Hotel, The Press Club, and the Kearse and Virginian Theaters coming into play alongside the icons of Charleston that we still have with us, like The South Side Bridge, The Capital Building and, in a very trippy sequence, Kanawha State Forest. Ann creates an impressionistic travelogue, with great original songs, mutated cover tunes and the odd recurring alien or two. Like many in the Charleston audience, I found some major touchstones with which to identify. I just feel good knowing that someone else remembers Pepperland. And using Central Avenue in South Charleston as a ramp to take a car airborne….I’ve done that (Not lately, though. With age comes sanity, or at least a smattering of common sense.).

One of the reasons that I’ve been a fan of Ann’s since I saw one of her short films on WPBY in the middle of the day between college classes in the early Reagan era is that twinge of recognition and the feeling that I’m not alone. Ann showed me that intelligent people with quirky tastes who like cool stuff CAN come from West Virginia!

On that day, back around 1981, when I saw Ann’s film, and realized that somebody else from Charleston was hip enough to know who Lene Lovich was…well, it was one of the first times that I didn’t feel like a total outcast. I went to Dunbar High School, where being a fan of any music besides Lynyrd Skynrd meant that you were a misfit. I was listening to DEVO, Zappa and Kate Bush. Let’s just say that socialization had to wait until after graduation. 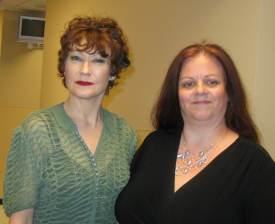 I was still a bit of a loner in college, but I woke up to the presence of other people who liked cool stuff eventually. And Ann’s career certainly fell into the realm of “cool stuff.” Actually, seeing how she could “make it” made me decide to try to follow my own muse, too, even if that meant staying here in West Virginia(That’s my muse, Melanie, with Ann to the left). The fact that I’m lazy probably also contributed to that, though.

But Ann’s show just keeps popping back into my mind. Wednesday night, I’m sitting in Coonskin Park watching Oderus Urungus from GWAR wrestle Tracy Smothers, and I’m thinking, “I bet these guys would have loved Ann’s show!” Thursday evening during Art Walk, “Back Home Again (Dreaming Of Charleston)” was all anyone wanted to talk about before the news of Michael Jackson’s death broke. It’s Friday morning. I’m getting ready to head up to Wheeling for a few hours of the Marx Toy Collectors Convention (plus lunch with my sister) and I’m thinking how Wheeling will never have as loving a Valentine as Ann’s show written about it.

Her show as so good that I’m glad I didn’t see it on opening night last Sunday. I would have become so evangelical about getting people to see the second performance that I probably wouldn’t have finished RFC number 74. I would have been holding court at the Lee Street Triangle like the crazy street preacher used to back in the 1970s, assaulting passers-by with a loudspeaker and making them promise to see Ann’s show.

Such platitudes may seem like ass-kissing, but it’s a well-earned ass-kissing. Ann captured the audience and held them for two hours with just the sheer force of her talent and personality. This was an evening of theater that provided, with just one performer (and accompanist) an extremely focused and moving narrative. It wasn’t a simple cabaret-type show, or cheesy revue. With the power of her voice, a few props and some video projections, Ann created a surreal, yet faithful, portrait of the Charleston we all know and (mostly) love more effectively than any pre-packaged “opera” with stock music and a few minutes of local video could ever hope to do. 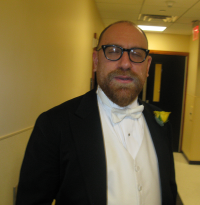 As incredible as Ann’s performance was, I don’t want to overlook her extraordinary Harpist, Alexander Rannie. The musical cues in this show were brilliantly chosen and played. His timing was sheer perfection as we moved from providing subtly hilarious background tunes to full-blown performances of “Aqualung” and “Tuesday Morning.” “Back Home Again” works so well because of the near-perfect collaboration between Ann and Alex.

God I hope we get the chance to see this show in Charleston again. It’s an epic work. Ann and Alex were so down-to-Earth and warm. It was a pleasure to get to spend a few minutes with them after the show.

Images from the last week 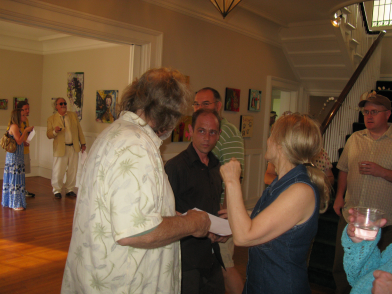 Last Friday at Buswater on the Boulevard. In this photo you can see Bill and Becky Kimmons, Keith Allen and Eric Pardue, among others. 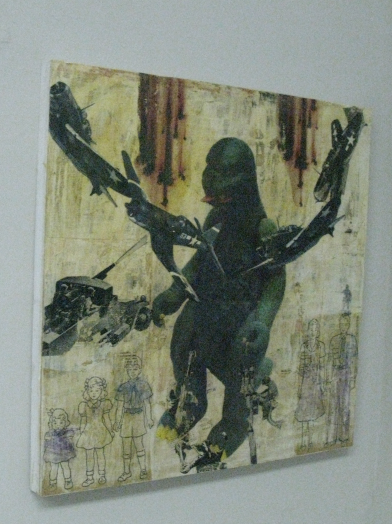 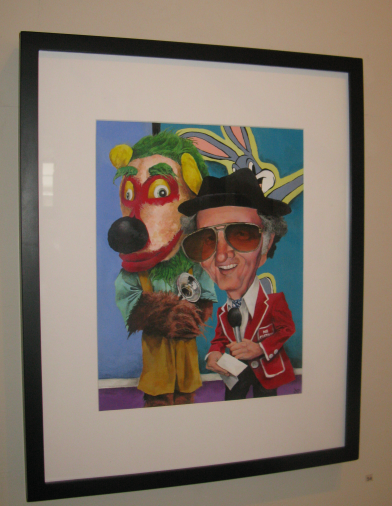 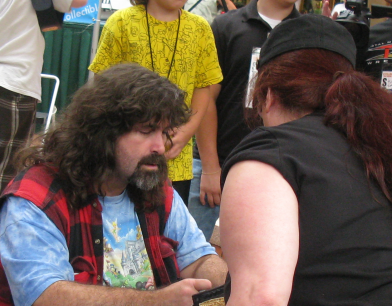 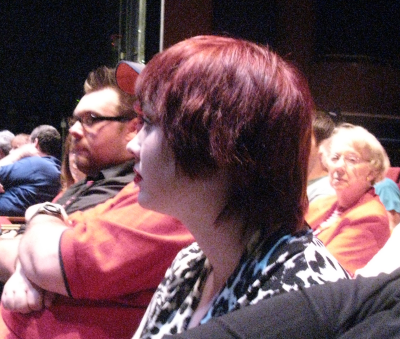 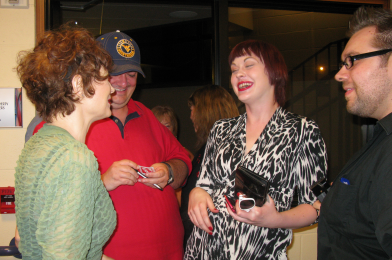 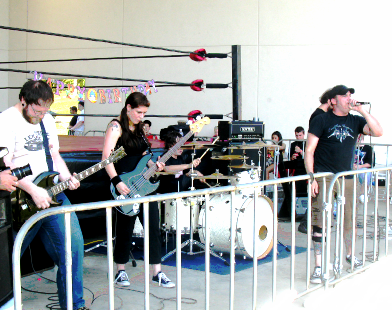 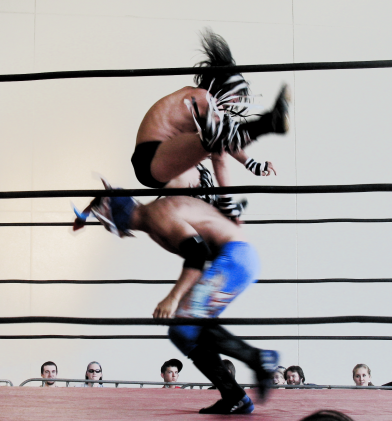 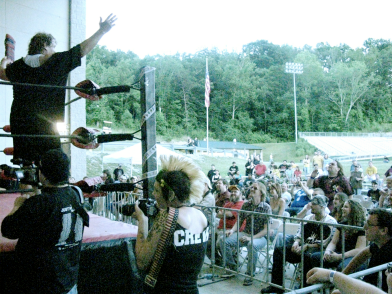 Tracy Smothers, before his match with GWAR’s Oderus Urungus, jawing it up with Lee Harrah, from the band WATT4, holding his own in the audience. 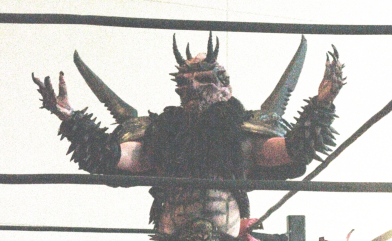 Oderus Urungus was among us. 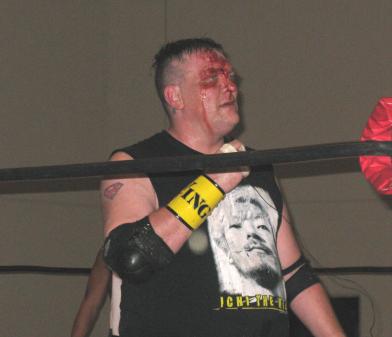 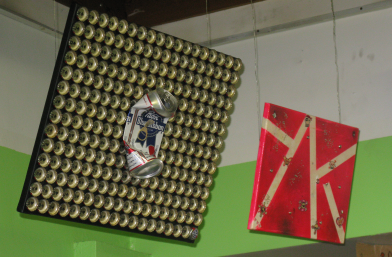 Artwork by Emily Gunter Haynes at The Convenience Store. 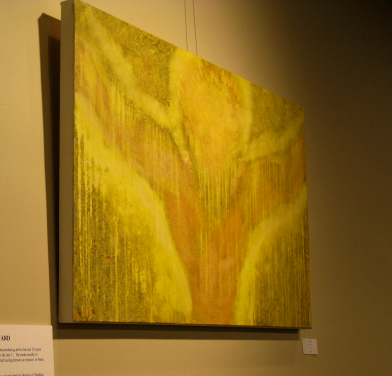 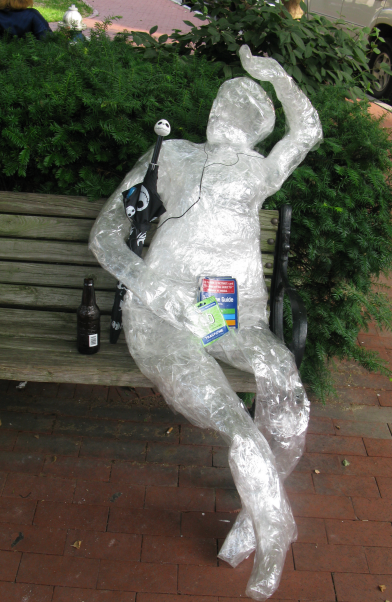 A sudden, unexplained technical glitch means that this photo essay will continue on Monday!

Today’s classic RFC is our twenty-seventh, “Trust Me I’m A Doctor Shirt,” with music from Stephanie Deskins, Doctor Senator and Comparsa, plus animation from Stephen Beckner and a really creepy toy commercial. Host segments were shot on The South Side Bridge. Original production notes are here.

Plans have been changed. In a sanity-preserving move, I have decided to delay the third anniversary episode of Radio Free Charleston by five days. Instead of hitting next Wednesday, you can now look forward to our big seventy-fifth show on Monday, July 6. I wanted the extra time to make this one ultra-niftier. This means that our “Drive To 75” will be extended by five days, so you’ll get a few more classic episodes of RFC posted right here in PopCult to watch, fondle and appreciate howsoever you wish to in the privacy of your own home (or office, if you’re slacking off and watching these at work). We will also be bringing you more images from the final days of FestivALL, Monday Morning Art, and an update on The First Great Guitar Giveaway, which we are hosting through the kind graces of Route 60 Music. The contest will run for one full month, and as soon as we get it up and running, you will read about it here. The Cool Comic Of The Week returns next Friday. The rest of the photo essay, with more pictures from Art Walk, will be posted Monday, if the Gazz photo uploader is working again.