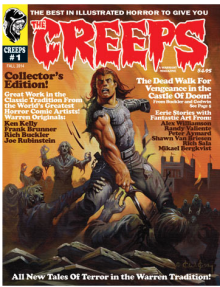 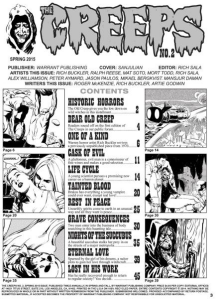 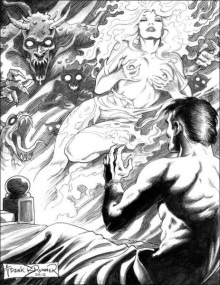 Late last year, Warrant Publishing began a new magazine with the full title “The Best In Illustrated Horror To Give You THE CREEPS.” The book is a loving re-creation of the look, feel, and even the smell of the original black and white Warren magazines. The creators on display are a mix of actual Warren Publishing veterans and new creators who are working squarely in the Warren style. They’ve even gone so far as to duplicate the distinctive fonts that Warren used on their contents page.

To be honest, I have a suspicion that one of the magazine’s writers, Artie Godwin, may be a pseudonymous tribute to the legendary writer/editor Archie Goodwin. If it isn’t, it’s a really cool coincidence. 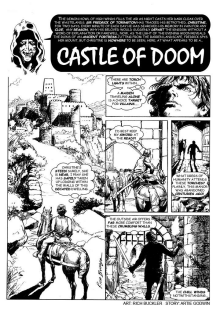 The first issue kicks things off with a striking painted cover by Warren veteran Ken Kelly (also known for painting the covers of some of the best albums by the group KISS). You open the magazine and after an incredible frontpiece by Frank Brunner (Howard The Duck, Doctor Strange), you encounter a nice, white newsprint reminiscent of the original Warren Publishing magazines, but of a higher quality. And then, a two page letters column, followed by several fun short stories.

The magazine is hosted by The Old Creep, who is the reincarnation of all the horror hosts of anthology magazines from years past rolled into one. There are some great highlights here. Rich Sala, the magazine’s editor, is drawing in a style heavily influenced by Bernie Wrightson. We get a terrific story drawn by Rich Buckler, a longtime Marvel and DC artist known for his versatility, working here in what seems to be his natural style.

The rest of the artists in the issue do a great job of re-creating the vibe and the feel of the original Warren artists. This is a terrific

homage and my only criticism is that the stories are so short, with most of them clocking in at five pages or less. The first issue is only thirty-six pages long and features seven stories in addition to the front piece and letters column. However, it’s still an incredibly fun book that harkens back to a type of comics magazine that hasn’t been published for almost thirty years. 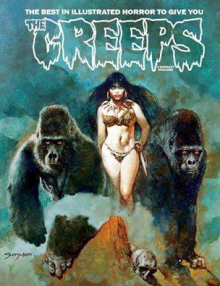 The second issue has just been released and features a very cool cover painting by Warren veteran Sanjulian. The frontpiece is by another Warren veteran, Ralph Reese. This issue sports fifty-two pages of great work, including a previously unpublished Rich Buckler story from 1970, more stunning work by Rich Sala, and a wonderful science fiction story written by Artie Godwin with art by Jason Paulos, who is clearly paying tribute to the legendary late artist, Wally Wood. 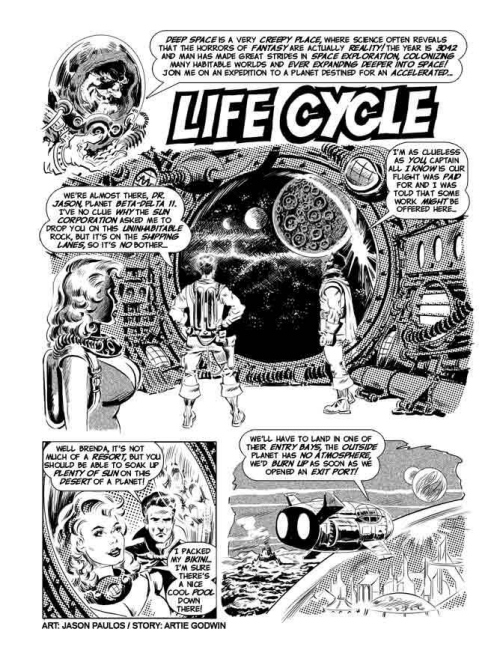 Closing out this issue is a great story written by Roger McKenzie, with art by Mort Todd, both of whom are movers and shakers behind the Charlton Neo movement, about which you will be reading more next week. 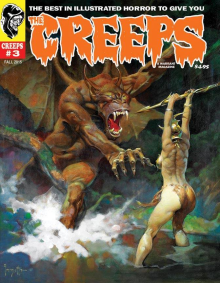 We’ve got several months to wait for #3

The inside back cover of this issue promises that issue #3 of THE CREEPS Magazine, due out Fall 2015, will proudly sport a cover painting by Frank Frazetta.

Also promised for the third issue of THE CREEPS, according to their Facebook page,  is newsstand distribution. However, until then, the only way to get THE CREEPS is to order it directly from their website, where the magazines will be promptly shipped to you in a strong protective envelope with mysterious package tracking by the United States Postal Service.

If you a fan of the old Warren magazines like Creepy and Eerie, you definitely want to check out THE CREEPS. Not only have they recreated the spirit and the look of the original Warren Publishing magazines, they’ve even managed to capture the tactile feel of the original books. THE CREEPS is tremendous fun.