Today we are going to update you about what’s happening wth some of the print magazines we’ve told you about in PopCult in the past, but we’re going to kick it off with a belated look at an important new newspaper. 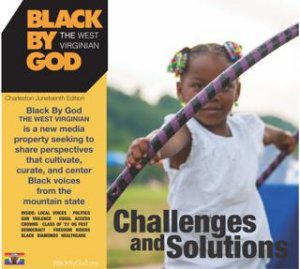 Black By God The West Virginian is a new Black-focused newspaper that made its official debut on Juneteenth, and I am very late to the party when it comes to mentioning it here in PopCult.

I wanted to wait until I had a copy in my hands, but I don’t venture out much in Charleston in hot weather, and it was just this week when I was able to grab a copy at Taylor Books.

This is the brainchild of Poet/Activist/Author Crystal Good, and this first issue is basically a proof of concept that a newspaper centered around issues important to the Black community can be addressed in a print format.

Of course they can, and Black By God does a pretty spectacular job of it. The Black community in Appalachia has been overlooked and under-represented by local and national media, really forever. Black By God proves that Black-owned media can indeed be a thing, and it needs the support of everyone.

As an old White guy, my job here is to shut and listen and learn from the Black community. Black By God is a good starting point. The articles cover important issues and they’re written and researched with a higher level of professionalism than much of our locally-owned print media.

I look forward to their fall issue. You can find Black By God (It’s free by the way) in many local businesses around West Virginia, or you can read it online HERE. You can also subscribe to their Substack and follow them on Twitter. 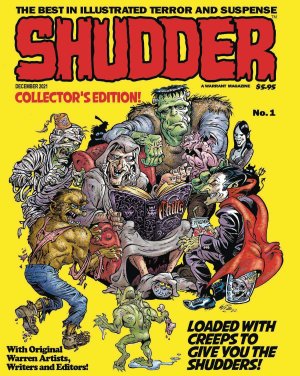 However, the book will be reborn as Shudder Magazine, with exactly the same format and creators. The magazine’s host, The Old Creep, will be retired, and his place will be taken by Old Aunt Shudder.

The reason for this change is pretty simple. The Creeps paid tribute to the classic Warren Horror Comic Magazines like Creepy and Eerie, replicating their format, layout, even the paperstock and fonts, and they did with a combination of Warren vets and talented newcomers.

And they were so good at it that, The New Comics Company, who bought the rights to Warren’s Creepy and Eerie out of bankruptcy back in the 1980s, took offense.

After prolonged discussions, and to avoid a costly legal battle, The folks at Warrant decided to change the title of their flagship publication and replace their mascot. Everything else will stay the same. Shudder will still have the look and feel of a vintage Warren publication, and they’ll continue to hire creators who worked on Creepy and Eerie back in the day.

The Creeps Magazine will be going away, and they will even stop selling back issues next May, so you might want to head over to their website to complete your collection now.

The first issue of Shudder will hit the stands in September, and the cover should amuse and possibly delight fans of Creepy and Eerie. You can also pre-order Shudder #1 and catch up with their companion magazine, Carmilla The Vampiress. 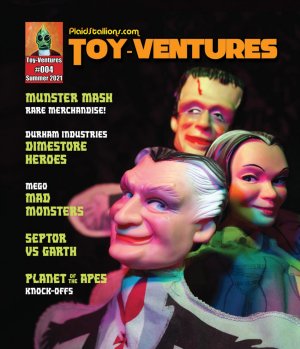 Toy Ventures, the new toy collecting magazine from the folks at Plaid Stallions, has made the leap into comic shops via Diamond Distribution. Well-run comic shops got issue #4 just this week, and you can pre-order issue #5 now. 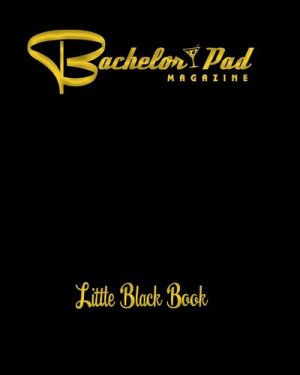 We have plugged Bachelor Pad Magazine in the past. This digest-sized compendium of Burlesque, Tiki, Lounge and Cool Culture is still delivering four regular issues a year, along with numerous special editions, and now a print-exclusve “Little Black Book.”

As their publisher, Java, explains…

We now have a collection of some of our favorite Bachelor Pad Gals and all their vital information! It’s the Bachelor Pad Magazine Little Black Book!

When we say “little” we aren’t kidding! This booklet is a whopping 4 inches wide, 5 inches tall and checks in at a pocket-straining 160 pages! Within those pages, we profile 75 Bachelor Pad Magazine pin-ups! We are featuring classic photo sets (both from our regular and Nightcap Editions) as well as tons of previously unpublished photos. Some models even took photos especially for this project! This is a must for any fan of Bachelor Pad Magazine! 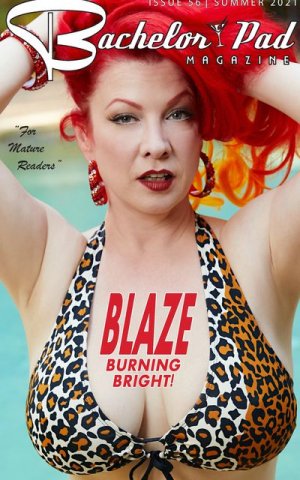 This special edition has nudie-cutie images and is meant for sophisticated readers. Please allow three weeks for shipping. This issue is available ONLY IN PRINT.

You can order Bachelor Pad’s Little Black Book HERE, and you can also get the latest issue of Bachelor Pad Magazine HERE.

And that is our update from the magazine rack in this week’s PopCulteer. Remember to listen to The AIR (find the player on this page) and check back for fresh content every day.