Song Of The Week: 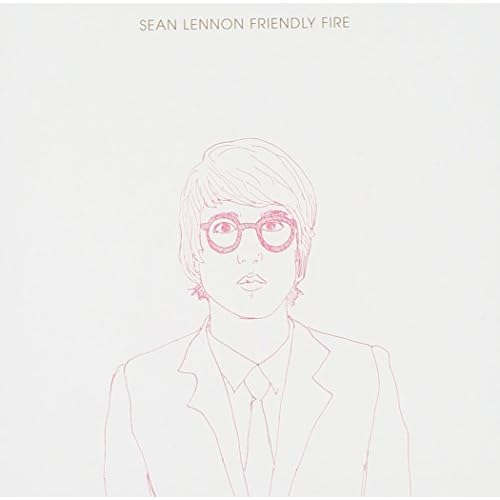 Sean Lennon has an astounding new album out. “Friendly Fire” was released on October 3, and it’s a concept album about how his girlfriend (Bijou Phillips) left him for his best friend, who then died in an accident before the two friends could reconcile. It’s a stunning, emotionally gut-wrenching work, and our SOTW this week not on that CD. “Idea” is an instrumental that hints at the tender melodies that Lennon uses on “Friendly Fire.”

For a better teaser for the CD, you can go to Lennon’s mySpace page and listen to “Dead Meat”, which recreates the ugly confrontation between the lovers with a strikingly beautiful tune.

Lennon’s birthday is October 9, and coincidentally, he shares that birthday with his late father. Also coincidentally, he turns 31, which is roughly the age his father was when he recorded “Imagine.” The younger Lennon bears a slight vocal resemblance to his father, but it’s not as pronounced as his older half-brother, Julian. “Friendly Fire” comes with a DVD with short films for each of the tracks on the album. You can read more about Sean Lennon and his new CD at his website.