Fans of Subway Surfers, the most-downloaded mobile game in the world in 2017 were treated to a special announcement on Christmas Day as SYBO Games revealed the first teaser for the highly-anticipated Subway Surfers animated series. This will follow the further adventures of world-spanning sporty trio of daredevil tricksters as they elude authorities to have a good time on the tracks. 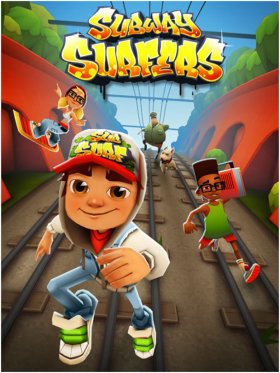 The series, scripted by Brent Friedman (Star Wars Rebels, Star Wars: The Clone Wars) and produced by Daytime Emmy award-winning producer Sander Schwartz (The Batman, Baby Looney Tunes, Ozzy & Drix) will give fans a chance to actually hear the characters they’ve grown to love speak for the first time and delve into the lore of the Subway Surfers universe and  follow the adventures of Jake, Tricky and Fresh.

Both of these creators have remarkable track records for creating brilliant animated shows with compelling stories, and it’ll be a real kick to see how they flesh out the Subway Surfers mythos and take the story beyond game play into serial entertainment.

The animated series will premiere online next Summer with ten four-minute episodes, followed by a long form series of 22 minute episodes.

With 1.6 billion downloads to its name, Subway Surfers is one of the most successful mobile games of its genre, being crowned the number one most downloaded game across all platforms of 2017. In Subway Surfers, players dash as fast as they can, dodging oncoming trains and rushing through the city. With your help, Jake, Tricky and Fresh escape from the grumpy Inspector and his dog. If you want to find out what all the fuss is about before the cartoon hits next Summer, the game is available on Google Play, Apple’s App store, Windows 10 and Amazon. 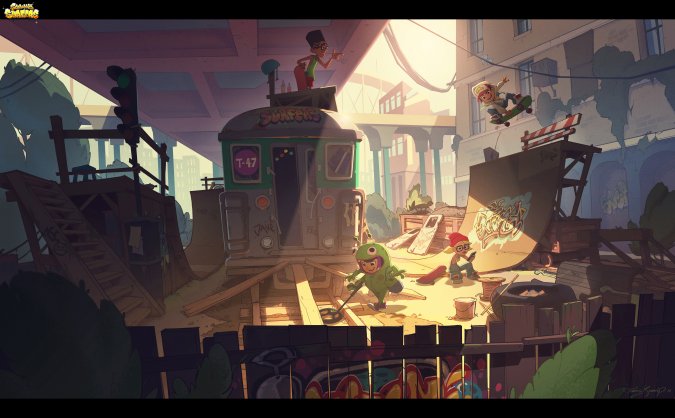