The 2021 PopCult Gift Guide leaves ’em laughing with a comedy-themed final day to end November and this year’s guide.  The new format I chose this year–one post every weekday with five items, instead of three or four posts every day–turned out to be much less stressful, although I did wind up slotting in reruns for today’s programming on The AIR because I finally had too many tasks collide to do everything at once.

The plan is for today to be the final entry in the guide. Thursday I will run a list of local retailers that folks should support. Friday will bring the Master List for The 2021 PopCult Gift Guide, and then I can start concentrating on all sorts of other projects. But for now, it’s our final day and our theme is Comedy.

All About Me!: My Remarkable Life in Show Business 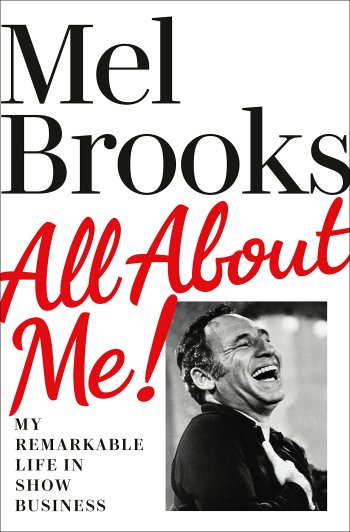 I always intended to kick off our final day with this book, which is just officially published today. It’s Mel Brook’s autobiography, telling his entire life story including his amazing career writing for Sid Ceasar, co-creating the TV show Get Smart, and his incredible run as a movie director of comedy classics like The Producers, Young Frankenstein, Blazing Saddles, and so many more. We also get details on his side gig producing serious movies like David Lynch’s The Elephant Man, The Fly and Frances, and then find out about his Broadway Musicals that adapted his hit movies.

Let’s check out the publisher’s blurb…

For anyone who loves American comedy, the long wait is over. Here are the never-before-told, behind-the-scenes anecdotes and remembrances from a master storyteller, filmmaker, and creator of all things funny.

All About Me! charts Mel Brooks’s meteoric rise from a Depression-era kid in Brooklyn to the recipient of the National Medal of Arts. Whether serving in the United States Army in World War II, or during his burgeoning career as a teenage comedian in the Catskills, Mel was always mining his experiences for material, always looking for the perfect joke. His iconic career began with Sid Caesar’s Your Show of Shows, where he was part of the greatest writers’ room in history, which included Carl Reiner, Neil Simon, and Larry Gelbart. After co-creating both the mega-hit 2000 Year Old Man comedy albums and the classic television series Get Smart, Brooks’s stellar film career took off. He would go on to write, direct, and star in The Producers, The Twelve Chairs, Blazing Saddles, Young Frankenstein, Silent Movie, High Anxiety, and Spaceballs, as well as produce groundbreaking and eclectic films, including The Elephant Man, The Fly, and My Favorite Year. Brooks then went on to conquer Broadway with his record-breaking, Tony-winning musical, The Producers.

All About Me! offers fans insight into the inspiration behind the ideas for his outstanding collection of boundary-breaking work, and offers details about the many close friendships and collaborations Brooks had, including those with Sid Caesar, Carl Reiner, Gene Wilder, Madeleine Kahn, Alfred Hitchcock, and the great love of his life, Anne Bancroft.

Filled with tales of struggle, achievement, and camaraderie (and dozens of photographs), readers will gain a more personal and deeper understanding of the incredible body of work behind one of the most accomplished and beloved entertainers in history.

This book is obviously recommended for any fan of Brooks’ work, and should be required reading for anyone with an interest in comedy. Available from any bookseller, but discounted at Amazon. 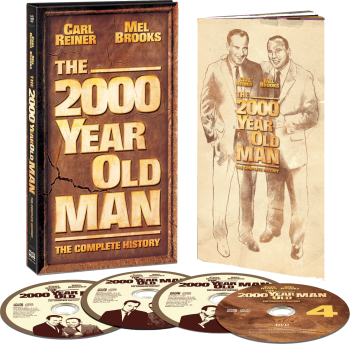 Since we’re on the subject of Mel Brooks, I thought I’d offer up this boxed set of all the recordings of Brooks and Carl Reiner’s 2000 Year Old Man. They did this character, with Brooks as the old man and Reiner as the interviewer, first at parties, then they developed it into a stage act.

I think the animated cartoon based on these records was the first time I was exposed to Mel Brooks (that I was aware of). I became a huge fan, and made sure to see Silent Movie when it hit theaters the following year.

Also included is a DVD with that animated TV Special that I mentioned above, plus some television appearances from the 1960s on shows with Ed Sullivan and Jack Parr.

This is a great gift for anybody with a healthy sense of humor. 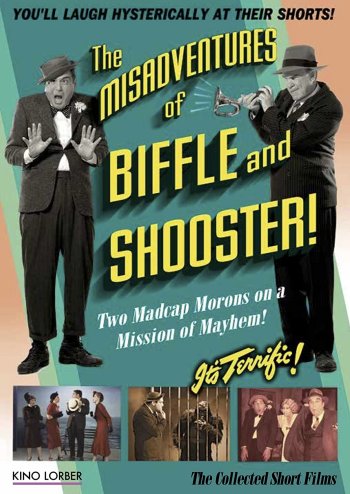 This is a bit of a bittersweet entry, since one of the performers of this semi-imaginary comedy team, Will Ryan, just passed away a few weeks ago, but this is still a very intriguing and hilarious gift idea for the fan of classic comedy teams on your shopping list.

I’ll let them explain it…

Remember when the Golden Age of Hollywood was full of great comedy duos like Laurel & Hardy, Abbott & Costello, Olsen & Johnson and Biffle & Shooster? Wait, what? WHO?

Okay, so they weren’t really from the 1930s, but these astoundingly authentic and hilarious shorts have actually made audiences believe that those Merry Madcaps of Mayhem worked their screwball magic back then.

Award-winning filmmaker Michael Schlesinger and his enormously talented cast and crew throw themselves into the zaniness with gleeful abandon, stars Will Ryan and Nick Santa Maria are as versatile as they are uproarious, and you’ll spot some familiar faces popping up here and there.

Packed with extras, The Misadventures of Biffle and Shooster brilliantly recreates the era when comedy was actually funny. So relax, everyone: Biffle & Shooster will Make America Laugh Again!

Special Features: Hilarious Commentary On All Five Shorts By Filmmaker Michael Schlesinger And Stars Nick Santa Maria And Will Ryan | 1928 Vitaphone Short FIRST THINGS LAST | Spanish Outtake From IMITATION OF WIFE • MAD MAD WORLD outtake | 1962 Interview With The Team | Will Rogers PSA | “Turn Off Your Phone” And Other Bumpers | Deleted Scenes | Alternate Takes and Extended Musical Numbers | Behind the Scenes Footage | Trailers | Plus Nearly One Full Hour of Bloopers and Outtakes!

Any student of comedy will love this. Thanks to Mark Evanier for writing about this so much that I checked it out myself. 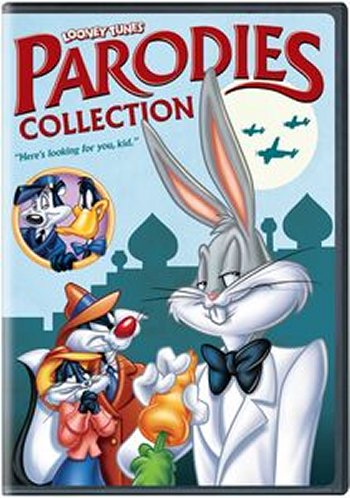 Like many people, I cut my comedy eye teeth on Looney Tunes. This collections spans the decades with entries from the 1930s to the 2000s, and it’s loaded with Looney Tunes’ favorite characters. Yu can expect to see Bugs Bunny, Daffy Duck, Yosemite Sam and more in action.

Of course this includes “What’s Opera Doc?” which is worth the price of the disc alone. Here’s the rundown from the back of the DVD box…

Recommended for any kid or adult who loves animation and Looney Tunes. It’s cool to have this selection all in one place for a pretty low price. 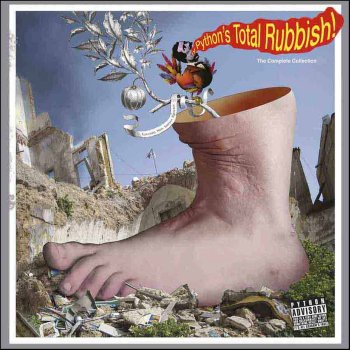 Our final entry in The 2021 PopCult Gift Guide (and one of the most expensive) is this complete collection of all of the Monty Python comedy albums on CD, crammed into a beautifully-illustrated box wth a bonus 7-inch vinyl single and bonus tracks on every CD.

Originally plopped out to take advantage of their 2014 reunion shows, this career spanning box set entitled Monty Python’s Total Rubbish: The Complete Collection is pretty much everything you need to own the audio side of a complete Python archive.

If you have a die-hard Python fan on your shopping list, then this is the perfect gift for them,since they probably already have the TV shows and movies.

And there you have it…roughly 110 gift suggestions spread out over the month of November here in PopCult. Check back for fresh content every day, and the Master List on Friday.