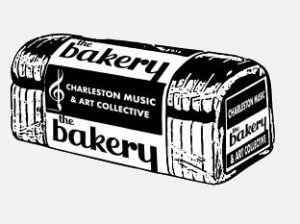 Last summer I told you about The Bakery, inside the former Purity Made Bread Factory located at 1007 Bigley Ave on the West Side of Charleston which had become an incubator of sorts for creative endeavors. Facing a cash crunch, the owner had put the building on the market, but was hoping for new tenants to come in and rescue this cool space from being taken away from the creative community.

Their largest tenant had moved out, leaving the building operating at a loss. Something had to be done.

In the week after I first wrote about the situation, several new tenants moved in, and a non-profit organization was formed to rent the largest space and operate it as an all-ages venue, to be called, “The Bakery.” For the time being, the building was saved.

Led by Jason Robinson, Dennis Strom and Chris Ojeda, The Bakery has made a splash and has hosted many terrific shows. However, The Bakery is still a new entity, with just seven months of operation under its belt. While they’ve had some huge shows, they still need a lot of help in fundraising to cover their operating costs. There are still cash-flow problems. To counter this, and make some much-needed capital, The Bakery has a three-pronged attack planned. 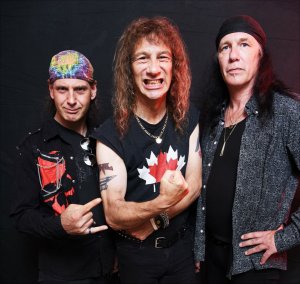 First, they continue to book high-profile shows. This Friday, legendary Canadian Heavy Metal Band, Anvil (seen left)will take the stage at the Bakery. Following that, The Bakery will play host to Unearth / MyChildren MyBride , Lady Parts Justice League Comedy show and a Filmmakers Contest During Festivall. There are more big shows waiting to be announced. On the booking front, things are moving along nicely.

Anvil is cited as an inspiration for bands like Slayer, Megadeth and Metallica, and they are the subject of an award-winning documentary film. This is their fortieth-anniversary tour, and I believe it may be their first time playing Charleston. Doors open at 7 PM and the shows begins at 7:30 PM. Tickets are $20 in advance or $25 at the door. You can order advance tickets HERE.

In addition to booking top-flight shows, The Bakery is asking for help via Patreon, a sort of ongoing “Kickstarter” type donation system. Donors kick in five to fifty dollars a month, and in return get perks like stickers, buttons, admissions, presales and exclusive invites to events. For more details, you can check out the Patreon page HERE.

One-time donations can be made via PayPal, at CMACBakery@Gmail.com.

The third element of this fundraising campaign is the search for corporate sponsors, and for that, I am going to simply print Jason Robinson’s Facebook pitch:

The Charleston Music & Arts Collective, herein referred to as “The Bakery”, is searching for businesses and individuals that are interested in becoming Sustaining Partners. 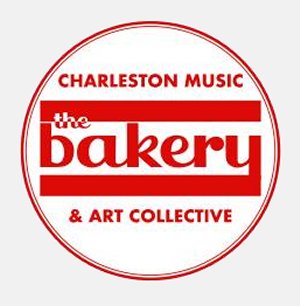 In Charleston, WV at 1007 Bigley Ave, there resides a building; a building that once housed the Purity-Maid Bread Factory. For decades, this building produced sights and smells many residents of Charleston still remember vividly as their family members produced fresh-baked bread and distributed it throughout the region. Now the building, simply known as “The Bakery”, houses another type of artistic creation, The Charleston Music & Arts Collective! Founded by: Charleston musician and frontman of Metal Blade Recording artists Byzantine, Chris Ojeda, Technical Director of Limelight Theatre Co. – Dennis Strom and Musician/Booking Agent Jason Robinson. The Charleston Music & Arts Collective is an open-source, all-ages, non-profit organization with the sole purpose of establishing a central hub for the creative minds of the Kanawha Valley region of West Virginia. The Bakery opened its doors on December 1, 2017. Over the course of the last 5 months we have brought over 25 All-Ages music events, including headliners such as Madball, Soulfly and Byzantine. We also provide a first-class rental space for theatre, art, wine tastings, dance classes, movie screenings and more.

How can you help in growing this vital hub of artistic expression in our community?
Make a 6-month pledge and be part of an investment in our region’s future! We will show our appreciation by adding your company’s name to a banner which will be visible from the high-traffic merger of I-64/I-77/I-79!

Levels of Sustaining Sponsorship:
Croissant (Extra Large Logo)
$100.00 a Month
Brioche (Large Logo)
$75.00 a Month
Scone (Medium Logo)
$50.00 a Month
Baguette (Small Logo)
$25.00 a Month
Your charitable donation is tax deductible and can conveniently auto paid through on a monthly basis or in a lump sum.

Corporate Sponsors can donate via this link, and contact The Bakery at 304-807-9023 to make more detailed arrangements.

With any luck, The Bakery can thrive and continue to give Charleston the long-term all-ages music venue that we have so desperately needed. Right now the priority is catching up on their rent, and then they need to have enough cash on hand to step up their promotion for upcoming events. I’m afraid that The Bakery is still in the “best kept secret” phase of their existence, and we need to get the word out to more people about this great, mid-size performance venue.