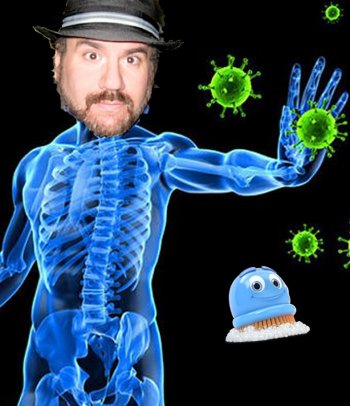 Five years ago today, in this blog, I went public with my diagnosis of Myasthenia Gravis.

To my great surprise, people actually cared, and that post has become the most-read at this blog.

It was a bit strange to hijack my pop culture blog and turn it into a personal journal about my experiences with having a chronic illness, but I don’t do that too often, and PopCult has never really been a normal blog anyway. During my days as part of the Gazette and Gazette-Mail I managed to mix in family obituaries and births and my stealth wedding with my coverage of comics, toys, movies, TV, nostalgia, music and local happenings.

On this fifth anniversary of that big personal post, I thought it might be time to give my readers a quick update, since so many of you have been writing and asking how I’ve been holding up during the pandemic.

I’ve actually been doing pretty great. Not eating out so often has been very good for my diet, and I’m finally starting to drop some of the extra weight I put on while I was taking Prednisone for a year and a half when I was first diagnosed. Melanie and I have been coccooning, and it was nice to slow down a bit. Thanks to masking, social distancing and staying in, I managed to dodge any of the usual sinus infections that have been a regular part of my entire adult life.

I went thirteen months without seeing a doctor, so it was nice to have a respite from being poked and prodded. During that time, my Neurologist, Dr. Glenn Goldfarb began his well-earned semi-retirement, and I am now under the care of a new doctor, who is intrigued by the lack of severity of my disease. I still have an unusually mild case of Myasthenia Gravis. This means that I have been and will be undergoing new rounds of baseline testing, just to make sure that I still have the disease, and maybe find some alternative treatments. It is my hope that if he changes my meds, he puts me on one where the side effects are that it reverses baldness.

The last two weeks of 2020 saw me having a run of several “good days” to the point where I considered that I may have been in remission. Then in January my MG returned, possibly due to a change in the recipe of something I’d been drinking.

I try to stay away from Aspartame, or “Nutrasweet,” but sometimes a food company will switch artificial sweeteners without warning, and the next thing you know…crossed eyes and wonky fingers return.

During that brief near-remission, my eyes uncrossed completely for the first time in years. I was able to drive without wearing glasses with corrective lenses. This was a big deal for me, because I had feared that the muscled involved in uncrossing my eyes had atrophied to the point where I would need surgery to uncross my eyes. This proved to me that surgery is not necessary. 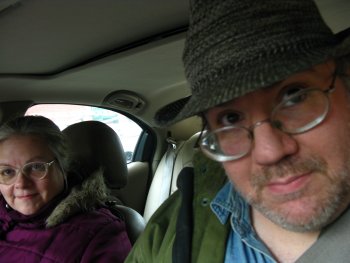 So things are looking up for me, but I still have bad days and good days. The good far outweighs the bad, and I still consider myself the luckiest man on the face of the Earth. I mea, I’ve just spent a year locked in a house with tons of comic books, toys and music, and the girl of my dreams. We never even had to go without our regular brand of toiler paper.

After a delay to monitor the possibility of contraindications between the vaccines and the many meds I take, I will be getting my first vaccine shot very soon. I will probably still wear a mask when I go out after my second shot because I take so many immuno-suppressants. I think we are still several months away from “normal,” with this pandemic, and having made it this far, I would hate to be wiped out close to the finish line.

Mel and I are chomping at the bit to travel and get out and shoot video of bands again, but we aren’t dying to do it. Literally, we don’t want to risk dying. That would really suck.

As for how Myasthenia Gravis affects PopCult…I’m sure you’ve all noticed that I’ve cut way back on videos, and have taken Radio Free Charleston back to its roots as a radio program (you can hear it on The AIR in that embedded player up near the top of the blog).  Monday Morning Art features a hell of a lot more physical art than it used to. When my fingers cooperate, I take advantage of that and draw or paint.

And when I’m having a bad day, or one where the medical industry comes a calling for my time, I slack off. I still haven’t missed a day for a long time, but some of the posts can be a bit skimpy, and sometimes when I have something medical scheduled, I’ll sit down the night before and crank out one of my trademark wordy-assed essays that doesn’t really say anything new, and just fills up space so I can keep saying that I post fresh content every day.