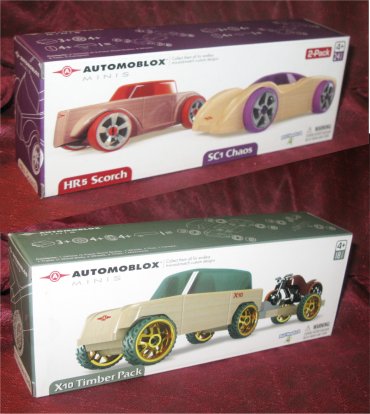 In the most recent PopCult Gift Guide I recommended a designer toy that’s been around and collecting accolades for some time, Automoblox. These are exquisitely-crafted wooden cars that can be disassembled and reassembled into different styles.

Each Automoblox vehicle sports a body made of European beech wood, and includes multiple interchangeable components, including tires, rotors and calipers. It’s easy enough for kids as young as 4 to get in on the fun, and the cool, collectible mix-and-match designs appeal to older kids and adults as well.

I finally got my hands on a couple of Automoblox Mini sets, and I have to say, they’re as impressive in person as they look in print. And they have been covered extensively. Besides being in the PopCult Gift Guide, Automoblox has received attention from the media in publications such as Motor Trend, Newsweek, Parents Magazine and Car and Driver. Automoblox also received the prestigious Oppenheim Platinum Toy Award for its line of emergency vehicles.

The two sets I have in hand are the “Minis,” which means they’re about four to five inches long for the cars (longer for the truck and trailer) and these are really cool little toy cars. The size makes them just about compatible with a vintage Marx garage, and the wooden cars with rubber tires are quite a step up from the simple plastic cars that originally came with the Marx playsets.

First up we have a two-pack of cars featuring an HR5 Scorch (below), a super-luxury car, and the SC1 Chaos, a super-sportscar. The laquered wood construction for the car bodies is simply brilliant, like a tiny work of art. Adding to this are the color-coordinated plastic roofs and rubber tires, and the deluxe chrome hubcaps. 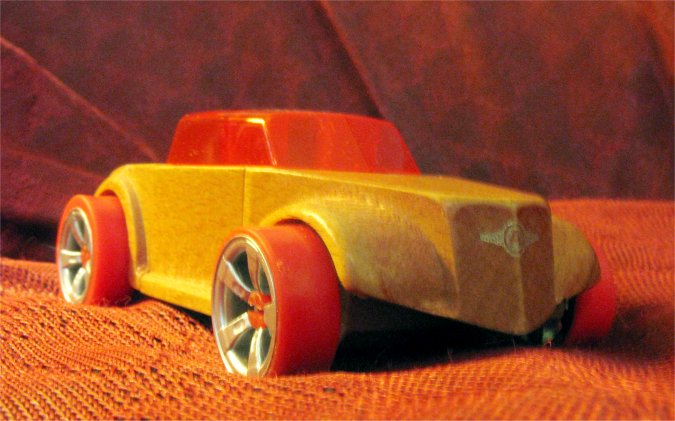 The cars roll freely, which is pretty important for a toy car, and they can also be taken apart, and combined into new configurations, adding considerably to the play value. These are really sharp-looking toy cars, and I’m posting close-up photos to give you an idea of how cool these look. Right below you see the SC1 Chaos. 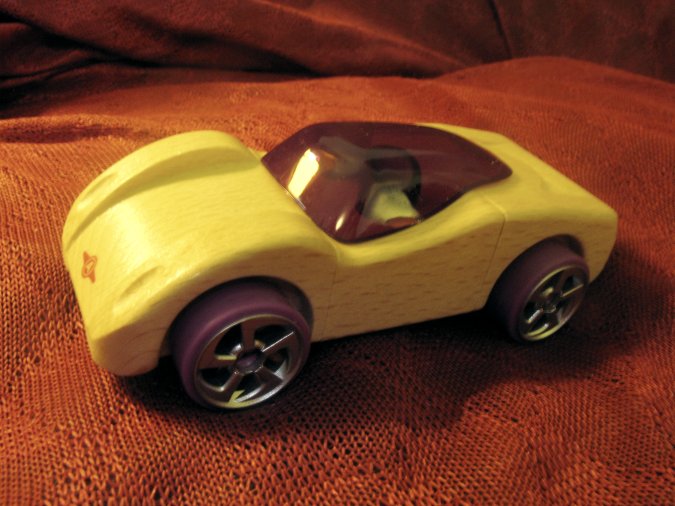 Our second example is the X10 Timber Pack, which consists of a huge SUV with a trailer carrying a motocross motorcycle. This is another great set, with the green-accented SUV sporting gold chrome rims and the matching trailer toting a nifty little red-and-orange motorbike. 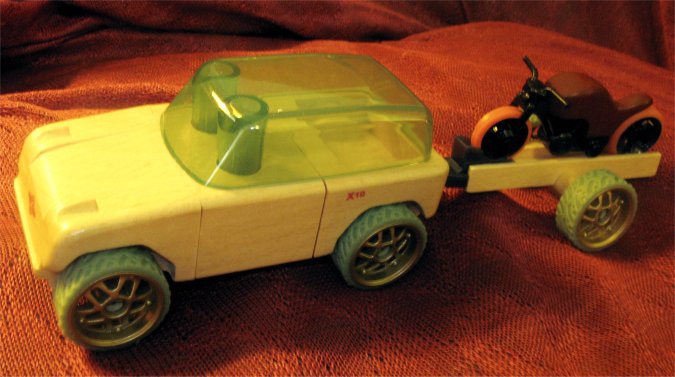 These cars come assembled, so they don’t immediately indicate that they are building toys in addition to being toy vehicles, but they do list the number of pieces on the box, which will help parents keep track of them once they do get scrambled.

It’s almost a shame to take them apart. These are great toys and kids will love them, but they also work as tiny works of art. They make great office decorations without screaming “NERD,” and they’re just really cool to look at and admire. The Motorbike alone, is a teensy masterpiece of simplicity. 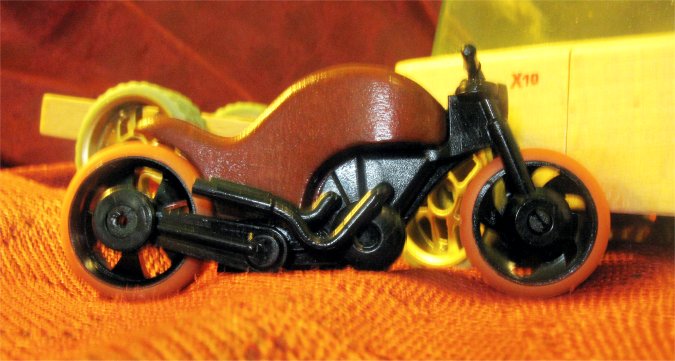 Seriously, I don’t know whether to recommend Automoblox as toys or as cool decorations. You might want to buy one for your kids, and one for yourself.

A couple of years ago Automoblox was acquired by our friends at Playmonster, and they’re easier to find now. You can always look for them at their own store or at Amazon, but they’re also turning up in more independent toy stores and museum shops and online at Walmart and Fat Brain. These are not the cheapest toy cars on the market, but they’re well worth the price considering the craftsmanship on display. These are the kinds of toys that kids grow up remembering.