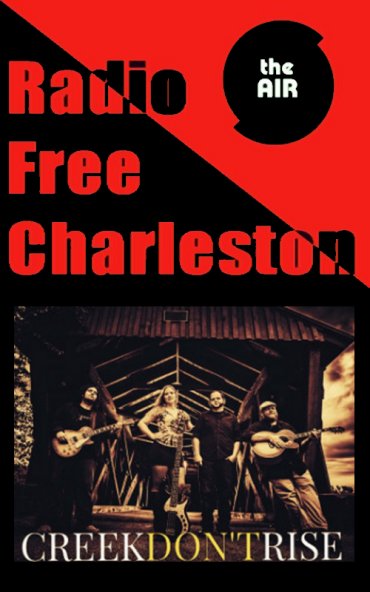 You can hear a new song by Creek Don’t Rise Tuesday at 10 AM and 10 PM on Radio Free Charleston, on The AIR…

The band has released the title track of their upcoming EP, Sometimes It Rains, as a teaser for their IndieGoGo Campaign to finish the record and get physical copies into stores.

We go to their campaign page for details:

We’ve funded the majority of this record on our own but now we need your help. Contribute to this project and be one of the first to receive the new EP!

These tracks have been recorded with Eddie Ashworth at the Oxide Shack in Athens, Ohio, and sound incredible. The band just needs some extra funds to get this project to the finish line. Funds raised will pay for the mixing/mastering of the EP, album artwork, distribution and new merchandise.

We go back to the band for their mission:

We write songs about what we know and here in Appalachia nothing is more common than drug addiction and catastrophic flooding. The two tracks that resonate most with our fans are “White Coat Man” and “Creek Don’t Rise.”

“White Coat Man” is about the opioid crisis here in Appalachia as it relates to the over-prescribing of narcotics that lead to heroin addiction and often death. This song has meant so much to so many people. Folks come up to us after shows and tell us their stories about struggling with and overcoming addiction. We hope to shed light on an epidemic that is destroying our state and killing our friends. “White Coat Man” will be featured nationally on the PBS Newshour series “America Addicted” later this year as part of a series on the drug epidemic. Our demo version of this song has over 104k video views on Facebook.

The song “Creek Don’t Rise” is about the desperation of watching everything you own be washed away in a flood; a feeling West Virginian’s know all too well. We’ve helped raise a lot of money for flood relief through this song. One testament to how meaningful this song is to folks is the demo version has over 248k video views. If you loved this song before, you’re going to be blown away with what we have done with it.

To help get the band to their goals, you can follow the links in this post, or hit up the widget below…

And in case you miss Radio Free Charleston, listen to the song on their IndieGoGo page, or right here, to get a taste of the great music you’ll be receiving…

And if you do tune in to The AIR for Radio Free Charleston at 10 AM and 10 PM, here’s the full playlist for this week’s show: