Radio Free Charleston 156, “Warning Trioxin Shirt,” is posted above for your enjoyment. This week we have music from The Renfields and The Tom McGees, plus we have a terrific short docu-drama by Stephen Schmidt. But first, we have some corrections to do. 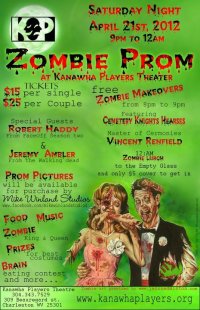 I’m pleading allergy-induced dementia for this. First, the Tom McGees’ song that I call “Be Smart” in the show, and “Be Strong” in the credits, is actually called “Enemy Spy Plane Inbound.” I know, it’s an easy mistake to make. Compounding the errors, I announce that The Tom McGees are playing the Porkchopp3D Trailer Release Party April 26 at The Empty Glass, when in fact it is our other musical guest, The Renfields, who are going to be playing that show. Aside from the two huge mistakes in the scripting process, I was really happy with the host segments, which were shot outside of Kanawha Players Theater, the location of this weekend’s Zombie Prom.

The reason we have The Renfields, or at least three-fifths of them, on the show this week is that their leader, Vincent Renfield, is the Master of Ceremonies for The Kanawha Players Zombie Prom, which takes place at KP, on April 21. It’s going to be a fun night of Zombie goodness, with dancing, contests, Zombie Prom photos by Mike Winland Studios, and special guests, RJ Haddy from the SyFy series “Face Off” and Jeremy Ambler from The Walking Dead. It’s going to be lots of fun…people are just dying to go! 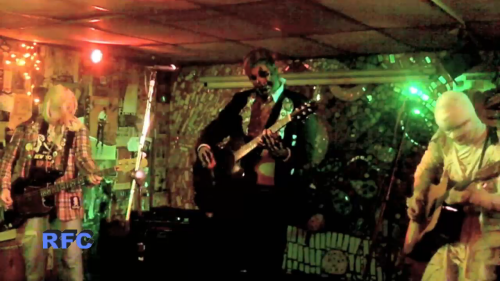 Three of The Renfields

Last year we captured an unplugged version of The Renfields at The Empty Glass, and we let two songs out of the dungeon, “From Beyond” and “Ramones Zombie Massacre.”

At midnight on April 21, when the Zombie Prom ends, the doors of KP will open and the undead will spill out onto Washington street where they will amble down to The Empty Glass to hear music from Hellbound Honky Tonk, Foz Rotten, Charlie Ant Eaterr, and The Tom McGees! This is a fundraising show for Heart of Appalachia Roller Derby, and it’s a great combination of cool stuff for the folks in Charleston. The cover charge for the H.A.R.D. show is seven bucks, but it’s only five if you go to The Zombie Prom. 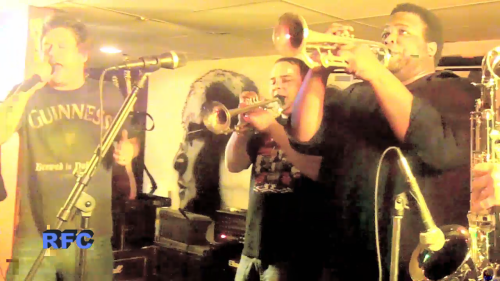 Speaking of The Tom McGees, in addition to playing at The Glass on the night of the Zombie Prom, they will also be there on May 4 for a benefit to raise money to record their first album. Playing us out this week is The Tom McGees with the elusively-named “Enemy Spy Plane Inbound.” 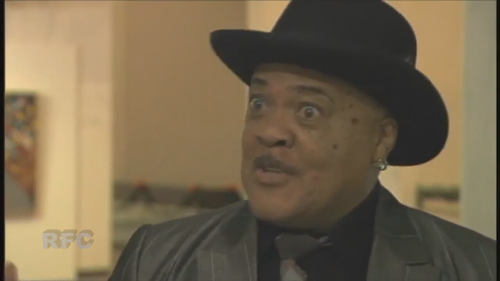 Sandwiched in between our musical guests we have a wonderful short film by Stephen Schmidt. “Give Up The Fuzz, a few words with Clarence Fuzzy Haskins” In this film, Stephen combines an interview with Fuzzy Haskins, with dramatic recreations of some of the events starring such notable local performers as Newman Jackson, Philip Washington and Billy Hambleton. 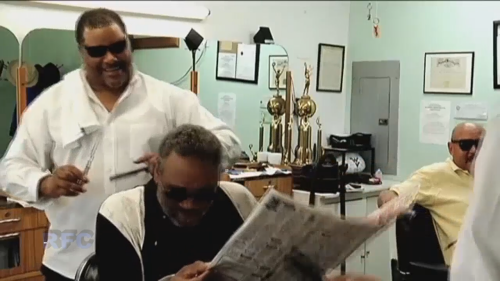 Fuzzy Haskins was a founding member of Parliment-Funkadelic, and the interview with him was conducted at a West Virginia Music Hall of Fame event. I want to thank Stephen for letting me share his wonderful film with the RFC audience.

I think we’re in the midst of a pretty good run of weekly episodes of Radio Free Charleston. Next week that continues as we shine the RFC spotlight on the work of Liquid Canvas, and James Vernon Brown.