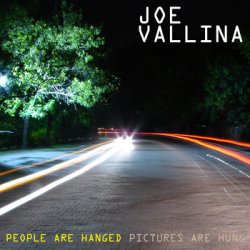 We have another week with tons of cool things to talk about, and we’re not even going to try and cover Comic Con International in San Diego. There are plenty of on-site reporters on duty out there to bring you every detail.

We got our own stuff going on, see…

Our old pal Joe Vallina, of Feast of Stephen and Wiley Sonic fame, has released a great new album, “People Are Hanged…Pictures Are Hung,” and it’s a great little summer surprise. It’s a seven-song collection, split between three “rockers” and three tunes from “HE SENSITIVE SIDE OF MR. VALLINA,” with the ‘Hit Single” “Year of the Wicked” thrown in for good measure.

“People Are Hanged…Pictures Are Hung” is impeccably-crafted pop with a mature, punk edge to some tracks. The lyrics are clever and the tunes memorable. Musical styles range from power pop to Americana to intricate balladry.

The album is available from Bandcamp for download, and you name your own price. Fans of Vallina’s previous work will want to grab this ASAP, but don’t cheap it up. This is a classy collection of new music, fresh out of the oven. 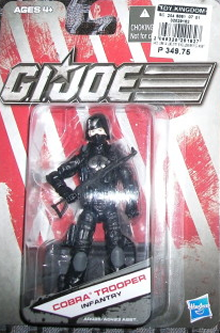 Just when you almost regain faith in humanity, a story like this comes along. Dollar General is the exclusive retailer for a new line of 3 3/4″ GI Joes. These are really nice takes on old favorites, with new details and paint jobs, and long-time collector have been eagerly awaiting their release.

As you know, we have tons of Dollar General store in West Virginia. And it seems that every one of them was hit by a notorious toy scalper with a bogus story. Before these figures were due to be released, this older gentleman visited every Dollar General store in the region and talkeed to the manager. He brought a photo of his sick, handicapped, grandchild and teared up as he told them how precious his grandson is, and how his dying wish is to get to have a set of these new GI Joes. He left his phone number, and asked if they’d call him when these new action figures came in.

The managers at Dollar General do not have hearts made of stone. They didn’t know that the photograph of the “grandson” was downloaded from St. Jude’s Children’s Hospital, or that “grandpa” is a widely-despised toy scalper who’s been banned from a few area Wal Mart stores for trying to bribe employees. They did what any caring person would do, and consequently, hardly any of these rare GI Joe figures even made it to the shelves in West Virginia. 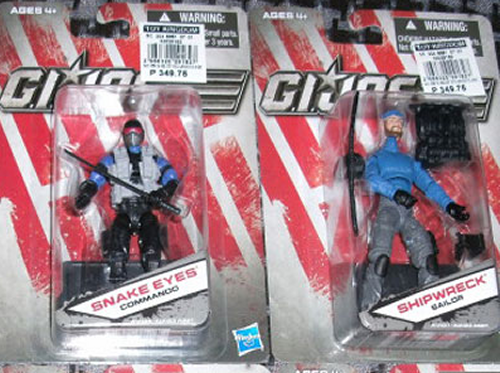 And so these action figures, which retail for six bucks, went straight to eBay where they brought “grandpa” between thirty and seventy-five bucks a pop. Meanwhile, kids and collectors who really wanted them were denied the chance to even see these figures. It was only when other collectors started asking for them, and told them that they’d heard the same story at other Dollar General stores, that the pieces fit together.

Dante didn’t specifically assign a level of Hell for toy scalpers, but he probably should’ve. 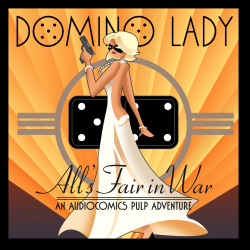 This week’s Audiocomics offering is the adventures of Domino Lady in “All’s Fair In War.” This is a cool, fast-paced mini-adventure in three acts, with great acting and terrific production. With a download price under three dollars, you can’t go wrong.

Let me go to the PR to introduce you to Domino Lady: “Created by Lars Anderson in the pages of Saucy Romantic Adventures and Mystery Adventures, The Domino Lady is the alter-ego of Ellen Patrick, a wealthy UC Berkeley graduate out to avenge the murder of her father, District Attorney Owen Patrick, in the Raymond Chandleresque Southern California of 1935. While she brandishes a .45 and syringe of knockout serum, her greatest weapon is her sexuality, which she uses to disarm her unsuspecting opponents. Routinely stealing from her targets, Ellen donates most of the profits to charity after deducting her cut, always leaving a calling card with the words “Compliments of the Domino Lady.”

“Domino Lady appeared specifically in “spicy pulp” magazines, pulps that typically featured semi-pornographic short stories. Such magazines had smaller print runs (and were as a result a few cents higher in price) and were usually sold “under the counter” upon request.”

This is the first radio-style presentation of Domino Lady. It includes traditional “spicy” elements like a nudist colony exhibition (I know, more gratuitous radio nudity), but it’s all in good fun. This is really entertaining stuff, sort of like a less absurd version of The Firesign Theater. The cast seems to be having a blast with this adventure. Karen Stilwell shines as Domino Lady, ably assisted by the rest of the Audiocomics Pulp Adventures Acting Company, Mandy Brown, Peter Carini, Bill Chessman, Kevin Donnelly, Suzan Lorraine and Peter Papadopoulos. This fun little sonic treat was written by Rich Harvey and directed by Lance Roger Axt. 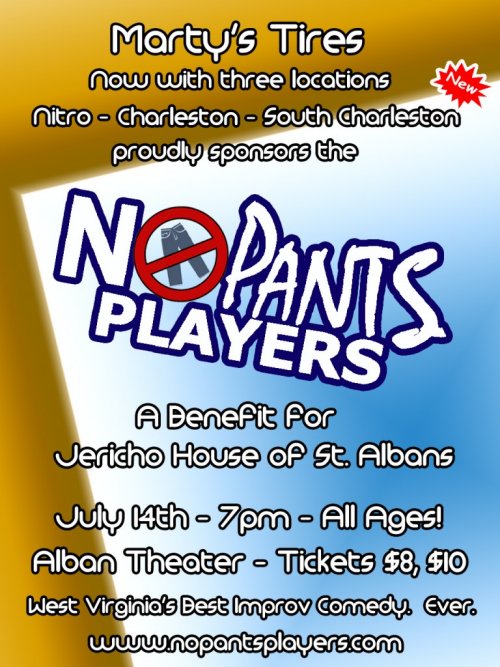 The No Pants Players, West Virginia’s premier improv comedy troupe are no strangers to the stage or fundraising for a worthy cause. Over the last eleven seasons, No Pants has raised money for such organizations as Covenant House, American Heart Association, and the families of the Upper Big Branch miners. On July 14, 2012, the troupe will hold another benefit show for The Jericho House of St. Albans. Sponsored by Marty’s Tires, this show will be held at the Alban Arts and Conference Center (65 Olde Main Street, St. Albans, WV 25177). The show begins at 7:00 p.m. and tickets are $8 for children under the age of 12, $10 for adults.

For 20 years, the Jericho House of St. Albans has served as a halfway house for families that have found themselves in dire straits. Jericho House offers food and shelter to those in need. Often a family will stay for about six months before getting back on their feet and moving forward with their lives. Without Jericho House, this process is much more difficult. They truly understand what it means to help one’s neighbor and are a beacon of kindness in the valley.

Please support the No Pants Players, Marty’s Tires, and Jericho House as they all try to make a bit of difference in the community. Proceeds will be donated to Jericho House in support of its efforts to feed and house families in need. Bring the entire family and enjoy the hysterical misadventures of the No Pants Players on July 14th, 2012 at the Alban Arts and Conference Center. Tickets are also available online at www.nopantsplayers.com and at the door starting at 6:30pm.

In The Company of Wolves, along with guest, 5:42, will hold their EP release party at The Soound Factory tonight. You may remember In The Company of Wolves from RFC 159 . This should be a killer show. The cover is five bucks and the show kicks off at 10 PM. Saturday the Wolves will pack into Creekside Cafe in Hurricane.

Saturday night at The Blue Parrot, it’s Freaktent, Dinosaur Burps, Beyond the Wayside and recent RFC guests Godmode Broadway, with a five-dollar cover for the 9 PM show.

Across town at The Empty Glass, it’s the return of Blitzkid, with support from two RFC favorites, The Big Bad and The Renfields. The show starts at 10 PM, with the usual Empty Glass sliding cover charge of $5 to $7, depending on when you show up.

Sunday sees another edition of Dr. Sketchy’s Anti-Art School at the Kanawha Players Theater. The theme this month is mermaids, and the featured model is Pixie De La Fiama. Check their website for details, and take a look at the color versions of the three pieces from last month’s Dr. Sketchy’s, which ran in black and white as this week’s Monday Morning Art... 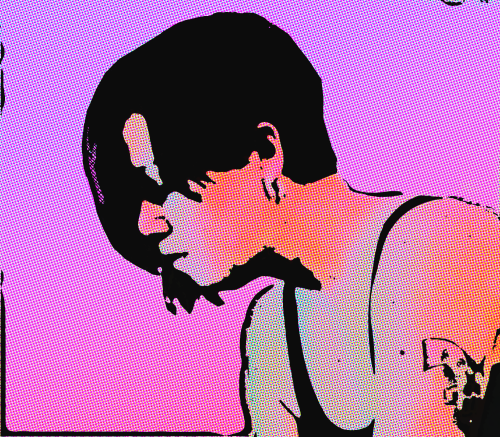 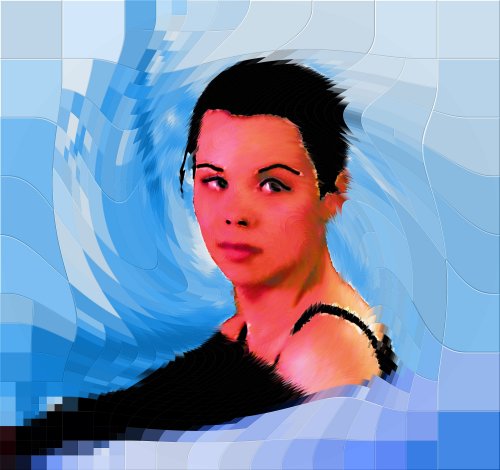 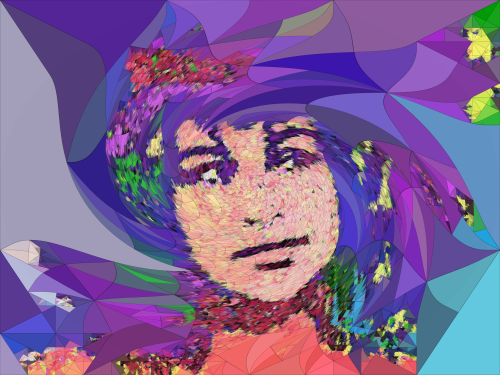 It was new this week, see…

That’s it for this week. See you in seven, with our usual stuff in between.