Looking Back At LiveMix For RFC 150 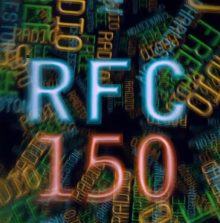 It’s finally here, episode 150 of Radio Free Charleston. “Black Shirt” is a celebration of LiveMix Studio, our production partner without whom Radio Free Charleston would not exist. LiveMix is gone now, but in this episode, we revisit some of the incredible performances and speak with some of the musicians who helped make our first 150 episodes so special.

RFC Big Shot Brian Young, one of the owners of LiveMix, speaks extensively about recording some of the bands, while we also have comments from performers Raymond Wallace, Dave Roberts, Lee Harrah, Melanie Larch, and in archival footage, Tom Medvic and Dan Jordan of Feast of Stephen.

LiveMix Studio was shut down in late 2010 when it became the property of Sacred Heart Co-Cathedral, who decided they wanted to be more selective in the ways in which they serve the community. The building sits empty now, but the memories remain and they are some killer memories. 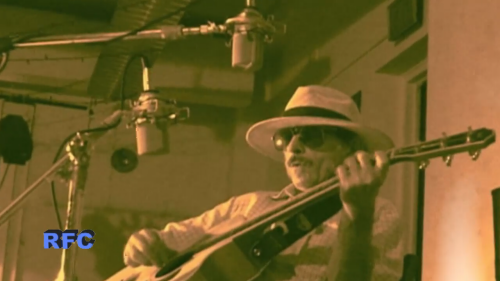 Raymond Wallace appeared on our fourth episode after having bottomed out physically and financially. A severe health crisis left him homeless and he hadn’t touched his guitars in months when we had him come in up at LiveMix. Once the cameras started rolling, Raymond sprang to life and treated us to the Civil War era song, “Champaigne Charlie,” which remains one of the classiest looking videos we’ve had on the show. Raymond is doing a bit better these days and we speak to him about his liveMix experience.  “Champaigne Charlie” was filmed by Brian Young and Rudy Panucci and edited by Frank Panucci. 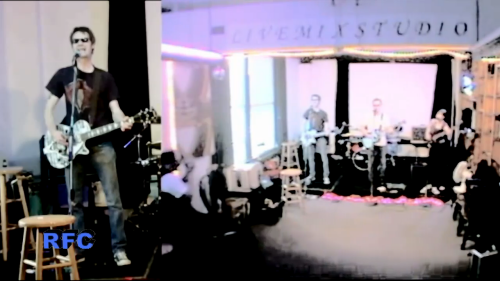 RFC 100 was another milestone show and part of that was the debut of The Nanker Phelge, a sort of supergroup consisting of RFC favorites Stephen and Mark Beckner, Casi Null, and drummer Dave Roberts (Dave was also the drummer for Eva Elution on episode 100 and has since appeared with Trielement and is performing with Pepper Fandango.) We were lucky enough to corner Dave in the alley behind the Empty Glass after a performance by Trielement and he spoke about what it was like to perform at LiveMix, a band that made their public debut at LiveMix during FestivALL 2010, more than two months after we shot “I’m Coming Home,” RFC’s first widescreen video. Camera work on this video was by Brian Young, Melanie Larch, and Rudy Panucci, with direction and editing by Rudy Panucci. 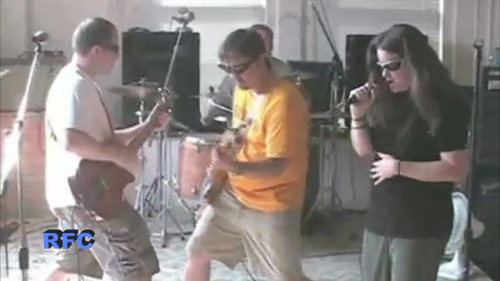 Episode 26 was our “Back To School” episode, which was hosted by Brian Young’s daughter, Cadence. In the clips we’ve included here, you can see how she got the job. Also from that show, we bring you the song, “The Good,” by Whistlepunk 2.0, which was Spencer Elliot, Dan Jordan, and Brian Young, with the addition of Karen Allen (now Karen Allen Richardson of Tofujitsu fame). Whistlepunk was originally a three-piece, and was the first musical guest on RFC’s very first episode. This powerful song was shot by Melanie Larch and Rudy Panucci, with the video directed and edited by Rudy. The recording was engineered by Brian Young, with the audio produced by Spencer Elliot and Brian Young. 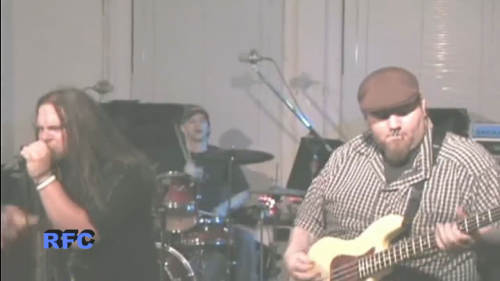 Radio Free Charleston has always tried to present a wide range of musical genres from the Charleston music scene. Episode 19 saw our first heavy metal band, Ghosts of Now, with their song “Deathburn”. While Ghosts of Now went their separate ways after a couple of years, Lee Harrah, the lead singer has become a valued member of our production team and has appeared on the show with WATT4, as Ozzy Osborne, and in his current band, HARRAH, which also includes Ghosts of Now drummer Eric Seckman. Roadblock, the bass player from Ghosts of Now, has also been a very good friend to the show, providing some incredible sound mixes and hooking me up with many new bands, as well as anchoring the bass position with The Scrap Iron Pickers. Camera on “Deathburn” was run by Brian Young, Rudy Panucci, and at least one other person whose name cannot be recalled at the moment. The audio mix and video direction were by Rudy Panucci, with the audio recording and engineering being done by Brian Young. 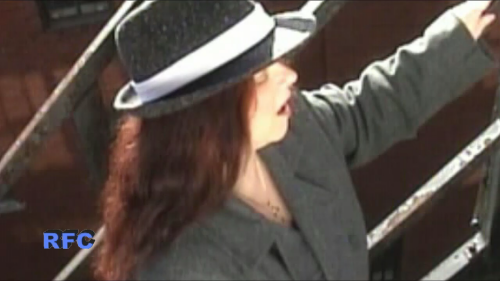 “Ave Maria”, sung by Melanie Larch, is one of the LiveMix Studio classic memories. Recorded on December 6, 2006, with camera by Brian Young and Rudy Panucci, Radio Free Charleston’s Resident Diva Melanie Larch knocked it out of the park in one take with this beautiful rendition of Gounod’s classic musical prayer. One of the happy accidents with this video was that being on the fifth floor of the fire escape at the back of LiveMix Studio provided us with an amazing natural reverb. Essentially seven stories of fire escape reverberations echoing in an alley gave us a sound more reverent than any cathederal in town. This video was directed and edited by Rudy Panucci, with sound engineering by Brian Young and audio tweaking by Frank Panucci and Rudy Panucci to reduce wind noise. 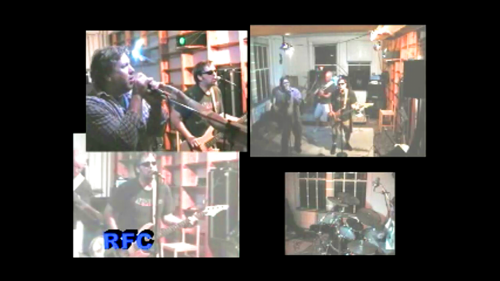 The reunited Feast of Stephen, from May, 2008

The Feast of Stephen had episode 23 of the show all to themselves and I’ve included two songs from that show here. Not just because it was one of the most amazing nights in the history of the show, but also because it shows off so much of the character and awesomeness of LiveMix Studio. The Feast of Stephen hadn’t performed in fourteen years and the band members had scattered to the winds, but they came back together for an amazing two night reunion (the first night was a rehearsal and was not filmed.) It was a magic night, bringing Bob Miller, John Radcliff, Joe Vallina, Dan Jordan and Tommy Medvick back together for the first time in way more than a decade.  Sound recording for the night was by Brian Young, with the production and mixing by Rudy Panucci. Camera work was by Jerry Fugate, Brian Young, and Rudy Panucci, with direction and editing by Rudy. 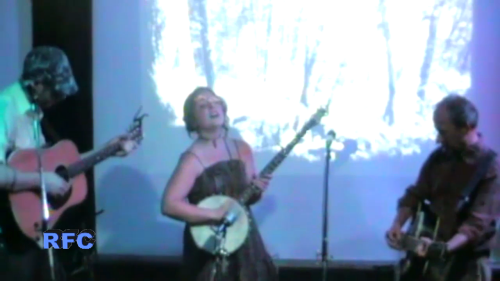 You want to be sure to stick around after the end credits, because we have a special treat: a previously unseen performance from LiveMix Studio with Sasha Colette, performing “Wayfaring Stranger”, accompanied by John Lilly and Jonathan Wood. Special thanks to Adam Harris for granting us access to this video, captured by Brian Young’s remote control camera and re-mastered and edited by Rudy Panucci.

While this special look back at LiveMix Studio is episode 150 of Radio Free Charleston. Later this year we are going to start producing periodic episodes of “The Best of Radio Free Charleston” which will present themed compilations of some of the highlights of our show from the past six years. We’re also going to be restoring and remastering many of our archive shows, and we’ll be making them easier to find on the web.

After our two-month-plus hiatus, which was partly planned, partly not, it’s exciting to be back and we’re going to be jumping into the thick of things next week with RFC 151, the first of at least eight weekly editions of the show. You wont want to miss this.