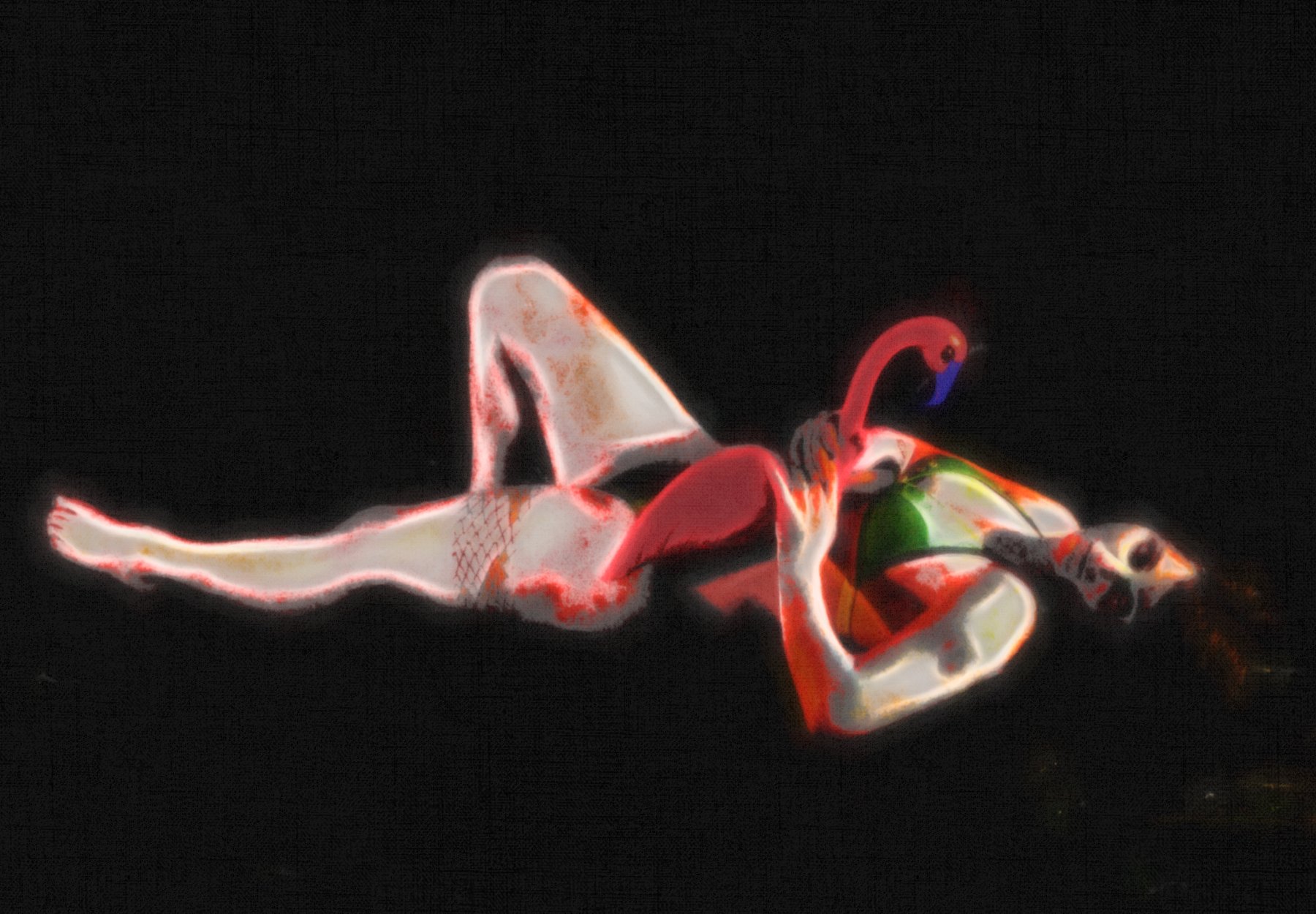 This week I got a little experimental. Inspired by a pose struck by Pepper Fandango from a Dr. Sketchy’s session probably ten years ago, I pulled out a cheap, small black canvas I had laying around the office, did the basic figure in white-out, let it dry for two days, and then colored it in with pastels. The end result was…flaky and a bit more gray than intended, but it looks good in this photo. In real life Pepper does not have a zombie complexion, and to be honest, the reason she does here is because I didn’t realize how poorly pastel works over top of white-out. 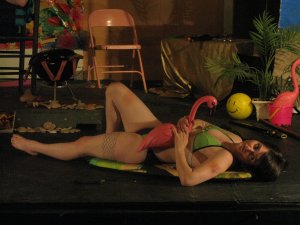 I was afraid to put it in the scanner, even with some protective plastic.

You can see the photo that inspired this to the right.

This was basically an exercise in trying something new and not being afraid to fail. I’d say it was partially successful, but I have questions about the durability of the finished piece.

Meanwhile, Monday on The AIR, we pay salute to the wonders of Suddenlink by scheduling repeats of recent episodes of Psychedelic Shack at 2 PM, followed at 3 PM by an encore edition of Herman Linte’s weekly showcase of the Progressive Rock of the past half-century, Prognosis.  You can listen to The AIR at the website, or on the embedded radio player at the top of the right-hand column of this blog. The Haversham folks produced new episodes this week, but my attempts to download the files met with frequent internet outages. Look for the shows next week.

Psychedelic Shack can now be heard every Monday at 2 PM, with replays Tuesday at 9 AM, Wednesday at 10 PM, Friday at 1 PM,  and Saturday at 9 AM. Classic episodes can be heard Sunday at 9 AM as part of our Sunday Haversham Recording Institute collection.

Monday at 7 PM on the air, our Monday Marathon brings you 12 great episodes of Mel Larch’s Curtain Call, so you can still rock out to showtunes while you’re waiting for Broadway to reopen.