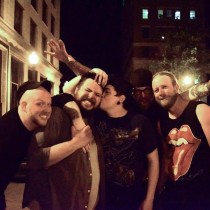 Our Christmas show for 2015 captures songs from a benefit show put on at The Empty Glass on December 12. The Logan-area band, let The Guilty Hang, lost all their equipment, merchandise, instruments and equipment cases in a fire in October.

To help raise money for the band, Jeff Ellis, Sheldon Vance, Aaron Fisher, Speedsuit and Farnsworth all performed, with all the proceeds going to help this band get back on their feet.

This was the true spirit of the season. Musicians came together, giving their gift of music to help raise money for fellow musicians down on their luck. When I first heard about this concert, I felt that it would make for a Christmas show more appropriate for the season than anything that I could contrive (especially since I was considering hosting it as Count Rudolf).

Chris Vance, of Farnsworth, put this benefit together, and he and his fellow musicians, all veterans with multiple appearances on RFC under their belts, deserve our respect and admiration for rallying around their fellow artists.

Kudos also go to The Empty Glass for hosting the evening. Everyone earned major Karma points, but that wasn’t even their consideration. They did it because they wanted to help. Details on the artists follow, below the jump… 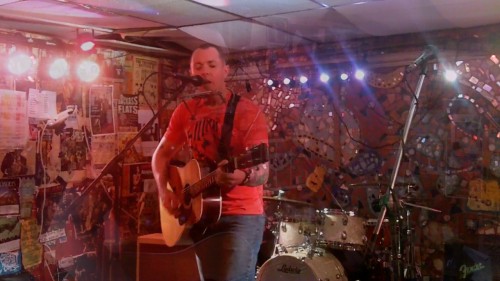 Jeff Ellis opened the show because he had to be at work the next morning at 4 AM. Jeff is one of the most respected songwriters and musicians in the state, and it was wonderful to have him on stage. 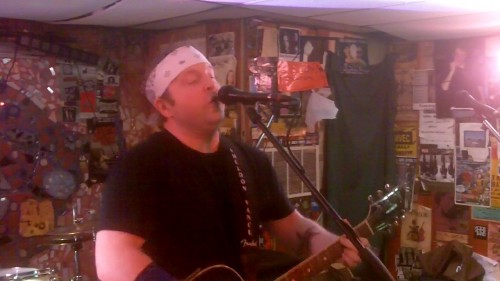 Sheldon Vance, like Jeff, is originally from the Logan area, and brought his acoustic punk to the stage to pitch in as well. We’re always happy to have Sheldon on RFC. 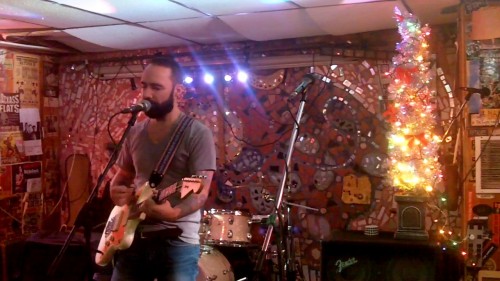 Aaron Fisher pulled double duty, performing solo acoustic and also playing bass with Farnsworth. Aaron is a producer extraordinaire, who also has incredible musical chops. Look for his other band, Ghost Fleet, to turn up on RFC soon. Aaron also provided the Christmas Tree that pops up halfway through the show. 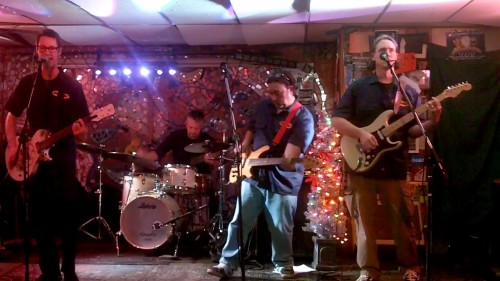 This is the first time that we’ve recorded the new line-up of Speedsuit, and it was a real treat. The band now includes two of my oldest friends from the local music scene, Stephen Beckner and Dan Jordan (you can see them in other bands on the first two episodes of Radio Free Charleston). They’re joined by Dave Roberts and Ryan Jackson, and the results are phenomenal. 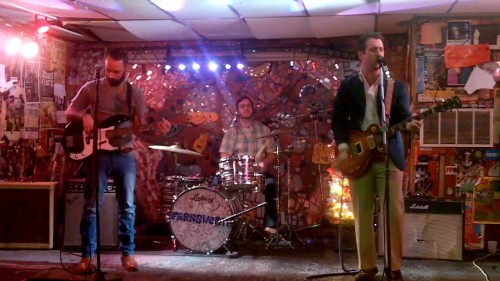 Farnsworth, Chris Vance, Jason Reese and Aaron Fisher, closed the evening with a white-hot set of mostly original tunes. I personally want to thank Chris once again for organizing this show. It really did encapsulate the selflessness of some of our finest local musicians, and I hope it made for a memorable Radio Free Charleston Christmas Show.

If you would also like to donate to help Let The Guilty Hang rebound from their loss, follow this link.

And just so that we don’t miss out too much on the more festive elements of the season, come back next Monday for a special Christmas-y RFC MINI SHOW with The Laser Beams.