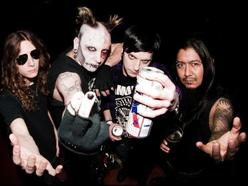 Way back on Radio Free Charleston 22 (a 2007 episode that is currently offline, awaiting restoration), we brought you a music video by Voices of Anatole which was the directorial debut of Holly Siders.

Six-and-a-half years later, Holly is still creating terrific music videos. Her latest is for a Pittsburgh band called Only Flesh (seen above), who have quite the distinctive look and sound. “Crucivixen” is a pretty incredible circus of bondage and piercings and powerful music.

We were impressed with Holly’s early work, and it’s great to see how she’s evolved as a filmmaker with her Screaming Butterfly Entertainment productions. We’re bringing you this video now in PopCult, but if Only Flesh ever comes to Charleston, we’ll probably pop it into an episode of RFC, too.