The Connection Between America’s Test Kitchen and Radio Free Charleston 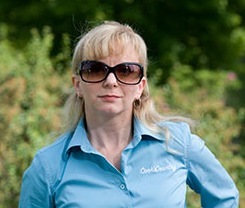 It’s nostalgia time, folks. I’ve been thinking about the old radio incarnation of Radio Free Charleston lately, and I’ve learned some surprising new details about one of my old RFC cohorts with whom I’d lost touch.  Let me share the story with you.  This is the wild and happy story of what happened to Bridget, the second jingle singer for RFC.

Bridget Sapp was a very special young lady.  I had a huge crush on her, as did everyone who’d ever encountered her.  She worked at the Benetton in the Charleston Town Center and I’d met her at the legendary Charleston Playhouse during  one of the Tuesday jam nights.  When the original jingle singer for RFC proved to be “difficult” I wiped her voice from the show and brought in Bridget, who was a better singer by far anyway.

Bridget and I also spent about an hour just doing improv in the studio, which resulted in all sorts of hysterical short comedy bits that made it to the air.  I even ran tapes of us flirting, which were strangely entertaining in their own right.

Bridget and I were never  romantically involved (not for lack of trying on my part) but we were buddies and I spent more than a few hours standing around an overpriced sweater store in the mall just to talk with her.

I lost touch with Bridget shortly after the RFC radio show was canceled.  She’d left her job at the mall, and was pursuing her dream to be a pastry chef.  I’d hooked up with RFC Big Shot Melanie Larch (our current jingle singer, by the way), and was busy taking care of my ailing parents.  Still, once in a while I’d think of Bridget and smile.

Getting closer to the present, RFC Big Shot Brian Young had mentioned to me a few months ago that he’d seen Bridget on a cooking show on WPBY, our local PBS station.  I figured she was probably still local, and appeared on one of the cooking shows that they produce here in West Virginia.  “Good for her,” I thought at the time. I missed my old girl-buddy and was hoping she was happy, where ever she was. 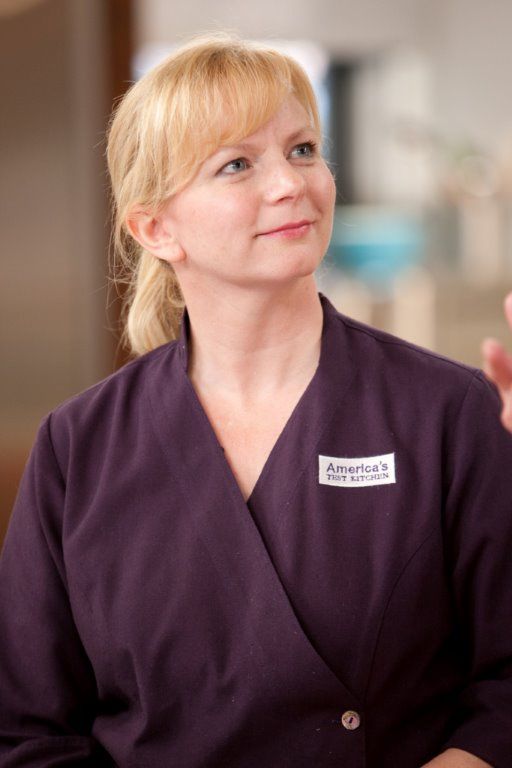 It seems I was mistaken about the extent of Bridget’s cooking career.  Bridget came up in conversation again just last week, and Brian elaborated a bit and guided me to some pertinent webpages. Bridget had indeed gone on to pastry school, had married a fellow chef, and had become a successful cooking expert, joining the staff of the prestigious “Cook’s Illustrated” magazine back in 1998–and since 2001 she’s been one of the co-hosts of “America’s Test Kitchen” on PBS. She’s living in the Boston area, where the show is produced.

I feel like a complete doofus for not knowing this until now, because after this revelation I remembered an article in the Sunday Gazette-Mail a few years ago that mentioned one of the hosts of “America’s Test Kitchen,” Bridget Lancaster, had local ties. At the time I wondered for a few fleeting seconds if that was “my” Bridget, but I was then distracted by a bouncy ball or shiny piece of plastic or something and never bothered to Google the matter any further.

It was my loss. The girl had done good.  Hell, as a writer she was more widely published than I was.  And she’s on national television with a weekly audience of three million viewers.  Last Saturday I caught her on the show for the first time. Bridget is as lovely and funny as ever.  Still capable of dropping a single line into a conversation that brightens the world with the light of fresh absurdity.   Thanks to JoseMonkey’s blog, you can hear ten seconds of Bridget’s sly wit on display….

“Money shot” on PBS, no less. That’s why you gotta love Bridget.  I hear from the ATK message boards that Bridget is currently on maternity leave with her second child.  I wish her all the happiness in the world and hope she’s back on TV soon. I know that “America’s Test Kitchen” has a new fan.

This whole episode does make me feel somewhat stupid for not knowing that my former jingle singer has been on national television for the last six years.  Especially since I’ve actually been watching cooking shows all this time, just not on PBS (sue me, I’m an Alton Brown fan).  Here I get a little frustrated sometimes when I meet an old RFC buddy and they haven’t heard that I revived Radio Free Charleston on the internet over a year ago, meanwhile one of my closest friends from the old days has been on national TV since 2001 and I was totally oblivious.

So that’s what happened to the lovely Bridget, our jingle singer during the highest-rated era of RFC.  She’s now Bridget Lancaster, the famous TV chef and magazine editor.  I hope sometimes she looks back on her time on Radio Free Charleston and smiles.