The Holiday Video Parade Marches On, Plus HAIR on The AIR! 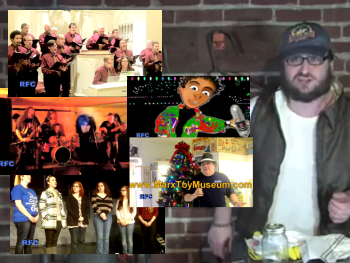 Six days and counting, and today we’re jumping back to 2012, for one of our most epic Christmas episodes of Radio Free Charleston ever!

This show features music from the Charleston Gay Mens Chorale, a duet from Lee Harrah and Pepper Fandango, a special “double trio” from the cast of “MARY: A Rock Opera,” and a surprise from Prank Monkey. Also in this episode, we have the Ghost of Animation Past, a holiday message from Razor Sharp Studios and Burt Flemming, and a quick musical tour of The Marx Toy Museum in Moundsville, WV.

That duet between Pepper and Lee is on the now-controversial song, “Baby, It’s Cold Outside.” I asked Lee and Pepper if they’d do this tune for the show, and I don’t think any of us really considered the lyrics until we started shooting, and it struck all of us that the song could be construed as being more than a little rapey. The sheer absurdity of a song that was sly innuendo for its time seeming so outrageous in today’s context seemed hilarious to us. Little did we know.

“Marx Toy Museum” was episode 176 of Radio Free Charleston, and it’s also one of our strongest.  It’s made just a wee bit bittersweet by the knowledge that the Marx Toy Museum has closed its doors, but there’s always hope that the museum will reopen, if only for brief moments here and there, which it has a few times in the last couple of years. Thanks to The Marx Toy Museum being on American Pickers, this blog has picked up thousands of new readers, who found us via Google thanks to this show, and the many articles we ran about the museum over the years. 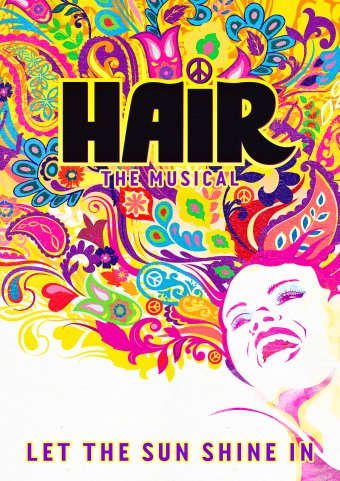 We will bring you more RFC holiday videos tomorrow, and I want to remind you that you can check out all kinds of cool Christmas stuff on our companion radio station, The AIR. Listen on this sweet little embedded player, if you are so inclined…

Wednesday at 3 PM, Mel Larch will bring you a holiday edition of Curtain Call, and that will be followed at 4 PM by a special episode of Curtain Call devoted to the 50th anniversary of the musical HAIR. This is in honor of the show’s composer, Galt MacDermot, who passed away earlier this week at the age of 89. Our tribute brings together the highlights of show from many different recordings, including the original cast album, revival casts, the London cast and several cover versions.

HAIR was one of the most important musicals in Broadway history, marking a real turning point in the incorporation of elements of rock music into the world of show tunes, and also opening up the stage to more challenging political and social themes. Plus some productions featured nudity, which can be lots of fun, in case you haven’t tried it.

The plan is to trot out our copious amounts of holiday programming all week long on The AIR, and mix in a couple of new programs, possibly as soon as tomorrow.