We continue the 2014 PopCult Gift guide with eight toys that we recommend for kids of all ages. All but the first two are toys that we’ve reviewed here in the PopCult Toybox. We’re starting off with two new toys that get more detailed reviews over the next two weeks.

Back in July, 2013 I reviewed Tim Mee Toys’ Galaxy Laser Team figures. These were great little plastic Army Men-sized science fiction space warriors, and I thought they were terrific.

Now Tim Mee Toys has discovered the molds for Jumbo versions of six of those figures and they’ve reissued them in a bright green color. The new figures are more than twice the size of the originals, standing nearly five inches tall. Next week’s PopCult Toybox will present detailed reviews of all of the new reissues from Tim Mee Toys, but we wanted to clue you in on this set early. You can order these nifty space guys from Amazon.

You’ve probably seen the press for this new fashion doll, since the story went viral at least three times in the last year, but Lammily, the “average body” fashion doll is actually a pretty cool gift idea on many fronts.

First there’s the stated purpose of giving young girls a role model doll with realistic body proportions. However, there’s also the matter of providing 1/6 hobbyists with a different body type to use alongside other figures in dioramas. Most 1/6 female action figures have more unrealistic body proportions than Barbie does, and that’s really not practical if you want a figure to go on an Adventure mission or a military strike alongside the guys.

You can order Lammily and her accessories directly from the manufacturer. You can have fun with tin representations of Darth Vader, Boba Fett, a Stormtrooper, C-3P0 and Chewbacca. These wind-up robots stand 7.5″ tall and will set you back about twenty dollars each.

You can find Schylling Toys at Kid Country Toys in Charleston and at online retailers. 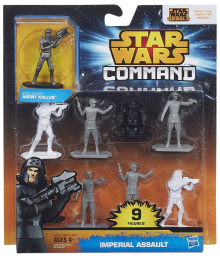 While we’re talking about Star Wars and plastic Army Men, I have to give a nod to Hasbro for bringing Star Wars to the world of playsets. Star Wars Command is a large line of inexpensive Army Men-sized Star Wars figures. Sets can be found for as cheap as five bucks, with more elaborate playsets selling for more than fifty.

There’s a ton of sets available with all your favorite Star Wars characters and these are on sale where ever toys are sold. 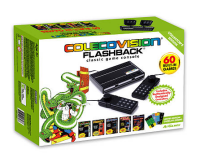 What this is, basically, is a tiny replica of the original videogame console, with 60 (or 61 if you buy it in the right place) built-in games. Most of the games are original games that were available on the Colecovision Game System back in the early 1980s.If you buy it at Dollar General, you get an extra game. At Sam’s Club you get extra overlays for the controllers.

Originally forty bucks, many stores are marking these down as low at twenty-eight dollars in time for the holidays. That’s less than we used to pay for a single Colecovison game back in the Jurassic period. 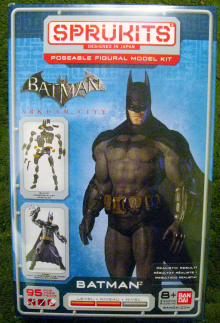 You can find different sizes of kits at various price points, with Batman, Superman, HALO and some Anime characters. These are fun building toys and the figures display well. Found at Toys R Us and other major retailers. 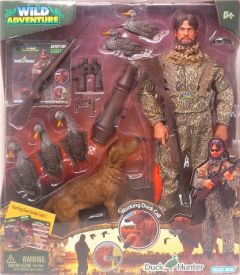 Just last week I told you about these great new 1/6 scale action figures that are only available at Target.com as an online exclusive. With decent articulation, great accessories, terrific headsculpts and very reasonable prices, the surprise arrival of these figures made a lot of 1/6 hobbyists really happy after what has been a pretty dismal year.

The figures are eighteen bucks each, except for one deluxe Duck Hunter figure. The other four are a Bear Hunter, Fisherman, Deer Hunter and Turkey Hunter.

Those are our toy recommendations. Tomorrow check back for our picks from the world of music.