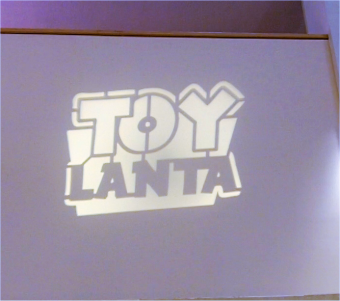 ToyLanta (formerly JoeLanta) is in the books for another year, and your PopCulteer is back home and rested enough to start giving you some comprehensive reports. As always, it was a huge amount of fun as long-time toy collectors gathered around their favorite playthings to socialize and buy, sell and trade. We had a few interesting things happen this year, but it was still a wonderful experience.

Among the “interesting” things we encountered when we checked into the Marriott Century Center in Atlanta was the ongoing renovation of the hotel, and a boil-water advisory due to a massive water main break about five miles from where we were. Being from West Virginia, the mini-water crisis was old hat. We lived through the the chemical water fun of a few years back, so this was nothing.

The ongoing renovations, however, played a bit of havoc with my plan to post videos every day of the show. I didn’t bring headphones, and was editing on my laptop for the first time. I was able to post a report on the first day, but the audio was nowhere near my normal standards. I couldn’t hear too well over the jackhammers and pounding, so rather than just do a short video for each day, I plan to re-edit the “day one” clip and incorporate it into a general round-up video that will hopefully be ready by this weekend. 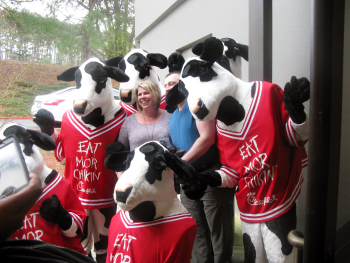 The show was also invaded by cows, but nobody was seriously harmed, and professionals were on hand to treat anyone who suffered from Post Bovine Stress Disorder.

Aside from the minor adversities, we had a fantastic time. I bought way too many toys and Mel even got up and sang two songs with Radio Cult. In fact, another factor that threw off our schedule of posting videos a bit was that Saturday became a bit of a crowded day. I was up at 6 AM, planning out the video shoots for the day, and we got to go to sleep sometime well after midnight. 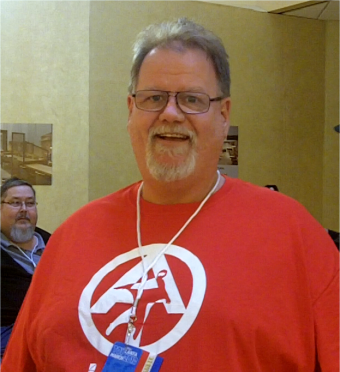 We actually checked into the hotel on the Wednesday before the convention so that we could meet up with old friends like Buddy Finethy, E.J. White, Marten Jallad, Brian Becker, Steve Charlton, David Lane, Scott Beckmann and many others who will probably be mad at me for forgetting to mention them.

It was also great trun into Mike Gardner (right) who stepped in to run the diorama and custom figure contest this year when Dave (Tanker) Matteson had to bow out due to a Disney emergency. Mike is one of the master class of diorma and custom builders in the hobby, and the contest was in good hands with him in charge.

Also in the photo is Tony Stroud, who makes some amazing custom and reproduction boxes for GI Joe and other action figures. 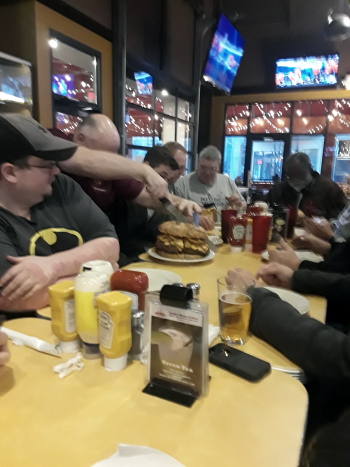 Wednesday we went to Lucky’s for dinner, and some of the party devoured two twelve-pound giant hamburgers.  It’s become a tradition, one in which I will not participate (sorry folks, I hate bacon and don’t eat much red meat).

Thursday more folks arrived, like Tim Weedn, Jack Hall and Andrew MacGready. Andrew stayed at another hotel, so we didn’t really get a chance to see him until Friday, but we’re glad we did because a medical emergency Friday night caused him to miss the panel he was hosting on casting and sculpting.  All is well now, and he’s planning to make up for it next year.

Friday night the folks who bought Commander’s Packages were able to register and pick up their convention figures, and also had an early crack at the vendor’s area. Of course, the vendors are also old friends, and it was great to mingle and throw money at Greg Brown from Cotswold Collectibles, James Wozniak of Classic Recasts and other fine folks like Alan Dawson, Steve Stovall, Bryan Tatum, Barry Pippen, Aaron Luck, Rush McAllistair, Chuck Van Voorhis and many, many more.

Our next post will present Tim and Lisa Weedn’s latest Studio Joe Creation. After that, I’m going to show off my ToyLanta swag. In the coming days you can expect photo essays of the vendor’s rooms, the diorama and custom figures and finally the big wrap-up video.