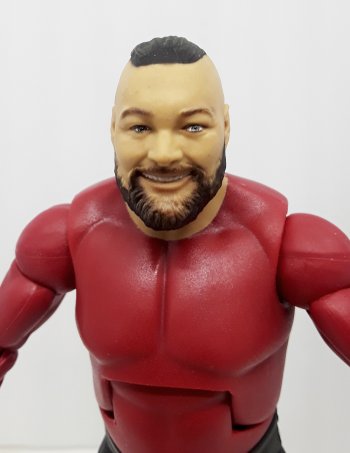 This is only available online, and it’s a real treat because it depicts WWE’s most bizarre wrestler, Bray Wyatt, in his Mr. Rogersesque Kid’s Show host mode, complete with his puppets and a cardboard backdrop of the Firefly Funhouse set.

If you’re not familiar with WWE, Wyatt is a talented wrestler who used to do a sort of swamp-based backwoods cult leader gimmick. After spending some time off TV, he returned in April 2019, first in a bizarre series of “Firefly Funhouse” videos, which spoofed kid’s shows, but had a really dark edge. Over time, the Funhouse segments got darker and darker, until it became apparent that Wyatt had multiple personalities, which manifest themselves as his three main pupppets, Abby the Witch, Mercy The Buzzard and Ramblin’ Rabbit (who has been killed onscreen many times). His darkest alternate personality is The Fiend, which is Wyatt dressed in gear that looks like Beetlejuice meets Mad Max, sporting a grotesque monster clown facemask, which was designed and built by Gore Effects legend, Tom Savini. 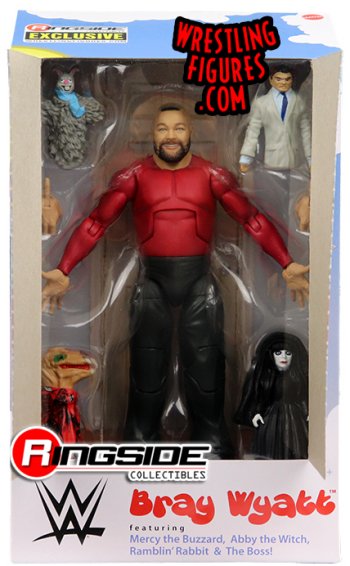 The Fiend is very popular with fans and has had an action figure or two made of him already. But this is the first time we’ve gotten an Elite figure of Wyatt as the host of The Firefly Funhouse.  As you can see in the photos below, this is a really cool action figure.

This six-inch-plus tall figure is exclusive to Ringside Collectibles, and is currently on back order, but it should be back in stock in time for holiday gift giving. Not Halloween, though. I meant the other holiday.

The Firefly Funhouse segments are a surreal, very meta, commentary on Wyatt’s career, and at times a puppet of WWE head honcho, Vince McMahon, sporting devil’s horns, turns up to make things even more bizarre.

At the most recent Wrestlemania Wyatt and The Fiend took on John Cena in a surreal “Firefly Funhouse Match,” that was probably the strangest thing WWE has ever aired. Depending on what you think of the gimmick, you either hated it, or thought it was brilliant.

Being in the thinking the Funhouse is brilliant camp, I decided to spring for this figure, and here’s what you get (photos by your PopCulteer, except for a few clearly labled pics that were swiped from the Ringside Collectibles website)…

The packaging is deluxe, with perforated opening flaps, which you can swing open to display your figure in the box. Or you can leave it unpunched, and slip him out the top, like I did. Above you see the front, back and side panels, and above that on the left, you see what it looks like with the flaps open. 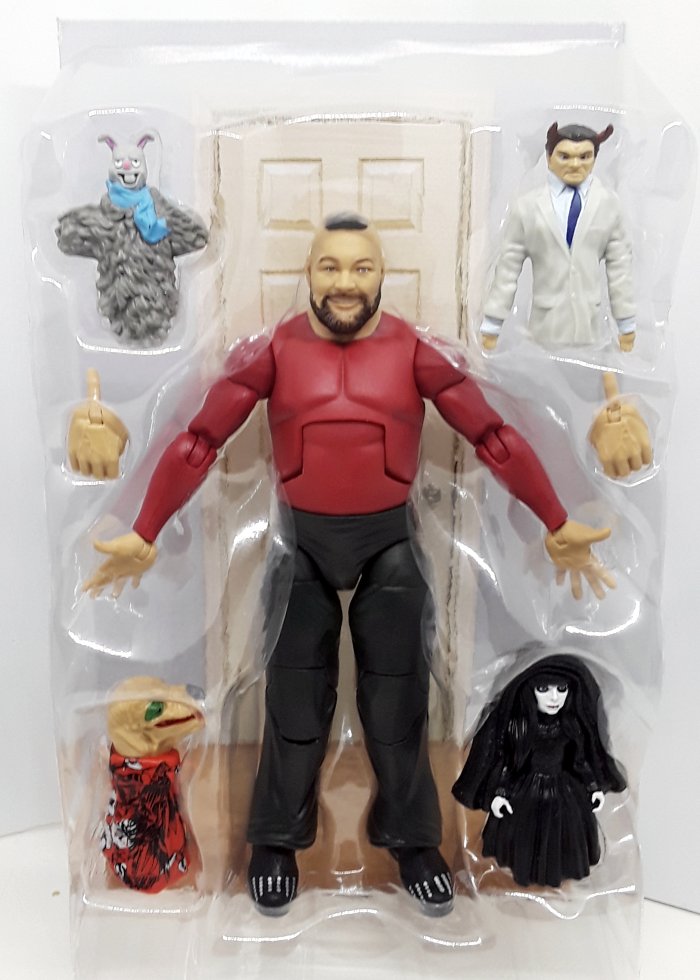 Once opened you get a figure with an amazing likeness of Wyatt (minus any visible tattoos), on a figure with 19 points of articulation (range of posability is somewhat limited by the sculpting, though), a set of interchangeable hands, and four of the Funhouse puppets, Abby, Mercy, Ramblin’ Rabbit and Mr. McMahon. The puppets each fit on the end of the figure’ s arms, which is a nice feature even though none of them ever appear manipulated by Wyatt on TV. You also get a decent little folding backdrop, with an opening door and little windows for the puppets. 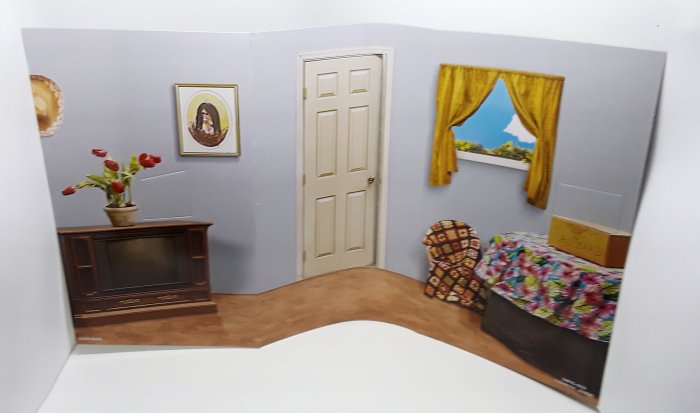 The backdrop is a really nice touch. 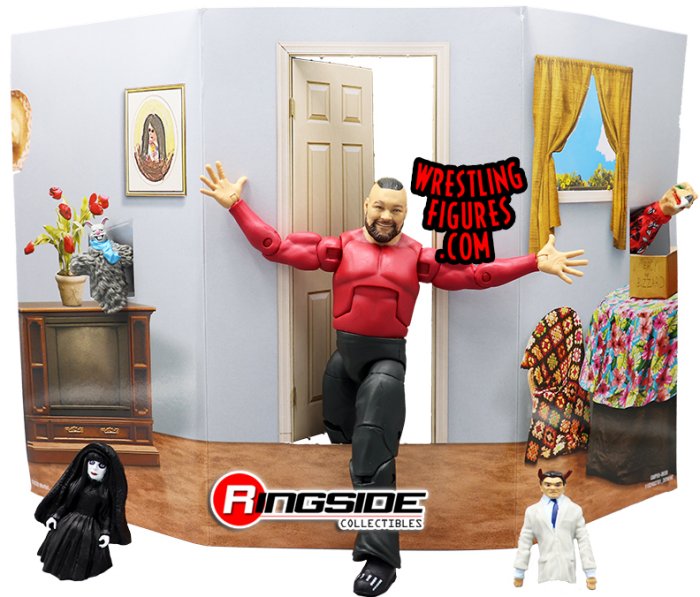 In this swiped photo you can see it in action. 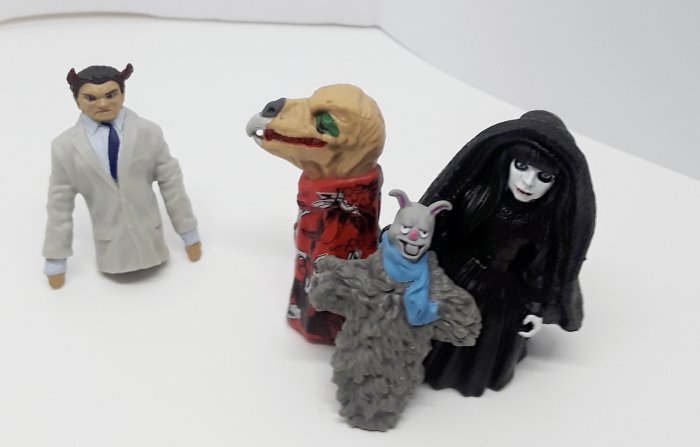 I have to admit, it was the puppets that sold me on this set. The likenesses are dead-on, and the paint jobs are pretty impressive for such tiny pieces. 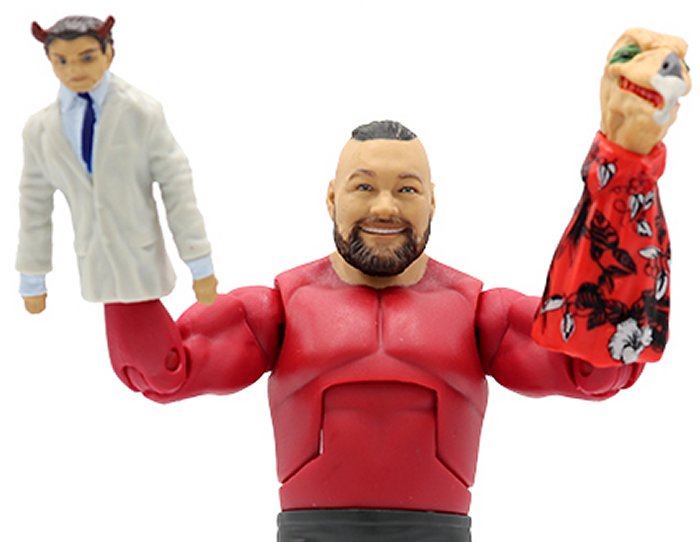 Here you can see them in action. Many a wrestler has wanted to ram his fist where Wyatt has his right hand. 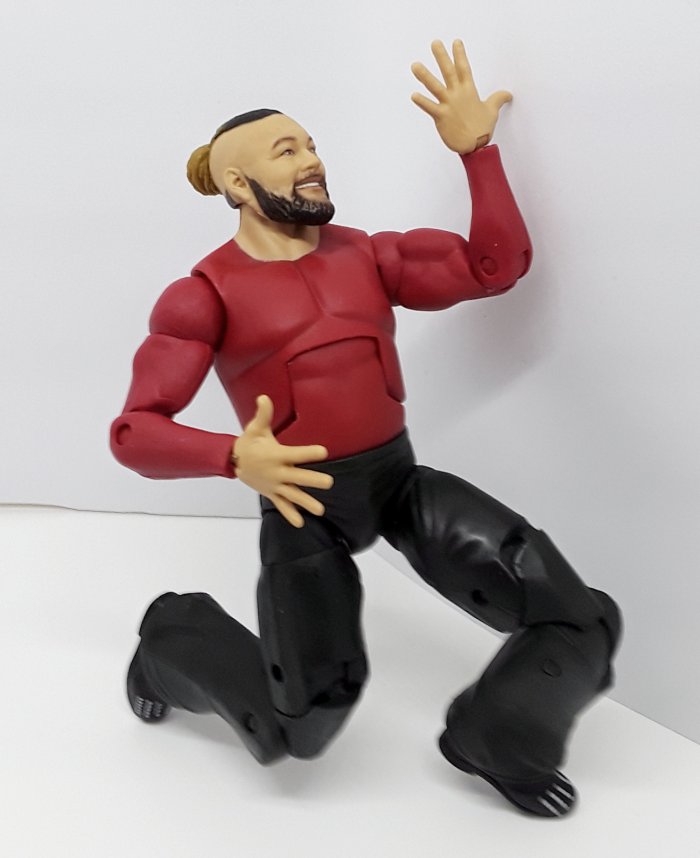 With his jazz hands reattached, Wyatt can show off his articulation with some high-class truckin’. 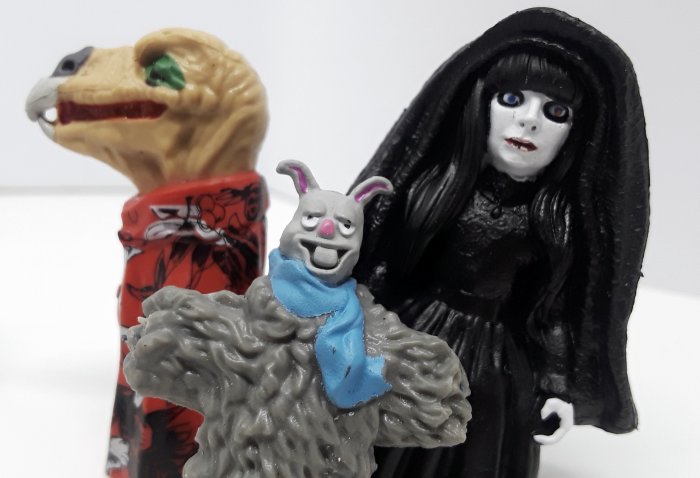 A closer look at the three main puppets. Sadly, we did not get the gluttonous pig, Huskis. 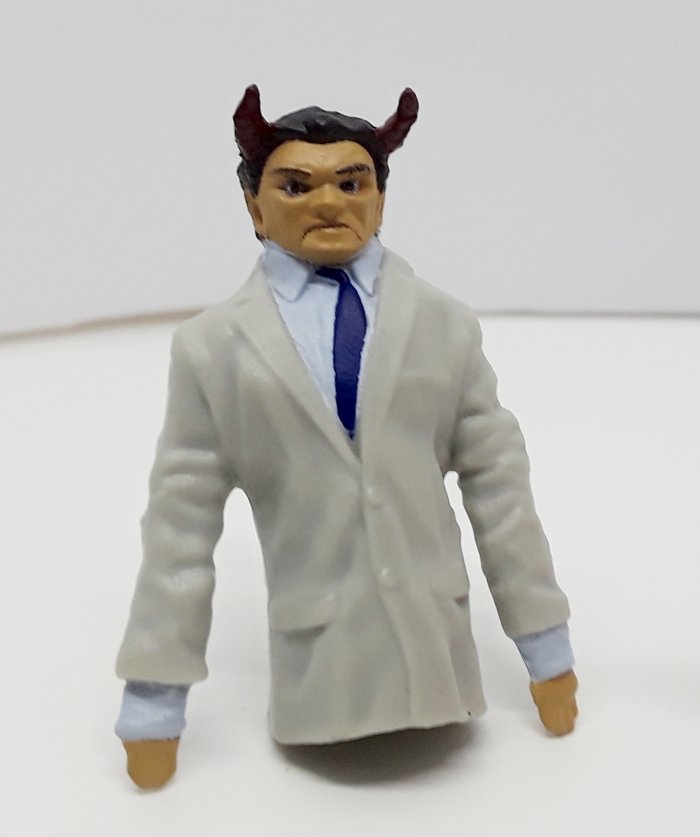 But we do get the devilish Mr. McMahon puppet, who made this all possible. 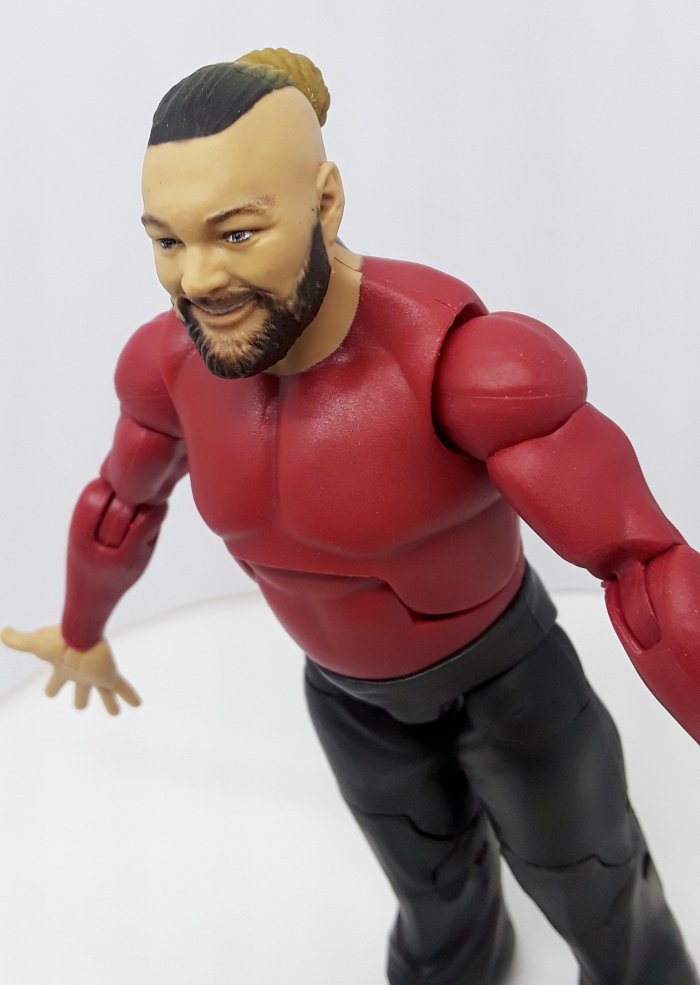 With one last look at that amazing headsculpt and slightly imprecise paint job, we take our leave this week.

Be sure to check PopCult for all our regular features, and prepare yourself for new shows, returning next week on The AIR, following our week of Swing Music this week.