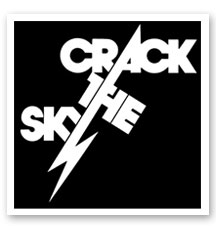 Crack The Sky are probably the best band you never heard of. Formed in Weirton over 45 years ago, they moved to the Baltimore area soon after and attained a cult status that they have never quite managed to outgrow.

It’s not due to a lack of musical quality. Crack The Sky ranks among the greatest American progressive rock bands, and they’re still performing occasionally in around Baltimore, where they have remained local favorites for four decades.

John Palumbo is the band’s lead singer and primary songwriter, and his musical vision has carried the band close to the fifty year mark.

Tonight we present a rare concert, which was original simulcast on WBAL TV and WIYY 98 Rock FM back in 1982. This is the band at their peak of their second incarnation (they’re on their forth incarnation now). This was a wild and rare moment from back in the days when local TV stations would occasionally break their formula and try something innovative.

So check out a cool band that you probably never heard of before.