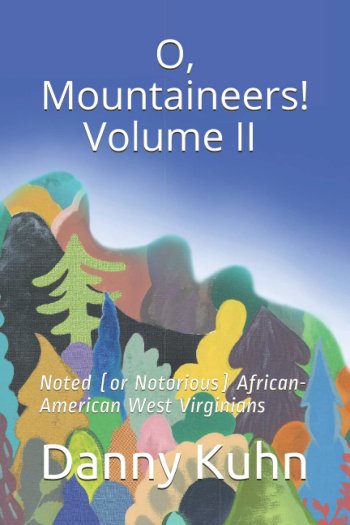 As with his first book, this is a lively read, and one that doesn’t need to be consumed in one sitting. In addition to pulling back the covers on the many contributions that West Virginia has made to the world, this book uncovers the often-overlooked stories among the overlooked, as Black folks don’t usually get their due in American culture, and West Virginia is no different.

This book tells you about Katherine Johnson, who was barely known before the movie Hidden Figures showed how vital her contributions and calculations were in getting us to the moon. You can read about Bill Withers and Steve Harvey, and John Hardy and John Henry.

Kuhn has really done his research, and this book manages to take a deep dive into the African-Appalachian experience in a brisk, episodic format that drives home the heroic and the tragic aspects of the tapestry of Black West Virginia.

We’ll go to the publisher’s blurb for more details,

African-American West Virginians, whether by birth, residence, or death, have reached the pinnacle of success in almost every field, including entertainment, business, the military, medicine, and sports. They include generals and aviators, an artificial heart pioneer, the world’s most prolific jewel thief, a victim of John Brown’s infamous raid, the builder of Mother Emmanuel Church, and the actual inspiration for Johnny B. Goode. There were inspired educators born into bondage, and dark tales of discrimination and mob violence. Some are everyday names, while some you will meet here for the first time. These seventy stories, told with the ease of back-porch conversation, remind us that, from John Henry to Steve Harvey, Mountaineers are Always Free! Exhaustively researched and filled with hard-to-obtain genealogical information, O, Mountaineers! Volume IIis a must-read for West Virginians or anyone who loves true tales of tragedy or triumph, well told.

O, Mountaineers! Volume II: Noted (or Notorious) African-American West Virginians should be available to order from any bookseller, using the ISBN number above, or you can take the path of least resistance and get it from Amazon.